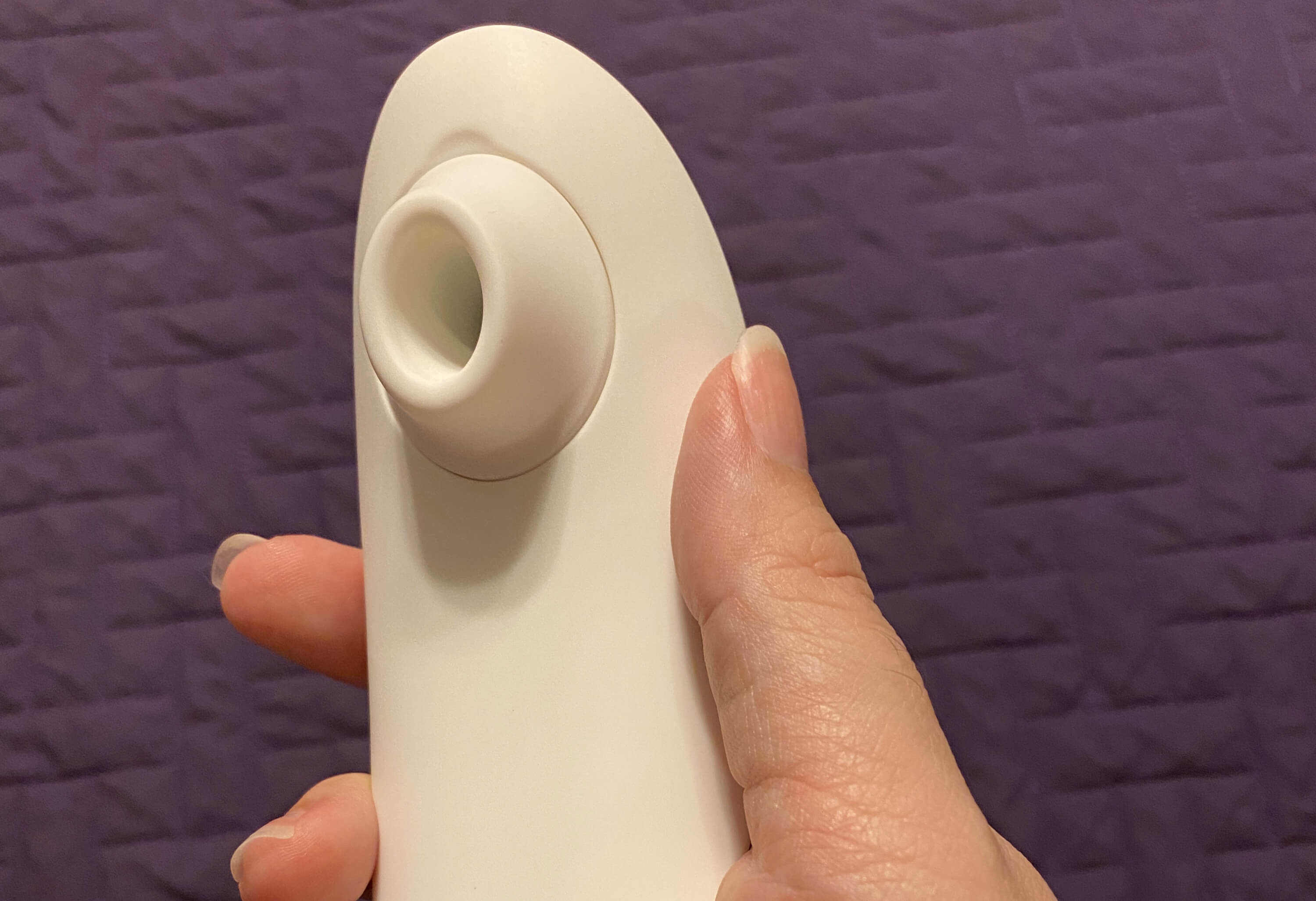 I couldn’t figure out why the rhythmic thumping of the pressurized waves from the Womanizer Premium felt so familiar and comforting until I drove down an empty highway with music blaring in my ears and through my seat. The thumping was instantly recognizable. The pulse of music throbbing through the driver’s seat had long been an on-switch to desire, arousal, and sexual fantasies.

Before (and after) I began this blog, most of my sexual fantasies occurred in the car on my hour-long commute to work. I figured they were the overwrought imaginings of a sexually dissatisfied (and repressed!) person who had a lot of time to think too much. That there could be a connection to the beat of the music I listened to each day and my own arousal escaped me until a random road trip in early August 2020.

But there it was. The connection between the music I always gravitate to (thumping, beating, pulsing, throbbing) and the reason I felt the first stirrings of my arousal. Not just years ago but also now (possibly) returning after a year or more of ghosting me. The old libido left me so high and dry (literally) I wondered if it was more of a catfishing situation. Was my former level of sexual arousal legitimate or had I fooled myself into thinking I may, in fact, be “a sexual being”? That’s another thought for another day.

I don’t just turn music up in the car because I love it. Or because I want to drown out the sound of my own tone-deaf but exuberant voice. Though both are true. I turn it up because even in the saddest cars I’ve ever driven, the vibrations often pulsed upward through my seat. Never enough to get me off, but it always felt good. Arousing. Sensual, even.

Thanks to working from home, pandemics, and just a different lifestyle than an old one involving hour-long commutes and random road-trips, I’d forgotten that feeling. And I’d clearly never been conscious of what was happening — at least not enough to recall it without the help of good music on a road trip. In a slightly awkward three hour drive, I reconnected with a sexual part of myself and indulged in arousing thoughts and loud music, all without anyone else being the wiser. That feeling has stayed with me, though, which may explain why the Womanizer Premium is still on my nightstand, waiting for me. 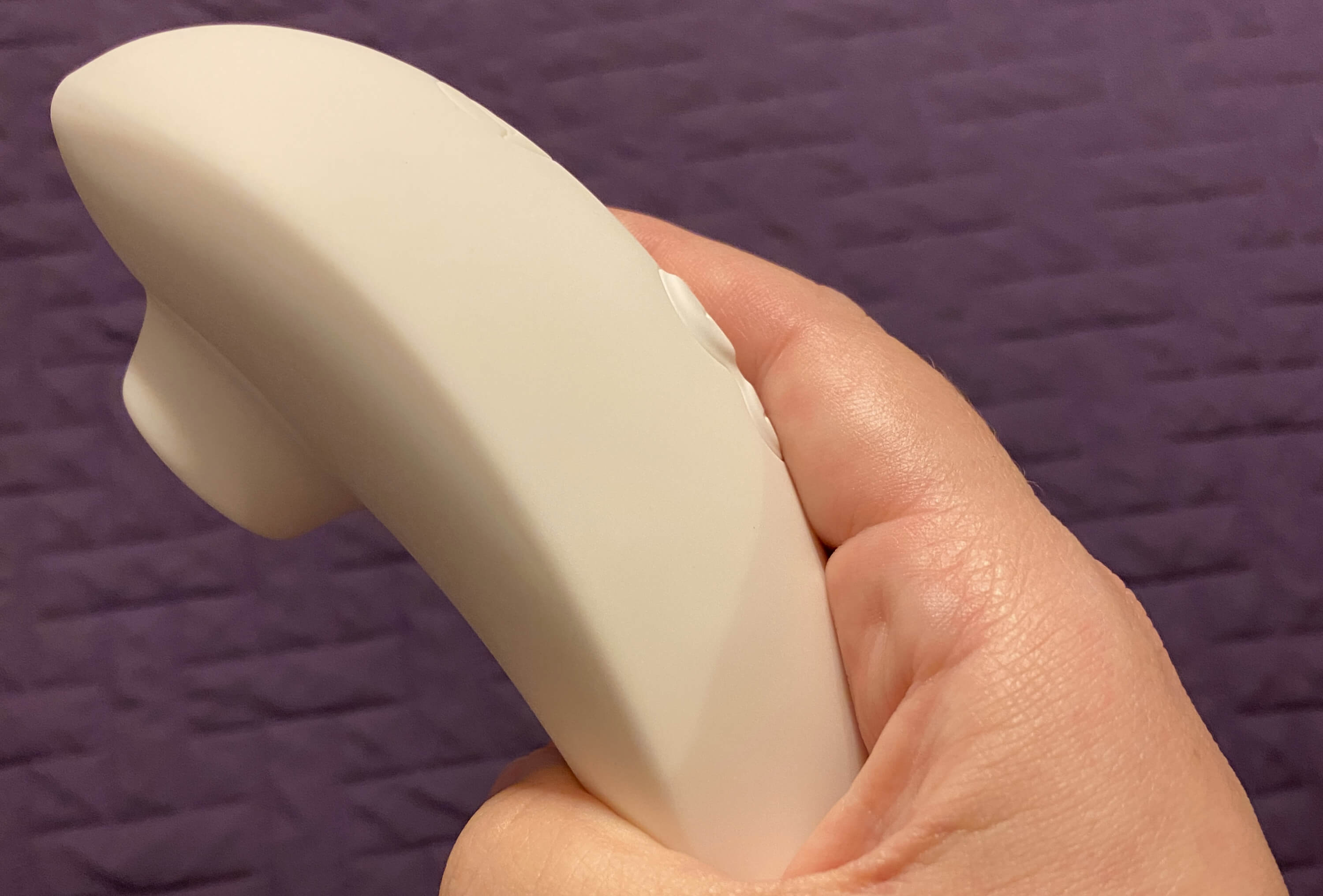 Okay, so to the actual review.

I’ve tried the other brands’ versions…and at best, tolerated them and at worst, wondered why I bothered. There’s a reason Womanizer is the OG of these kinds of vibrators. They do the pressure air/wave thing well. That being said, it’s not perfect for me. Let’s get into it.

It works like this: The nozzle fits over the clit, you use the buttons to find the intensity or pattern you like, and away you go. The sensations come from their Pleasure Wave technology. It’s super quiet, super powerful, and comes with 12 settings.

Did I get off? Yes. Did I get off multiple times? Oh yes. Did I squirt for the first time in months, practically gushing in a way that is reminiscent of orgasms of old? Hell fuck yes.

And was it delightful? Comforting? Great? Yep, to all of that.

So why am I not gushing (verbally) about it? I liked it but…

Thanks a very plump, fleshy cunt and a shy little clit, finding the exact right position to situation the nozzle took a while. I moved millimeter by millimeter over my vulva, spreading my labia, almost digging around for my clit. When the old libido is already at an all-time low, that doesn’t exactly bring the heat, ya know?

The nozzle essentially suction-cupped itself to my body and brought the waves. There was that familiar, comforting, sensual thumping throb I couldn’t place. Followed by toe-curling, muscle-tightening, wave after wave of orgasmic pleasure. First one, then another. The splash of hot fluid against my skin surprised me. Oh, there you are. It’s been a while, hasn’t it?

I didn’t even try to put on a show or sex it up for him. I was working here! But also, damn it felt good. When was the last time I got lost in the grip of an orgasm or two? Fuck if I remember.

When I was done, the nozzle parted from my clit and vulva with a small pop. (No pain but that was the moment I realized it was suction-cupped to me.)

But when I’m in the mood for the sensual comfort of familiar throbs and pulses? Now that I’ve made the connection between listening to music on long drives and the Womanzer Premium, yeah, probably so.

Things you might want to know about the Womanizer Premium:

Want to get one for yourself?

Buy the Womanizer Premium — use code VIPLIST to save 5 percent