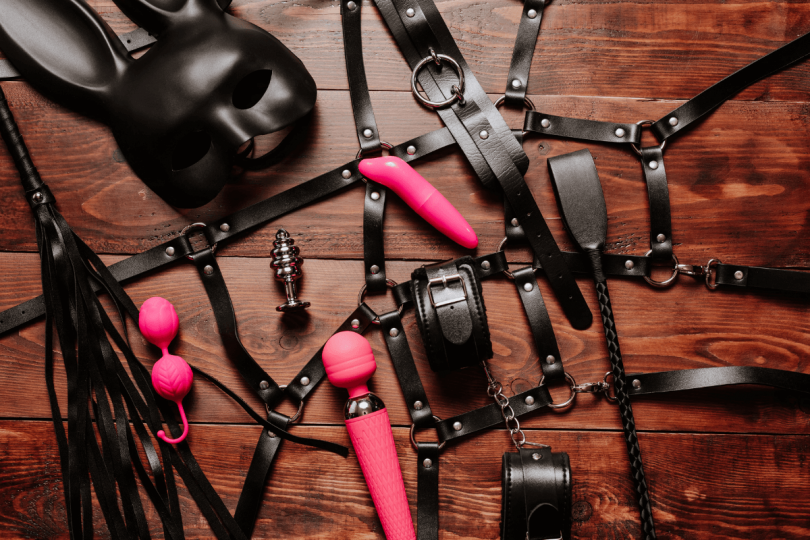 Any kink can be done online, but some are more easily done in a virtual world than others. Of course, when you involve another person, it gets more complicated. Getting kinky with someone online requires a certain amount of trust that the other person is who they say they are and will do what they say they’ll do.

Online kink isn’t something to take lightly, depending on how you play. While some kinksters negotiate one-off online scenes, others may become emotionally invested in the play and the partner.

As with all kinks, online or in-person, it’s important to negotiate what you will and won’t do. You should also have a sense of who this person is (even if you don’t know their real name) and believe they’ll respect your boundaries. If you see a bunch of red flags or they give you a reason to doubt them, move on and find someone else.

With those warnings, here are three kinks you can do completely online.

Is D/s easier if you’re together, in-person, physically in the other’s space? Definitely. Can it be done online without ever meeting in person? Absolutely. Look to any long-distance power exchange for proof.

Instead of a Dominant partner doing the thing themselves or overseeing activities, they have to issue the instructions or set the expectations, and then trust their partner to do it on their own. Yes, of course, you can ask for proof with pictures or videos, but there’s still an element of, “Will they do the thing they promised to do?” And let’s be real…a lot can be done over video calls, too, which can feel like your Dom is right there with you.

In previous LDRs (including with John Brownstone), I shared pics daily to show I was completing tasks. A couple of times I had to punish myself by following a previous Dom’s very explicit instructions – involving kneeling, rice, and a lot of pain. It sucked, but I did it because I was invested in the power exchange and was willing to go through it.

But the risk here is that it’s easy for people to lie. They lie about who they are, what they’ll do, and when they’ll do it. That’s true for both sides of the slash. It’s okay to be skeptical and to want a potential partner to prove themselves to you before you get into a relationship with them. In fact, please be skeptical until they earn your trust.

All online-only kinky fun requires a bit of faith in the other person. Thanks to the fact that this is the 21st century, we can also use technology to get our kink on in new ways. With orgasm control, I’m thinking specifically of sex toys that work through apps on your phone and allow you to control a partner’s toy or to grant access to your vibrator’s controls. This technology is known as teledilidonics.

Whether you use We-Vibe or Vibratissimo or Kiiroo (or some other brand I don’t even know about!), you can allow someone else to “drive” your sexual pleasure. Maybe they tease you and keep you on edge for hours or days. Maybe they turn up the stimulation to overwhelm you and force a few orgasms. Worse (in my opinion, lol), they turn it down low enough that you’re on a slow simmer of pleasure, only to deny you more.

Of course, as with all things, there is risk involved. Sex toys with Bluetooth and their accompanying apps aren’t exactly secure if these past hacks are any indication. These apps and toys have access to a lot of information from the user, info you likely don’t want anyone else knowing. Take care if you decide to play this way with online-connected sex toys.

And as with all things kinky, it may be some combination of all of these scenarios or something else entirely. But basically, the submissive partner relinquishes some level of control over their money to their Dom. Findom guides can help curious kinksters explore what it is and how to get into it.

It’s easily done online because sending payments and tributes or buying gifts takes just a few taps on our phones most of the time. Partners may never meet or interact in person and still have a strong connection through their shared kink whether that’s through OnlyFans or on Twitter.

While many people tend to have strong (negative) opinions about financial domination, it’s a legitimate kink and/or a form of sex work for some people. As with all kinks, it’s important to recognize there are risks for either partner: