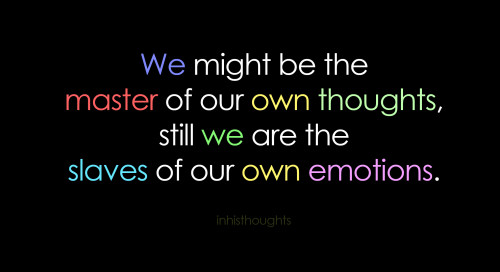 I hate to burden my readers, new or old, smut-seekers or friends, with the crap that rattles around in my head. But I also know the best therapy is a bit of word vomit.

You’d think I could write everything down on a piece of paper, throw it away, and move on. No, strange little exhibitionist that I am, it works best when I shove my thinking out into the ether. I apologize partly because some are here for the smut and there is no smut to be had right now. I apologize in part because I know (or think I know) that once I put this out into the aforementioned ether, I’ll feel better, but my thoughts will be viewable, dissectable, discussable (is that a word?). Which is fine, except I’ll have moved on (I hope).

Basically, this is a purely selfish exercise.

This is for my benefit alone. Which is why I’ve hesitated so long. This is my therapy. This, like a spanking, centers me, gives me balance, reminds me that it’s almost never as bad as I think it is.

But this space is so much more than a personal blog. It’s my business card to the world. The Hey-Look-At-Me-I-Write-Decent-Smut platform. The Let’s-Talk-Kink platform.

Problem is, I haven’t felt much like either lately.

John Brownstone gave me one hell of a spanking last night. Hard, pounding, ass-reddening. I was crying before he even began and barely felt the pain through my depressed fog. Once my mind cleared, the pain was intense. Cleansing. I sobbed harder but not because I felt better.

Excruciating spanking. Mind beginning to clear. My toes curled as the pain penetrated.

Second thought: I wish I could take time to get a pedicure. (I have a Groupon for a mani/pedi purchased in March I haven’t used.)

There it was. A feeling of unworthiness that I didn’t recognize. Ugly tears, y’all. Nothing but ugly, snotty tears.

I knew I had to share my revelation. Later, wrapped in strong warm arms, I managed to spit out what I’d thought. My voice was small, halting, fearful of putting it out into the world, as if saying it made it so.

Before my friends get up in arms, no, I don’t think I’m unworthy of anything. The things I’ve done are earned. The successes I’ve managed to eke out for myself are from hard work and some skill.

The feeling of not deserving…what? I don’t know, but something…isn’t the only bit of crap floating in my head. It’s just the only bit that fell out to be inspected, dissected, and (hopefully) discarded in an effort to clear my mind again.

When I log in to social media, I feel alternately numb and exhausted. Scrolling through all the articles being shared, books being published, and the life that’s happening (good and bad, controversial and mundane), I can’t muster up good responses. Sometimes I share, sometimes I just log out and walk away. I’ve attributed it to content envy – the idea many creative people get of “I should have written that, done that, made that.” It’s a real thing that happens, and I work hard against it. But I don’t know if that’s all it is.

I’ve told myself that I need to stay away for a while and just write. Don’t worry about promotion. Don’t worry about sharing. Go in and get out when I need to, and otherwise, just write. But the idea of staying away scares me. I work alone (and I like it that way). Many days my only connection with the world at large is through social media. It’s where my online friends hang out. And, if I’m honest, I worry I’ll be forgotten. (There it is, the next revelation.)

When I sit down to write in this specific space, words fail me. I have a really interesting review to write, not so great sales statistics to share, and probably other stuff. The blinking cursor mocks me from a blank page. I blamed it on all the writing I did in June. I figured I’d overloaded myself. I tried to back away and not worry about blogging. Until I realized that I’m blocking myself by not dealing with whatever is in my head.

I haven’t written good erotica (minus a post at the end of June) in weeks. Worse, I have zero storylines in my head. The stories and plots I came up with early in the year hold no interest for me. The biggest problem? I have opportunities left and right for people who want my stories, will pay for them, and I’ve got nothing.

In the vanilla world, life is completely different.

I’ve had four articles picked up by one website in the past 3 weeks. Another one, after two rejections picked up a piece I wrote – it will publish next week. A third picked up one of two pieces I wrote. I feel validated and vindicated. I’m able to show my mother something I’ve written with my name on it. It’s a competitive market (about as competitive as erotica) but I seem to be making progress.

I picked up a new client two weeks ago who loves my work, let’s me do my thing, and is genuinely appreciative of the effort I put in. Even if it is about insurance. (I know way too much about insurance at this point.)

The pendulum has swung from kink to vanilla, and I can’t find the center where I’m balanced.

But then I go back to that weird moment last night. That feeling of unworthiness, feeling smaller than small, insignificant, unimportant. I don’t know where it came from. I don’t know what else is hiding in the recesses of my brain. I’d rather get it all out into the light of day so I can deal with it and move on.

I promise you, no one wants me back to my normal self more than I do.

Last night was the first night I slept without tossing and turning in days. I know lack of sleep makes every problem seem worse.

Two weeks ago we made the agonizing but crucial decision to stop trying to drive the crazy train that is his sister’s cancer. She doesn’t want that kind of help from us, and the stress was making John Brownstone physically ill. It was hard but we’ve confined ourselves to the help that is wanted and appreciated and backed off from the rest – even though we can see what will happen if she doesn’t get the help she actually needs. It’s not going to be pretty, y’all.

For more than two weeks, I’ve immersed myself into my vanilla writing world, attacking it with a certain amount of glee. I do love a new project. But I think I’m doing it for the wrong reasons. That writing makes me validated. I shouldn’t need validation, especially when I recognize what I’ve accomplished in the kinky world. Is it some kind of kink shame I have that I didn’t realize? Is it a desperate need to be recognized? (Gawd, I hope not.)

I have zero solutions. 1300 words later, and I’ve got nothing. But I know me. One foot in front of the other. Keep pushing. Keep trying. And when all else fails, a cup of hot tea and a good book will block out just about anything. And if that still doesn’t work, a good, mean, bruising spanking will at least help me sleep.