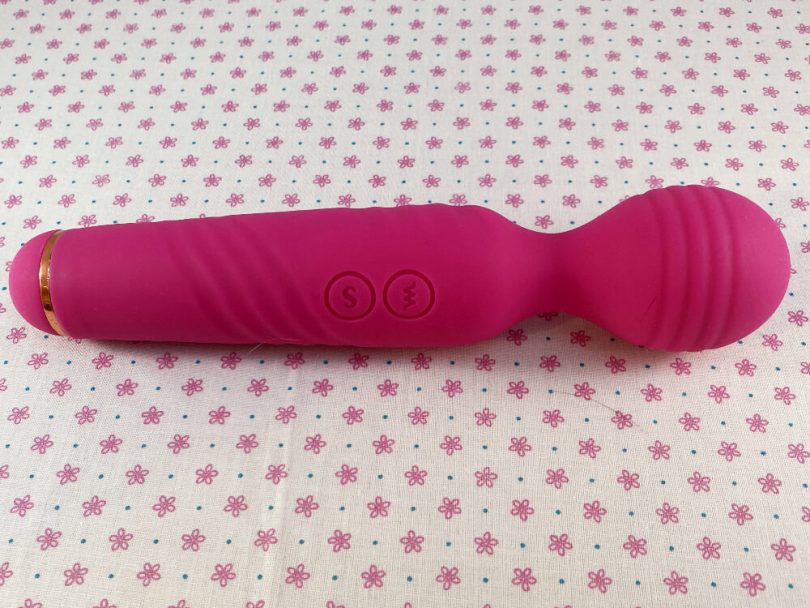 Disclaimer: Product received from Sohimi in exchange for an honest review.

Not that much later, it became a way to connect with John Brownstone when we couldn’t be together.

Then, sadly, it became a forgotten, neglected, not-at-all missed pastime as my libido tanked. 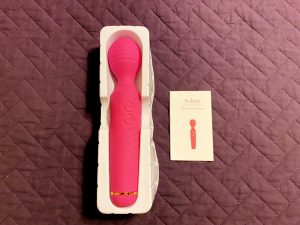 Then I set a deadline for this review (deadlines are 99.99 percent effective at stopping my procrastination). Which meant this had to get done.

Towel on bed (just in case).

That was the moment I remembered I’d just put on make-up and would these nearly silent but oh-so-powerful orgasms ruin my newly done-up face?

And just like that, I was out of the moment. The pleasure was still there, but I’d repressed my own orgasms. 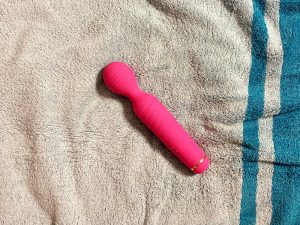 I really enjoyed Sohimi’s Wand Massager the first time I tried it but hadn’t had the chance to use it right after that moment. I also hated that I’d ruined my own pleasure by worrying about streaky mascara. So I decided to play again. This time, freshly showered, with no foundation, blush, or eyeliner in sight, I was ready for a mess. But…I really wanted to finish listening to a podcast episode. And I knew once I was done with it, I needed to get to work for the day.

Why can’t I do both?

Of course, I can, but it took me a minute to get there.

Not gonna lie…I don’t really know what happened through the last 20 minutes of that podcast. Even on the lowest setting, the Sucking Clitoris Stimulator and Wand Massager felt really fucking good. I still didn’t feel comfortable making a lot of noise but I wasn’t worried about anything else. I felt confident the towel would catch whatever might happen.

On the lowest setting, the wand tip against my clitoral hood, I sat back and allowed the waves of pleasure to crest, over and over again. Again, they started as small ripples before the orgasm crashed into me. Every muscle tensed. I grimaced through clenched teeth. I held the pillow next to me in a vice grip, praying it would keep me grounded and prevent the eminent explosive shattering of my soul.

Once I came down from a few rolling orgasms (a big thanks to the Universe for making me multi-orgasmic), I was empty. Loose. Relaxed. And too sensitive for any more play. Even better, I was ready to get to work.

About the Sucking Clitoral Stimulator and Wand Massager from Sohimi 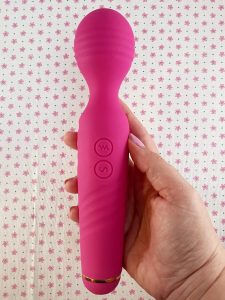 Spoiler alert: Everything bit of pleasure I just described came from the Wand Massager end of this dual-stimulating vibrator. I know that I’m not often a fan of clitoral suckers/air pressure/sonic wave toys. Not because they’re not great toys, but because they’re a pain in the ass for me to use. My clit is deeply recessed and very sensitive, so trying to apply a clit sucker to it is often painful or annoying. When (if) I do manage to make it work, the orgasm happens so fast that I end up disappointed. I’ve only had one or two clit suckers amaze me, and this one was not one of them.

The wand massager was surprisingly powerful. Typically, I crank up the intensity as high as it will go, but with Sohimi’s Wand Massager, I didn’t need to. The lowest setting offered enough stimulation. In fact, when I moved up to the second and third levels, it was almost too much. And no, I don’t play with the patterns because they rarely work for me, and they mostly just annoy me. There were a few patterns to choose from, though, if that’s your thing.

Cleaning it should be easy, as it’s waterproof but be mindful of the grooves at the end of the wand, near the clit sucker. Gunk (like body fluids and dried lube) could easily get crusty in that section so be thorough when you’re cleaning it.

I can absolutely see me using this during penetrative sex with John Brownstone. And I think he’ll enjoy feeling the vibrations, too.

Check out images of the Sucking Clitoral Stimulator and Wand Massager: 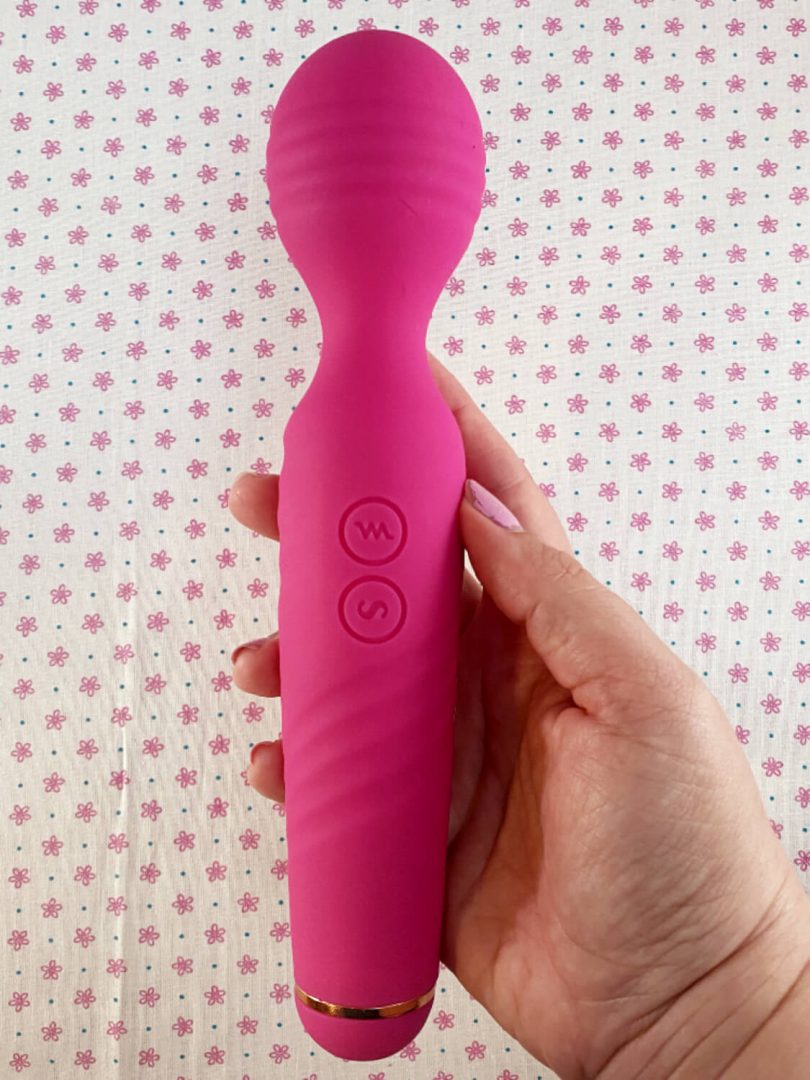 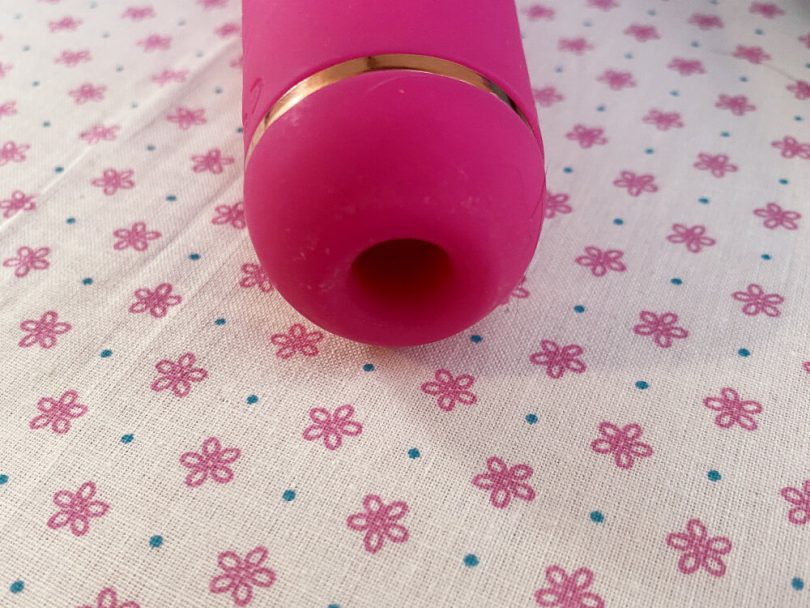 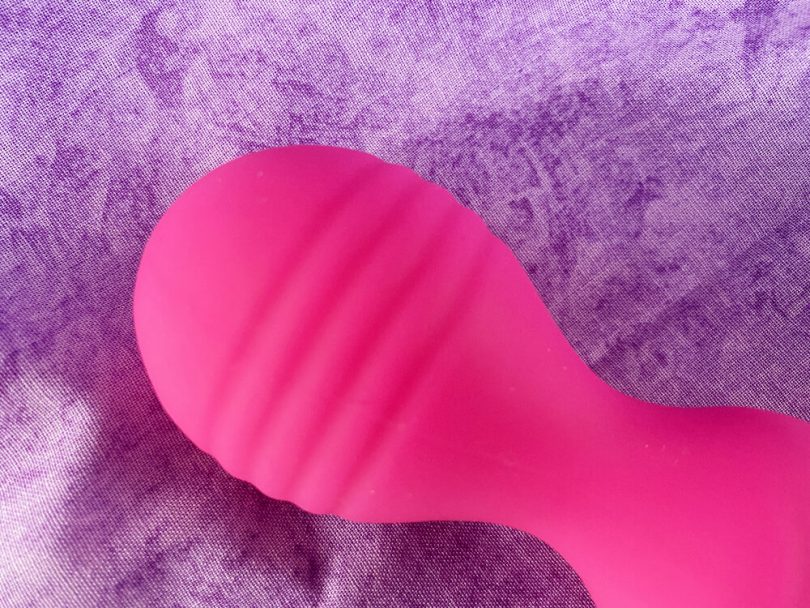 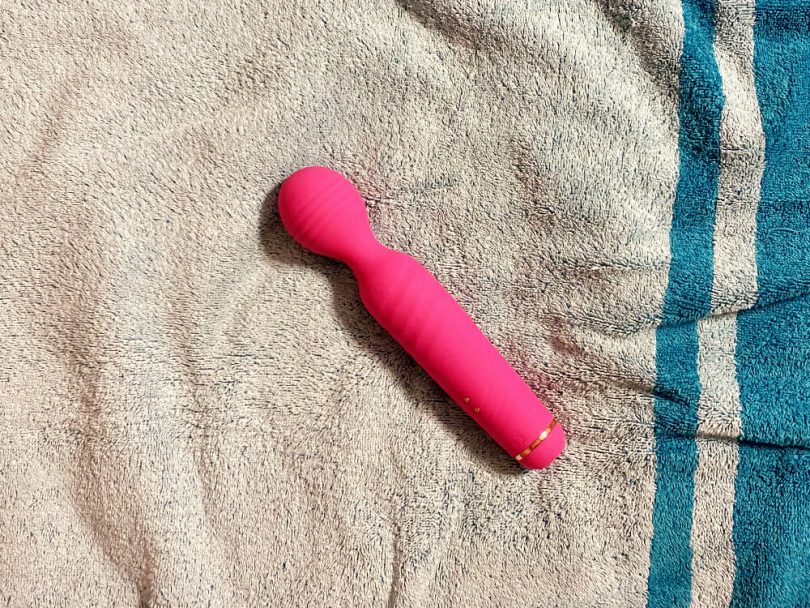 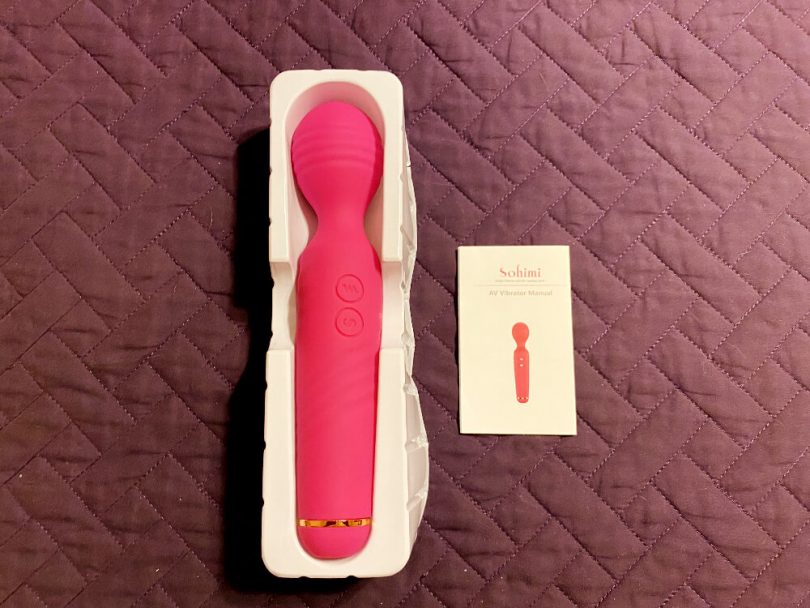