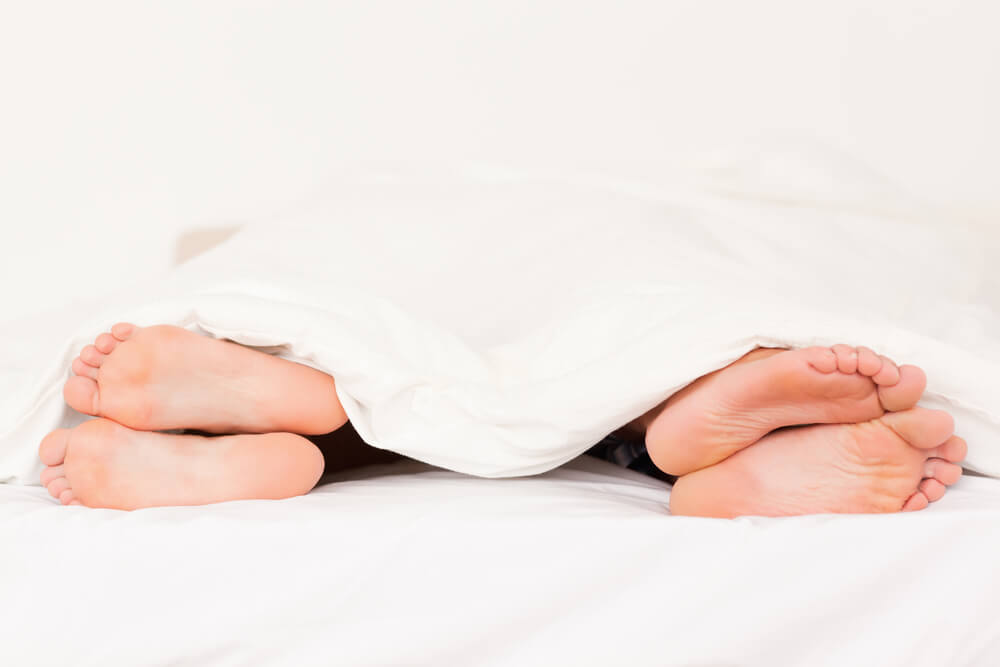 I didn’t sleep well this weekend, though I didn’t understand exactly why until I woke up this morning, after another night of tossing and turning.

We didn’t have sex AT ALL this weekend.

Say what you will about the lack of spontaneity in routine or scheduled sex, but knowing when we’re “supposed” to have sex is comforting. It means that I know we’ll fuck…at a certain time, on a certain day. No feeling bad if we don’t fit it in at random or find time in the middle of a busy week.

At the same time I’m also grateful we didn’t. Because every time I woke up in the pre-dawn hours, expecting him to grab my hips and pull me close, I hoped he wouldn’t.

Not because I don’t want to have sex with him! John Brownstone sex is my favorite kind of sex. But I was tired, overwhelmed, exhausted just thinking about the weekend ahead, before it even happened.

The idea of sex made me more tired. So while I never felt the familiar twitch against my hip, and never heard the familiar sound of an open container of lube, I didn’t mind.

But clearly some part of me minded, because I couldn’t sleep. (Insert whine here) My sex-deprived mind woke up and waited, hoping for the crushing grip on my hips and hoping we could skip it.

Once awoken, I couldn’t settle down to sleep again. Because we weren’t having sex! And also we might have sex but I’m too tired!

How can I both want and not want sex with John Brownstone? Clearly my body was primed for it, ever vigilant, listening for the tell-tale signs, disappointed when I heard none, unable to sleep…just in case.

It’s a tale of two desires…the desire for the connection and intimacy that we create when our bodies meet, and the desire for peace, quiet, and stillness. Even though I (almost) received one, my body craved the other, and without it, refused me the relief of a restful night.

Lesson learned and note to self: Ask John Brownstone (nicely) to fuck me more often.

Ask for the bruising hold on my body. The thick sucking sound of a thrusting cock inside a willing cunt. Beg for the hair pulling, nipple pinching, ass smacking fuck that may tire my body out but also quiets my mind. Wake him up if need be. Open the lube if necessary. But don’t let another damn weekend go by without the sex I clearly crave…even if a part of me tries to believe that sleep (I’m not getting) is more important.

And although I missed the weekend (it was so damn hectic), I am still trying to blog (nearly) every damn day in June.