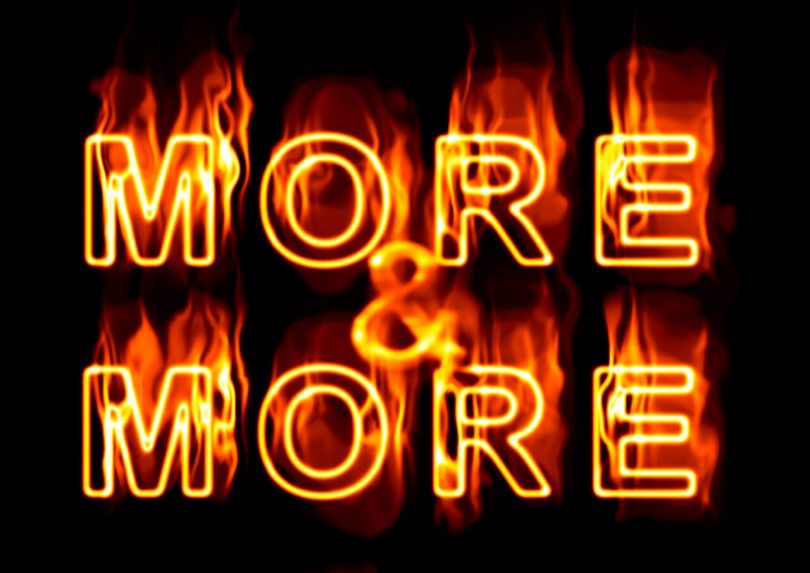 When it comes to my orgasms, it’s feast or famine. Either I have almost no interest and don’t need them or I’m insatiable, a greedy babygirl who wants more, more, MORE!

Today has been an insatiable kind of day.

It began with a pre-dawn fuck. In a move that surprised John Brownstone, I shrugged off the orgasm he tried to give me. The light, soft touches on my vulva felt better than any deep throbbing I could have felt in my clit. My mind said, “What fucking time is it?!” and my body said, “Fuck me, fuck me, fuckme, fuckmefuckmefuckme!”

To his surprise, with no orgasm, I was wet and ready for him, and he slid in with ease. It was good. Better than good. The morning didn’t seem quite as annoying by the time he’d come, groaning into his pillow.

But later…later is when it really began.

It was enough. My cunt ached, and my clit pulsed.

I think I remembered to wash my hair and body. I hope? Yes, I did. I definitely did…maybe?

Once I was clean, I shoved two fingers deep against my vulva, hoping my clit was still creamy and swollen. Considering the shudder that ran up my legs and through my torso, the answer (if you’re curious) was yes, yes it was.

Just like last time, I kept it on the usual setting and massaged my clit, lips spread wider, thighs trembling. It felt like a tease…it was a tease. Switching over to the good setting, the steady jet of water, I hammered my clitoris mercilessly, demanding my mind take what my body craved. One. Two. A third orgasm and I nearly dropped the shower head.

I trembled from head to toe, exhausted from my own masturbatory efforts. But I wasn’t done.

Have I ever dried off so quickly? Brushed my teeth that fast? Swiped deodorant on with quite as much urgency? Not recently.

Until it was too much.

I later learned that I may have stopped too late. When I went to the bathroom, my vulva burned. I’d masturbated myself raw.