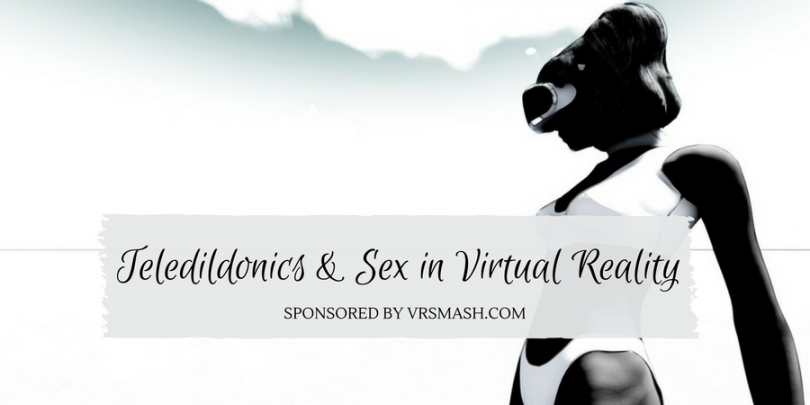 Realistic Penetration Even When You’re Apart

Sex Toys in the World of VR and Teledildonics

There are many different styles of remotely controlled sex toys already on the market. Most of these products resemble standard vibrators that have added Bluetooth or Internet connectivity and controls. This means that solo users or couples can manipulate a device’s vibration patterns and speeds from a Smartphone and other Bluetooth or Internet capable devices. With ranges of up to about 10 feet for Bluetooth and unlimited range when connected to the Internet, these devices have the ability to change solo play, couple’s foreplay or long-distance relationships forever.

Lovense offers a handful of products, ranging from discreet egg style vibrators (Lush) and butt plugs (Hush), to the Max, a masturbator for penises. The Max also has a vaginal penetration counterpart called Nora, and the two toys can communicate with each other for real time sexual sensation.

Similarly, Kiiroo, a company based in Amsterdam, created the Onyx and the Pearl digital sex toys. The Onyx is a sleeve/stroker style device that can work on its own or be synced to the Pearl. Insert the Pearl into the body and the touch sensors connect to the Onyx, which mimics the sensation. The Onyx has onboard control over the vibrations emitted from the Pearl as well.

For something more elaborate, check out the Illusion VR. Featuring an Oculus Rift optimized sex app, this device combines a VR app and a robotic sex suit that features an adapted ‘Tenga” as well as a pair of silicone breasts to hold or squeeze. It retails in excess of $600 USD. Can’t picture it in your mind? Let this YouTube video help (don’t click this link in public…trust me on this one).

In addition to teledildonic sex toys, there are a variety of virtual reality apps available for couples in long distance relationships or anyone else. AltSpaceVR lets users interact through avatars in a virtual world. You can play games, solve puzzles or just watch Youtube together. vTime is more dating centered. Couples have dinner at famous restaurants, take in tourist attractions or just hold hands while watching a magnificent sunset. 3DXChat gives users more sexual freedom to create avatars and then engage in sexual relations with others in a virtual space.

The future for virtual reality sex is unfolding now, with innovations and new products released all the time. These will only become more elaborate as the technology and its adoption allow for more realism to be introduced. What does this mean for relationships, sex toys, and how people experience sexual pleasure with each other? It’s too early to say. But more sophisticated sex toys can give people another way to connect sexually when apart or something new to experience while playing solo.