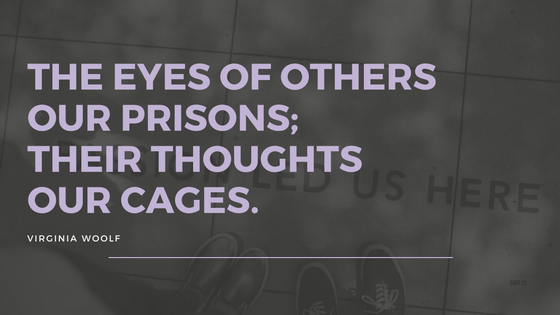 Over the holidays, I thought I’d tell my mom about my trip to London for Eroticon.

Which would have, of course, prompted several questions, but I had my answers ready to go.

I’ve made a lot of UK writing friends and connection.

No, we’re not going into debt to pay for it.

Yes, I’m sure we can afford it.

Yes, I’ll bring you back a souvenir.

I even put together a sort of pseudo answer for when I got the push-back on exactly why London was where I needed to go. “I do some writing under a pen name about certain topics that some people in the family might not want to read. It’s allowed me to make some excellent connections. Yes, even in London.”

But I never said a word. It’s not exactly a conversation I wanted to have over Christmas dinner while cutting up my youngest’s turkey or passing the butter to my stepfather. It was supposed to be a private one-on-one talk, a moment we never got.

Part of me feels like a coward. The other part is relieved.

I’ll still have to tell her about going to London. Ever since my father died 15 years ago, we agreed to always tell the other when we were away from home for any length of time. We like knowing when the plane takes off and touches down, knowing where the other is, and whether we need to worry or not.

What I can’t seem to decide is how much to tell.

My sex life is my own private business. And, er, the business of everyone who chooses to read about it here, too. (Yes, I see the irony.) There’s no rule that says anyone has to “come out” as kinky – or that anyone should.

And I have no doubt that if my vanilla family had even a small clue about my kinky life, there would be opinions. Lots of them. None of them good.

How can you let him do that to you?

What in the hell is wrong with you?

I can hear certain voices in my head as clear as if they were speaking to me. I want to avoid that at all costs. But it’s probably the judgement I can’t anticipate that would crush me most. The look in someone’s eyes as they wonder what kind of deviant I really am or if I’m a danger to my children (yes, some people think that about kinksters). If even one person decided they were wrong about John Brownstone’s goodness because of our kinky ways, I would see red. And I would be devastated.

So I say nothing.

Strangely enough, in this space as Kayla Lords, I don’t give a shit what anyone thinks. I know exactly who I am (a kinky work in progress, if you wondered). I worked hard to learn to love myself – submissive babygirl, Type A basketcase, control freak, and all. My relationship is rock solid and needs no one’s approval. I share what I know and believe while still thinking everyone has to do this kink thing the way you see fit (assuming consent and legalities are followed, of course).

But as the vanilla me, I’m reserved, nervous, terrified of judgement. I know that if I ever let the vanilla side of my life in, it would color the way I write or at the very least, give me second thoughts about what I share.

So why do I have this constant back and forth over whether to let anyone on the vanilla side of things know about this kinky life of mine?

I honestly have no idea. Well, no clear idea. I’m happier than I’ve ever been. I do things I’m proud of. I’ve made friends and connected with amazing people over the years. I’ve set goals I couldn’t have conceived of a few years ago.

Is it ego that makes me want to out myself? Or is it because I’m so happy with the life I’m building that I want to share it with everyone I know?

And is everyone I know worthy of seeing this side of who I am? The answer, I’m afraid, is probably not.

Maybe the answer is somewhere in the middle. Maybe it’s more like what other kinky and blogging friends do. They don’t advertise it. They don’t shove it in their family’s face. But they don’t hide it, either.

Y’all, I don’t have any answers. Like everything else, what we do has to work for our unique situations. I want the answer to be that middle ground, that the people who matter know I do this thing but don’t know the details. That I’m not hiding a damn thing, just living my life. If someone wants to know more, I’d tell them. That’s how I’d like it to be, scary as it seems to me right now.

But I also know the first step down that path begins with a conversation about a trip to London.