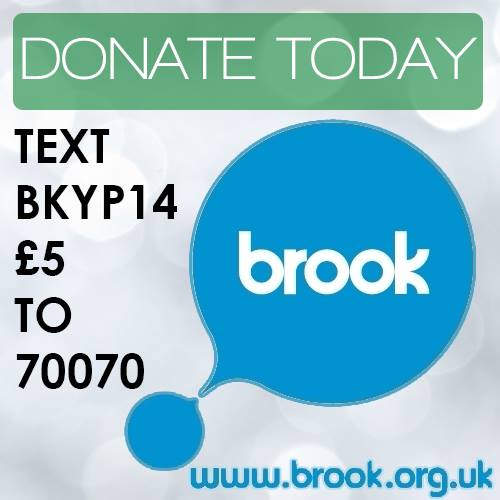 I’ve been reading erotica since before the world called it erotica, back in the day when it was simply a romance novel. I didn’t read Harlequin, either. I read those books with scenes of creamy loins, pillowy orbs, and other strange euphemisms that were getting all kinds of attention from hunky alpha males. (Rawr!) I didn’t discover the really good stuff – Story of O, Sleeping Beauty series, etc. until I was in my 30s.

Side note: I started reading these books when I was 7 or 8. Even now, if my mother found out she’d be pissed. Probably shouldn’t tell her I write much more explicit scenes than anything I ever read back in the day. /giggle-snort.

Thanks to my friend, Rebecca Black (who writes Masturbation Monday posts so good my mouth waters), I got involved by submitting a story for an anthology that’s out TODAY. The day is a celebration of our love of erotica. The anthology isn’t meant to be a money-maker for the authors. In fact, all of the proceeds are going to a UK charity, Brook, a sexual well-being organization and charity. For those of us on this side of the pond, if you prefer to keep your money local, you’re encouraged to donate to Scarleteen, a sex education site for teens and 20s (because do we really want anyone else to grow up with the sexual hang-ups that we didn’t get over until our 30s or later??).

Before I get into the book with an excerpt and how to buy, I want to let you know there’s a massive Facebook event today, March 5, beginning at 2pm Eastern (7pm in the UK) organized by Emily, Rebecca, and Cara Sutra (yes, the Cara Sutra) with £1500 worth of prizes up for grabs. Yes, some of them are UK only, but not all of them, so if you’re here in the States, I encourage you to attend and try to win something!

Ok, now for the good part. The book! 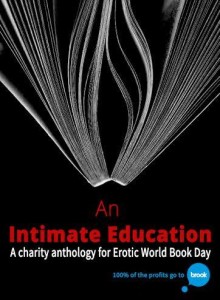 Get your copy on Amazon today!

Want an excerpt from my story?? Anything for you!

From Something New to Learn

Dahlia watched him from across the dance floor. He laughed at something the waitress said and lightly smacked her ass as she walked away. Although the club was filled, he sat in what had to be the VIP section, cordoned off from the masses.

Closing her eyes, Dahlia felt her body move with the rhythm of the music. She lost herself to the throbbing beats and haunting lyrics. She moved fluidly, her hips and breasts swaying to the music. She was sex in motion, and she felt the music deep in her body.

The music ended on a long, seductive chord. Dahlia opened her eyes and looked over at him again. His eyes were trained on her body. She gasped in surprise and looked down at the ground. She couldn’t be sure if the flush spreading across her body was desire, shock, or shyness. She peeked up at him. His smile was friendly, but his eyes were feral.

He crooked a finger at her, beckoning her to come to him. His smile changed. His lips curled into something less friendly and more primal. He licked his lips, and she found herself mesmerized. Dahlia imagined his tongue touching her skin, the warmth of his breath on her body.

As she walked across the dance floor, her body began to throb and hum in anticipation. In the back of her mind, she wondered why she was walking towards a strange man in a nightclub. The hypnotizing effect of the pulsing music and the intensity of his gaze swept any doubts out of her mind.

He waved away the woman sitting by his side to make room for her as she arrived.

“Sit next to me, honey.” His Southern drawl flowed like warm honey through her veins.

Wordlessly, she sat in the empty seat next to him. She crossed her ankles and clasped her hands in her lap, unable to meet his eyes.

“What happened to the woman oozin’ sex out there a moment ago?” He flashed a smile at her. “Don’t go all shy on me now, darlin’.”

Dahlia felt her skin glow as the blush spread from her face down the rest of her body. She desperately wanted to give him a snarky reply but she found that she couldn’t form a single coherent thought. She was mesmerized by him, drawn to him as moth to a flame.

“Ok, honey, stay quiet if you want to. Just sit there and look beautiful. I’ll let you know when I need you.”

She shivered at the subtle emphasis he placed on the word need. She felt like a pretty ornament by his side. Confusion quickly set in. What the hell am I doing here? Sit here and look beautiful? Who does he think he is?! When he needs me??

“Darlin’, your thoughts are comin’ across loud and clear.” He was laughing at her now. “If you want to be somethin’ other than a pretty little bauble, you’ll need to speak up.”

Her eyes met his. Every indignant thought vanished as she stared into his blue eyes, twinkling with amusement.

“I, uh…I, um…” Unable to speak above a whisper, she stammered and stuttered before finding her voice. “I don’t know what the fuck I’m doing over here. This feels like a damn dream. You are too fucking beautiful to be real. And I don’t even know your name!”

He threw his head back, his white teeth flashing as he laughed. Dahlia tensed, angry at being laughed at. Rising from her chair, she stopped when she felt his hand on her arm.

Dahlia glared at him, ignoring the searing brand of his touch on her skin. She would not be laughed at, not even by a handsome devil exuding sex and sin.

Rawr, right? (Gosh, I hope so.) If Marcus and Dahlia sound familiar, they were born here on the blog and they have a story in another anthology I wrote for called Stacked.

Ok, so get your copy of this anthology, read some major hotness from writers much better than myself, and if you get time today, go check out the Facebook party! 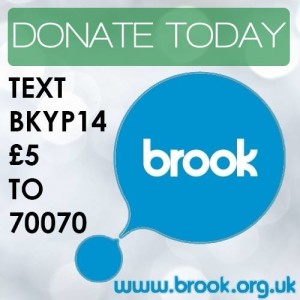