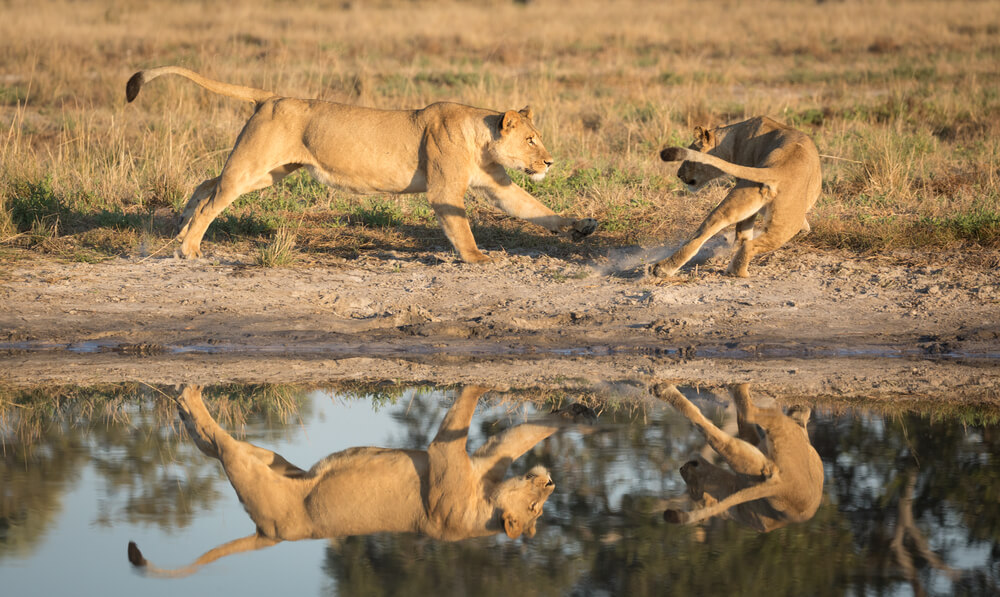 I’ve had this thought rumbling around in my head for quite a while. It’s something I recognize in myself as a submissive, but always figured that was the end of it, that it had something to do with my need to be dominated, too.

The submissive needs to be pursued in relationships and sex. Nothing to see here, move along.

That was, until, I read this great post by Eve Adler on why she loves flirtation so much.

I hate flirting. I never know if I’m saying something smart or charming or if I’m being giant weirdo (which I definitely am, and I like to think it’s part of my charm).

When someone flirts with me, I usually have no clue. None at all. Was he being polite or does he think I’m cute? Is she showing interest in me or did she really want to know where I got my adorable outfit? Fuck all if I know. And yes, I know many of us are awkward flirts. But I actively hate that feeling.

But what I do get into and love, on a lot of fucking levels, is being pursued. Not by making someone chase me…that sounds too much like a game, and I hate games. It can also be manipulative, and I have no time or tolerance for that.

Pursuit means there’s definite interest. It may or may not lead anywhere, but the guess work is gone. I don’t become this weird anxious mess who can’t stop wondering what something means. (I become a weird anxious mess over other things entirely instead.)

I think that’s one reason (out of billions of them) why I’m drawn to tops and Dominants. At a munch, I carry myself differently around charismatic Doms, even when they’re not flirting. It’s the confidence that it takes to lead, to get what you want, to accept what’s freely given that I’m drawn to. (And yes, you can have that confidence and not be a Dominant…I’m well aware.)

I also prefer people who are straightforward with me. It’s too easy to read into what something means and go down the rabbit hole of my own anxious thoughts. Tell me what you want, and you might get it.

That doesn’t mean I don’t love to laugh and tease and make someone want me just a little bit more. But if I don’t know I’m on their radar already, that’s not how I naturally respond. I’m quiet and reserved. My belief has always been that if someone wants me around or wants my company, they’ll let me know. Anything else makes me a potential nuisance.

The self esteem issues are out in the open now, aren’t they?

Yes, that’s truly how I see my interactions with people. I have since I was a kid. Having someone tell me they wanted to be my friend meant I wasn’t burdensome or annoying. Maybe I was, but they were clearly willing to overlook that. And yes, having this mindset means I maintained friendships and romantic relationships that I shouldn’t have. Because they said they wanted me, they pursued me, and they won my loyalty.

My loyalty is a hard thing to earn. But once you’ve got it, I’m a ride or die bitch. Ask John Brownstone.

Even pursuit from a toxic source gave me the thrill of knowing…they want me, they like me. Thankfully I have better radar now and no room for toxic drama in my life.

Don’t be mistaken. I’m not interested in being pursued by anyone and everyone. If it the vibe isn’t right, I don’t get that little rush. And sometimes, it takes a few times before I feel the vibe at all. John Brownstone can tell you that, too. The poor man worked really hard for my affection, and I’m still not sure I’m worth that much effort.

I wasn’t stringing him along. I simply couldn’t imagine being worthy of pursuit (or ready for the fun of it) when we met. But that’s what devastating heartbreak does to you. I didn’t even get to enjoy the part that I actually like when we first started talking seriously. Thankfully, he’s the kind of Dominant that even though he’s definitely already won me, he still plays the game with me, teasing, pursuing, stalking me like a predator. Gawd, I love it.

Pursuit means I don’t have to guess, and I don’t have to wonder. If you want me, tell me. If you like me, say so. Be straightforward and let me know what’s going on. Then I just have to overcome the next hurdle…figuring out how I feel about it.

P.S. When people ask why I’m not fostering my own relationships as part of our consensual non-monogamy, this has a lot to do with why. I’m incapable of flirting or pursuing anyone else; I have trust issues and low self esteem; and I take a LOT of work. Lightning struck when I met John Brownstone. I’m not naive enough to think anyone else would ever want to go through even a fraction of that. And honestly, I’m okay with it.