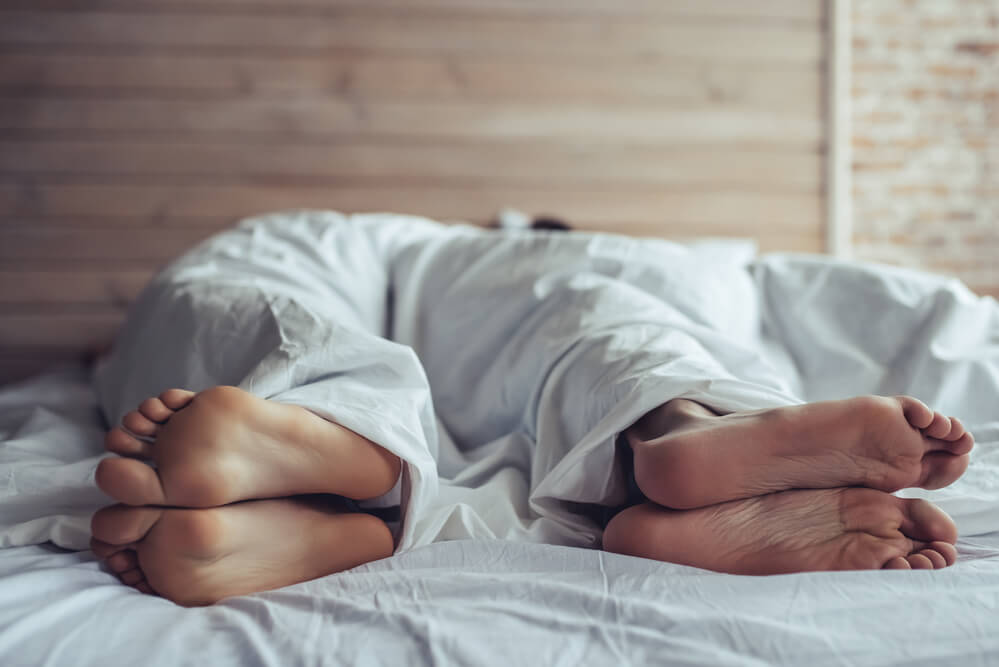 One day I’ll have to admit to myself that I may have some chronic health problems. That day is not today but only because I don’t have the bandwidth for it right now. But I will admit that my health takes a huge chunk out of my sex life.

For two weeks, John Brownstone and I gleefully planned the kinky fuckery we would do over the course of a weekend. Not just because we really need more of that in our lives, but also to take pictures of for February Photofest 2019. We managed one outing that was much needed and a balm for both our kinky spirits. And then, my body did its mysterious (but not unusual) betrayal.

(Please, no diagnoses or medical opinions — I cannot describe how much of my time and energy have gone into thinking about this already.)

I stopped sleeping well for several days, then came the stomach pain. It might be endo-belly (although I have no diagnosis of endometriosis, and I won’t claim it as a thing I have). It was most certainly tied to accidentally eating the wrong thing — frustrating for someone who polices my diet the way I do to avoid these problems.

But it all added up to one thing…

Pain, frustration, and wasted plans. Instead of working, feeling productive, and looking at John Brownstone with anything like longing, I cried on the couch and wondered if I’d ever feel good again. Anyone who feels any level of chronic pain knows that it drains you, sucks the life out of you, and for me, at least, kills all libido and sexual thought.

So there we were…our kinky plans dashed again.

But, on top of everything else in life that can kill our sex life — work, kids, stress — my health is the most nagging problem.

During these moments (and the aftermath) I have no desire for sex, so I’m not even missing it. All I feel is guilt because we’ve lost that specific connection. It’s not “lost” only set aside. But in the moment, when it dawns on me that this was supposed to be the time to get kinky, it feels lost.

And when I allow myself to think about it, it hurts my heart. I’m saddened by what’s missing, and I feel hopeless that anything will change. But that’s why I try not to think in those terms…except right now, of course. Oh, irony.

I don’t wink-wink, nudge-nudge at innuendos as usual. I completely miss flirtatious gestures or opportunities for the small ways that sex can be a part of our lives. Of course, when I’m in pain, this makes sense. But what about today, when I finally feel about 80 percent better? Still, nothing. I know it will come back in due time, and I even know it might have to be forced out of me (thank goodness I’m into that kind of thing).

This is an unwanted celibacy — for penetrative sex, oral sex, kinky fuckery, and everything we do that makes up our sexual connection. I’d probably whine if John Brownstone pulled my hair, which only makes me sad because that’s my jam, my thing, something so strong within me that almost anyone pulling my hair can get a reaction.

Just this morning I was reminded that our celibacy isn’t a two-way street. I awoke to the sounds of John Brownstone rifling in his nightstand drawer. I assumed for lube and quietly dreaded the thought that he might want a quickie fuck. Thankfully, he’s a better man than that and understood I’m still not ready. And then I heard familiar squelching sounds.

For a moment, I was envious. A sex toy was getting more of him than I was. But that moment was fleeting. Followed by guilt for my feelings, and then relief that he doesn’t have to go without. There are other options. And I want him to find the relief he needs.

I just hope it happens with me sooner rather than later.