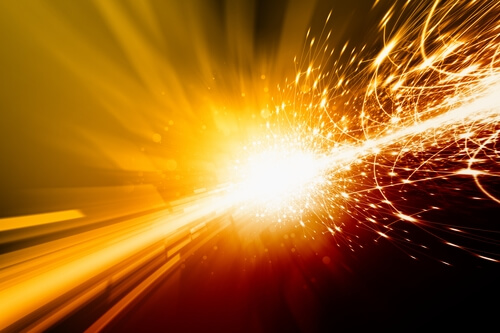 I bet if I had an orgasm, I’d sleep better.

“I think I know what you need to help you get to sleep, babygirl…”

My heart and cunt fluttered.

After so many weeks (months?) without this direct touch, I wondered what would happen. The last few times, so long ago, had been too aggressive. More than my poor clit could take.

I wanted this so bad, but it had been so long. Had I forgotten how to let him get me off?

His gentle touch seeped into my skin. I held my breath while he massaged my vulva, coaxing my clit to play.

Warmth blossomed from the center of my body, slowing spreading outward, encompassing my cunt. If he moved too fast, I’d lose the thread of this moment. His fingers moved steadily, in no hurry to reach some predetermined finish. This moment would go wherever it would, and he’d ride the wave of it.

The first thread of desire inched out, barely there, curious and waiting. Tendrils of need slowly trickled, then dribbled forward, burbling and bubbling. Each swipe of his finger, each pass of my clit, and the sensations built upon each other. My hips bucked; my breath caught.

I spread my thighs wider, pushing my pelvis forward. I needed him closer…closer…oh holy fucking hell, right fucking there.

My head fell back against the pillow, as my mouth dropped open. I wanted to scream, and I knew I couldn’t. Instead, I let my knees fall as far apart as possible. A silent plea for more. More.

Pressing down firmly on my clit, he leaned forward. I felt his breath and knew he was watching every second, determined not to miss a moment of the impending explosion.

I barely mumbled out a plea for release before the first orgasm overran every nerve ending and cell in my body. My hips lifted off the bed. His hand followed, maintaining the connection. The only interruption in the constant swirling against my clit was to dip down into my sopping cunt and drag my juices up and over the sensitive nub.

All friction between finger and clit now gone, the orgasms came in like rolling waves. I gritted my teeth, desperate to hold each one off as long as possible, knowing that the pleasure would only grow stronger with each passing second.

Each time, I barely choked out a “Please, Daddy can I come?!” before muscle-clenching pleasure barreled over and through me.

He’d promised to make me come until I was exhausted and shaking. But each pass and swipe of his fingertip only made the fire burn hotter. More. I want more.

Even after I rubbed my sopping cunt over his cock, and after he fucked me with violent thrusts while pulling my hair and pinching my nipples, still…I wanted more.

Sex hair, don’t care. I looked at myself in the bathroom mirror, wondering if I was brave enough to ask. Would he think he’d not done enough? That he’d left me unsatisfied? I knew it wasn’t true but would he?

The ache in my cunt drove me forward.

“Yes, babygirl?” There is nothing sweeter than a sexually satisfied growl from the other side of the bed.

A chuckle and a pause. Would he say yes? I needed him to say yes…

In for a penny, in for a pound. I pressed the body massager against my body, rolling it this way and that. Until I couldn’t.

I threw the vibe to the side.