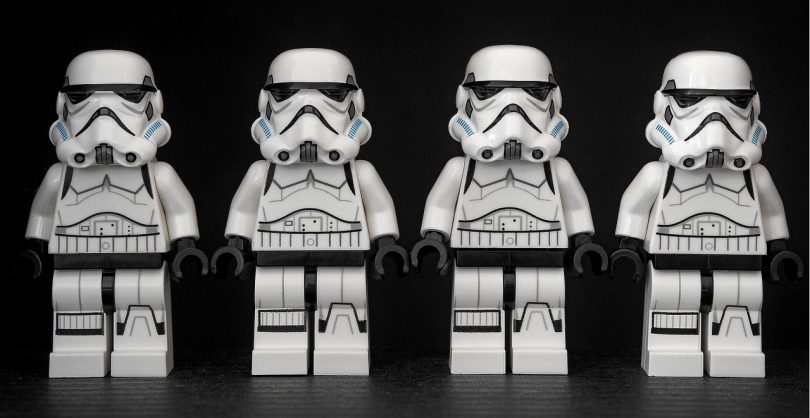 I have one ex-husband and several ex…boyfriends? Lovers? I don’t know what word to use. None of them fit or sound right in my head.

At one point or another, they were important to me. I’m too introverted, shy, and filled with self-esteem issues to let someone close enough to become an ex without them being important on some level.

And now I don’t remember what they look like.

Every time I realize I can’t conjure up a picture of an ex in my head, it’s a jolt.

I fucked him. Sucked his cock. Let him fuck me hard. In one case, called him “Sir.” Now they’re strangers who occupy a very small but unique place in my memories. They appear when I flip through my mental filing cabinet, attempting to remember a different time.

They’re all unique. Individuals. With their own wants, needs, desires, and likely, their own memories of our time together. They aren’t “no one” or random guys. But my brain treats them that way.

I used to feel guilty about losing those memories. And then I realized two things.

I’m not the most sentimental person on the planet so maybe it’s just me.

But I’m not completely awful. Some memories are clear and wonderful.

I clearly remember fucking a boy (really, being fucked by a boy) in my teenage self’s bed, holding onto the bedpost and thinking, “I could fuck like this all the time.” We only had sex twice and he became a slight obsession of mine that summer. I thought I wanted him but my adult-self knows I wanted his cock more.

The first time I realized you can get rug burn on your face if you’re not careful was delightful. So was the first time I got a leg cramp from being bent over a chair and fucked viciously. Same man, different locations. He’s also the first time I experienced a fantasy straight out of erotic fiction of sucking a CEO’s cock in his office (no, really) while he took a business call. My mission? To make his voice catch or make him lose his train of thought. In the end, he finished his call, threw me on the floor, and fucked me long and hard. And I still won. If winning is satisfyingly brutal sex on an office floor.

I remember the boy who worked the night shift with me the summer before college and fucked me as the sun came up most mornings. We slept in his bed together three or four nights a week. If his mother objected, she never said it to me as she came into his room to check on him (us?) before going to work.

Maybe I don’t remember their faces (and sometimes their names) but the memories that remain tell me things about my past and my present. They are, unknowingly and without trying, part of my journey as a sexual being.

Welcome to Wicked Wednesday! The prompt for this week is about the ex. My memory being what it is, I don’t have stories to share, only glimpses and snapshots in time. I don’t look back on them often but when I do, I’m amazed at all the connections I missed about my own sexuality. Want more steamy stuff? You know where to go!