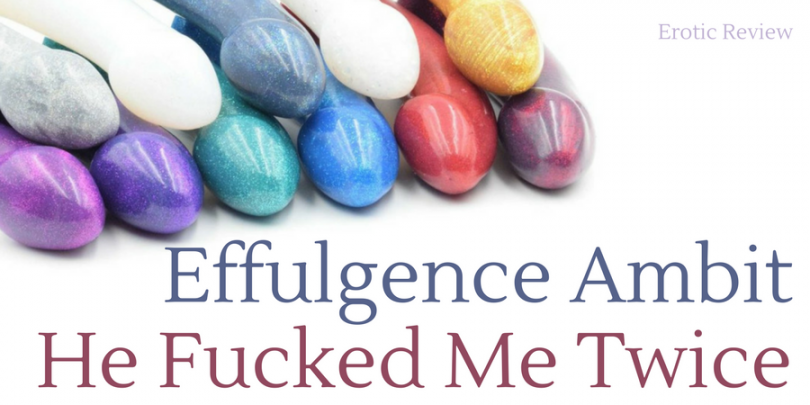 “It’s so pretty and sparkly!”

Strange how the picture in my mind is in black and white, and John Brownstone is always fully clothed.

Reality is much different.

Our has the bullet vibe addition but I could tell right away it wouldn’t be enough to wake up my clit. This was a job for penetration. (Insert superhero with flowing cape here.)

First, I lubed up. This is where I learned the dip-the-cock method he uses with our Butters lube. Next, I realized he planned to read his book while I fucked myself. And I did try to properly fuck myself but…

Uh, no. This wasn’t in my pornographic imagination. This would not do.

“Daddy?” I tried to sound properly pitiful. “I’d hoped you’d do this part.”

Truly, I don’t think he’s ever hopped out of bed so quickly. Not even for a cup of coffee.

I might not come very often from g-spot tapping but that doesn’t mean it doesn’t feel fan-fucking-tastic. The first orgasm (finally) arrived and I realized something as cream (not my usual gush) dribbled down my ass.

I laughed harder but at least I had a towel under my ass when we were done.

With a sensitive and swollen clit, even the slight vibrations felt like an earthquake.

I know he loves hitting my g-spot. I like to believe it’s because it provides a pleasure I don’t usually feel. But really, it probably has more to do with the banshee-like screams, the way my body trembles, and how my back arches whenever he does. (Those are good reasons, too.) But I needed something else.

I never direct our pleasure like that. For a moment I worried. Would he be disappointed? I’m going with a “No” on that one because he quickly complied and gave me the squirty orgasms I love best before I finally tapped out. 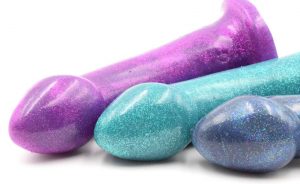 Giving John Brownstone control over the experience made all the difference. I felt full and stuffed. The purple silicone is softer and more pliable than the types of sex toys I’ve used in the past, and it felt good buried deep inside. He managed to keep me guessing while finding all of my best spots.

About the Effulgence Ambit