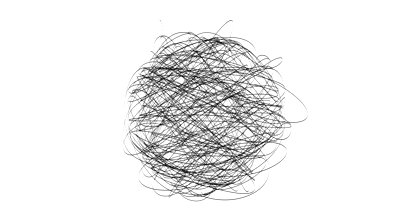 John Brownstone walked in the door, and this is what I saw…

Waves of agitation rolled off of him. His energy was so bad the air was sucked right out of me. I wanted to help; I didn’t know how. And being the prickly pear he was in that moment, he couldn’t let me.

We discussed some of his stress – the conversation centered on our one mutual pain point, the one thing that can make us anxious and take it out on each other (the only thing, really) – money. This was the day after he gave his blessing for me to focus on the writing I love best for my career, instead of the writing that was kind of, sort of paying the bills but slowly dragging me down into my own stressful abyss. The kind of writing that, with preserverance, can pay off big time but in the short term means we’re broke.

All I heard was, “We don’t have enough money and it’s your fault.”

Let me be clear – he never said it or even thought it. This was all in my head. Of course, it didn’t help that I’d told my mother the big news that same day and her reaction was, “So what are you actually contributing now?” Meaning, if I wasn’t earning enough money, I clearly wasn’t contributing. Not one to be cowed by my mother, even with her well-intentioned worrying, I replied, “Well, as the one who cooks all the meals, cleans the house, takes care of the boys, acts as errand girl, and runs his sister to almost every oncology appointment, I’d say I contribute plenty.”

To my mother, I could say that. To him, I often feel like I don’t contribute enough. His stress over our finances (which was only one thing in a laundry list of stresses for him) was internalized by me as “my fault.”

You see, from the time I was 21 until a year ago when we moved in, I always made more money. Always. Hell, I divorced the father of my children after years of not participating in our marriage, including helping take care of our home and/or earn money. I know what it’s like to do all the work and resent the lazy ass who’s letting you do all the work. My greatest fear is not carrying my own weight and losing his love and respect.

I began to quietly meltdown. I refused to say anything about my reaction to the money talk. Partly because it’s the same reaction every time, and I hate feeling like a broken record. Mostly, truly the biggest reason, I knew (intellectually) that the real reason for his stress was that L had a very important oncology appointment the next day. Without discussing it, he and I were both preparing for the worst – we can see she’s getting worse with our own eyes.

He and I escaped into our heads (something we’re both too good at).

My internal anguish over (falsely) believing I’m the source of financial stress lead to a headache that made me sick to my stomach. I was teary-eyed most of the night but hid it from him. Had he been in his normal state of mind, he’d have seen it immediately. He was lost in his own whirling thoughts and emotions.

When he went out for a workout late in the evening, I was both relieved (because I could fret with no witness) and unbelievably sad (because I wanted him close). That night, when I brought him a cup of coffee, he refused to let me kneel. For a moment I thought, “There he is. He’s back. He can see I’m not feeling well.”

What he said was, “I don’t deserve this tonight. I’m not being a good Dominant.”

It was a throat punch and a gut punch at the same time. He’s always my Daddy, and I hate, hate, hate that he would think he hadn’t been a good Dominant to me.

We went to bed, both still quietly melting down. The Ambien (a recent addition for him) took him right away. I cried myself to sleep. I knew I needed to tell him how I was feeling, but I would be damned if I’d do it before we got the news from his sister’s doctor. (I knew if it was as bad as we feared, I’d keep my mouth shut even longer.) I was terrified that my new direction in writing was going to be a flop, that I couldn’t make it the way I believed I could a day earlier. I was afraid to make the offer to go back to my old type of writing – because I didn’t want him to agree that I should. I felt so selfish even crying when we knew the next day could be awful, depending on what the doctor said.

It was a long night, y’all.

The next morning, I was a bit more centered when I woke up but the thoughts still swirled. I was in control of myself again. I soon saw he was too. The air was heavy between us, but it wasn’t because of us.

We were both quiet through the morning. Not talking much, both deep in our heads.

I had a problem with my laptop and he came over to fix it.

The night before, because of the Ambien and my own meltdown, we hadn’t cuddled before we fell asleep like we usually do. While he was asleep, I’d pulled his arm around my waist to feel him close, even as I cried and blamed myself for his worries. His heavy warmth had been a small comfort at the time, but I’d been able to fall asleep.

Now, watching him in front of my computer, I wanted to feel him close again. I was desperate to feel his warmth. I checked the time, he had a few minutes before he needed to get ready for work. Without saying a word, I pulled him away from the table and into our bedroom. I was surprised he let me (ya know, ’cause he likes to be in control).

I closed the bedroom door behind us, and we fell against each other, as if we were starving for the other. We kissed hard, then soft. He quickly took over and kissed my neck, punctuating the softness of his lips with the sharp bite of his teeth. (Even today, I can still have sore spots on my neck.) He held me in a bruising embrace. I moaned against him. Here was my Dominant man.

Without a word, he pulled my shorts down, grabbed me by the hair, and bent me over the bed. Unf. In one move, his cock was pounding my pussy. Yesssssssssss. My favorite position and he was rough, almost primal. I felt the tension between us POP! like a bubble.

His fingers left marks in my hips where he held on as he pounded away, moving like a piston inside of me. My throat became raw from quiet moans and harsh breaths. Eventually, he collapsed over me for a brief moment, kissed my shoulder, and began to get ready for work – without saying a word. No words were needed.

We spent part of the day together, waiting for L’s test results. Yes, the cancer was spreading but there was a treatment option. Yes, there was a reason for the horrible pain she’d been suffering with for weeks – and there was a temporary fix, a procedure she’ll probably need from time to time. By the end of the day, for multiple reasons some medical, others a bit more spiritual, we both felt better. The stress was still there, but we handled it better.

We talked that night.

I confessed my fears about my writing and the money. I confessed that I was afraid to offer to go back to what I’d been doing before because I didn’t want him to agree. I apologized for handling it all so bad.

On the other side, I reminded him that I’d taken care of a family of four on a lot less money (many years ago) than we made. While, no, of course, I don’t want to go back to that, I needed him to have faith that making it through tough financial times was kind of my super power (a shitty one to be sure but still something I am qualified to do). I wouldn’t let our family go hungry or without the necessities. I needed him to know he could count on me.

He apologized for taking out his anger and stress on me. For the record, the most his anger had done was cause him to raise his voice at me. He explained why he hadn’t let me kneel the night before. He didn’t feel he was in control his life or of his own emotions, and it made him feel decidedly un-Dominant. I scoffed. Because his emotions were ruling him the night before, he didn’t feel worthy of submission. I scoffed even more.

I pointed out to him that when the world feels out of control – as it often does right now – that he has an ace in the hole. Me. Sure, if I thought he went over the line with his control, I’d speak up, but even at his worst, his care and love for me shine through. I know he’d never abuse that, certainly not out of a need to feel more Dominant. I reminded him he can take what he wants – and if more control helps him reset his mind (similar to the way spankings reset me), I wanted him to do what he needed to do. (Being the subby masochist that I am, I’m pretty sure I’d enjoy whatever he came up with…just sayin’…)

By the end of the night, we were quiet for a different reason. No longer lost in our own thoughts, chewing on our problems like a dog with a bone, we were calm and still. The air between us was clear again. We remembered that we do better together than apart. When we went to bed, I didn’t have to drag his arm across me to feel safe and comfort. He was right there, with his cock tapping a beat against my ass, just like always. We were back, and, as with every conflict, we were stronger than we’d been before.

Q is for quiet. No, it’s not kinky, but it’s real. Quiet can be both good and bad. The quiet meltdowns – not so good. The quiet comfort we take in each other – much better. It’s also Wicked Wednesday and the prompt was “like a dog with a bone.” We both are guilty of being like dogs with bones when it comes to the things that stress and worry us. This was an example of a not-so-great moment for us. But we pulled through, together. Okay, now that I’ve brought you down, go forth and read something else – hopefully, it’ll turn you on.