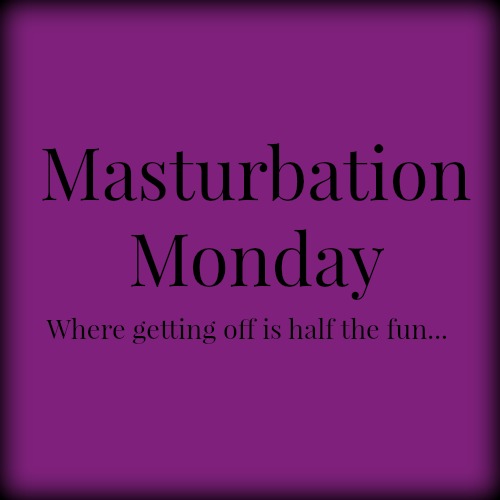 In position, at his feet, head down, ass up. A wiggling ass, begging for attention.

“Is this what you want, Babygirl?”

“Mmmmm, yes, Daddy.” My face was pressed into my hands, muffling my words. I could feel the warmth pooling between my legs.

He alternated between each cheek. The impact of his hand on my skin felt good.

It was over too soon.

I admit it. I may have sighed.

I nodded and whimpered.

“Get into bed, girl.” A firm swat accompanied his words. I giggled and wiggled my ass again.

Face down on the bed, I heard him rummaging in the closet. Which would it be? The crop? A flogger? Hopefully not the cane! Out of the corner of my eye, I saw square edges. The paddle. The big, thuddy, rubbery, rough paddle that can hurt as bad as the cane.

He placed one hand firmly between my shoulders, holding me in place. Oh Lord, if he doesn’t want me to move, this is going to be good.

I jumped more in anticipation of pain than the actual pain.

Owwwwwwwwwwww! The edge of the paddle was landing hard. I tried to squirm. He held me in place.

Lighter, but it still burned.

He began again, lazily enough, lulling me into a false sense of security. Before long, he ratcheted up the intensity until I was moaning and hissing, alternately.

The paddle landed in one place, over and over again, until I squealed and squirmed. Then it moved on. When he tired of that, he alternated the blows, following some path that only he recognized. My ass burned.

“I believe your ass is red and hot, Babygirl. I wonder how that happened.”

“It’s a complete mystery, Daddy.” He’d released my hair, and I was facedown in the pillow, grateful for some bit of coolness as the rest of my body was warm and flushed. He laughed at my muffled sarcasm. “Maybe we should take a picture?”

Later we would have animal sex and I would gush my orgasms until fluid ran down his balls. Hair-pulling, nipple-pinching, cock-riding, wild animal sex. And my ass would burn the entire time, a reminder of the moments that led up to nails on skin, teeth on flesh, leg cramp that almost derailed the whole thing, amazing sex.

Want to know what started it all? Other than the fact that we’re often insatiable for each other? It might have been this…

Yep, that’s John Brownstone’s bare ass. He mooned me, y’all! Yes, I took a picture of it, and yes I put it on Tumblr. He gave me permission, but I can’t help but wonder if the rest wasn’t kinky fuckery combined with a little bit of payback. If so, I’m okay with that. Ha!