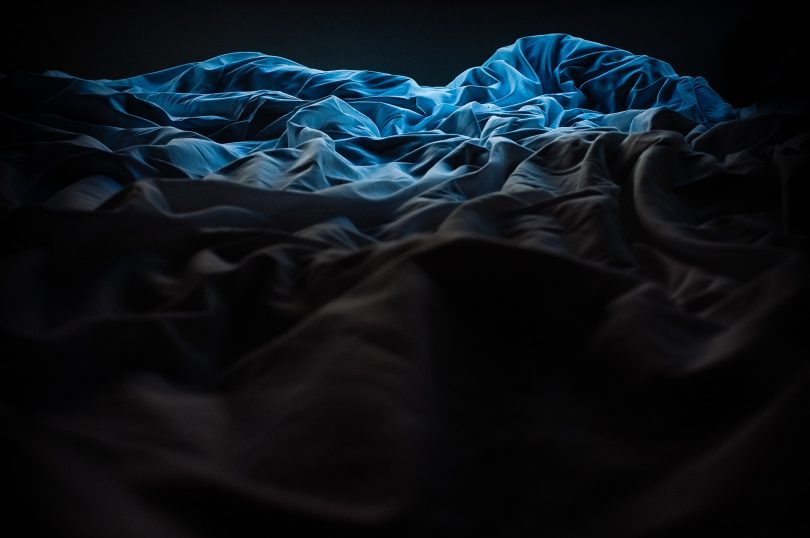 Saturday morning, long before the sun came up, John Brownstone woke me up with sex. Sort of.

The sex was real, but I don’t think I woke up. My eyes were glued shut. My body mostly non-responsive. That works for us – in a pinch. He knows that he can do that, and I don’t mind. I’m the one that suggested using lube when, in my sleepy state, I don’t welcome him with open pussy.

That early morning moment knocked us both out for the rest of the day. It was too damn early to be woken up – even for something as good as sex.

Sunday morning, he woke up with a pitched tent over his pelvis.

“Is that morning wood?!”

We’d worn ourselves out the day before and slept late on Sunday. So late that the dog and the child were scratching at the door (only one was a metaphoric scratch). I wasn’t really in the mood, but I would have fucked him. Except even I can’t justify sex when we’ve woken up three hours later than normal, the dog has to pee, and the kid is singing a made-up song about how he’s hungry. Note to self: teach that kid how to get his own cereal!

I made the suggestion because it was the right thing to do, but I don’t really want to be the couple who schedules sex. You do what you have to do, though. He agreed. Parent guilt kills the libido and wins out over even the hardest erections. (And it was an impressive hard-on.)

During the day, I developed a headache. I’ve never been offered ibuprofen so fast in my life.

“I don’t want anything interfering with tonight.” It was sweet, cute, and sexy. Also, I was grateful for the meds.

When we went to bed, we both had the best intentions. We were having the sex.

In bed, we did what has become our (not-so-great) habit. Each on a phone or tablet or Kindle. Each in our own little world. Not touching. Not talking.

That’s fine some of the time but not on the night you said you wanted to fuck.

“We’re doing this wrong.” I put my phone down. “We’ve been in bed for thirty minutes and have barely touched. We’ll do this for another thirty minutes, declare we’re tired, and then decide it’s time to have sex? What is wrong with us?!”

John Brownstone was quiet but he put away his book. That was a good sign. The thing I didn’t want to admit is that I really didn’t want to have sex. Not because I don’t find him absolutely fucking edible. But because I felt a disconnect, something more than a quickie could fix. And any sort of seduction he might have tried would have felt forced to me. I wanted it to be organic, something that just happened because we couldn’t stop ourselves from reaching for the other. Not whatever this was going to be.

I think we were in sync, though. Neither of us was crawling all over the other, ready to fuck. Mainly, I think, we wanted to connect. He pulled me into his arms. It was nice. Peaceful.

I ran my fingers through the hairs on his chest. He’s always solid under my hands in a way that no one else is. Warm. Strong. Mine.

He sighed in a contented way.

“You don’t really want to fuck either, do you?” He shrugged.

If I had spread my legs and said, “Come get me, Daddy” he would have fucked me. But I think he sensed what I was feeling. Something was causing a disconnect and what we needed more than obligatory sex was to find our way back to the other.

So I did what I do when the tension is too thick. I tickled him. He giggled. Yes. Giggled. I kept at it. For once I was grateful I hadn’t chewed my nails to the quick – yet. From one side of his chest to the other, down his sides, and oh yes, over his cock and balls, my fingertips roamed. He twitched and laughed. He wanted me close to him and as far away as possible at the same time.

We had fun. Hysterical laughter. Play-fighting. At one point he had a firm grip on both my wrists. Rawr! Yes, please.

Our legs hooked together. Our chests heaved from breathless laughter. We negotiated our way out of a non-stop tickle war.

That night we settled down in each other’s arms, soothed. Connected.

We were supposed to fuck, but I think what we did was what we really needed.