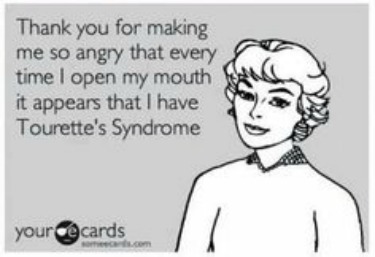 It takes a lot for me to show anger. Aggravation? Often. (I’m an expert eye-roller and consummate sigher.) Annoyance? Most definitely.

I’ve spent years learning how to keep my anger at bay, breathing through it, talking it out, or letting things roll off my back. But I’m pissed. Beyond pissed. I’m seeing-red-angry. I’m furious. I’m…well, hell, I’d be willing to hit someone if they were dumb enough to stand in front of me.

What’s got me all riled up?

Have you seen the latest headline making the rounds on the internet??

Proof that female ejaculate is just pee. from Discover Magazine, the one that started it all, I believe.

Ironically enough, they have it categorized under “Seriously, Science.” I’d like to think they’re being ironic on purpose, but they aren’t.

Why The “Science” Pisses Me Off

Seven test subjects is not enough for some conclusive study. And why didn’t they explain why it doesn’t smell, look, or taste like urine? The differences are so freaking obvious! I’m gonna go with the idea that they didn’t actually pay attention to that part. They went with chemical composition alone. I’m not a scientist but isn’t it possible that the bladder filled up because the secretions needed a place to be housed before they could flood the bed? Or cup, as the case may be? Could that explain the composite similarities? (Yes, I read the blog post that made me mad, lol.) 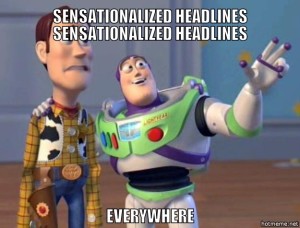 Why the Headline Pisses Me Off

What Really Pisses Me Off

The night I finally relaxed enough and came in a big, gushy orgasm, I stressed myself out making sure I hadn’t just pissed everywhere. My sheets were white – the wet spot was definitely there, but not yellow in any, way, shape, or form. The smell was tangy and sharp, but nothing like urine (says the mom of two little boys with bad aim – I am very familiar with the smell of pee). The hardest part was the taste-test. Sure, I was alone. Sure, I never had to tell anyone about it if it was pee. But I still trembled, blushed, and looked around (in an empty room) in shame, but I had to know. NOT pee.

For full disclosure, when I don’t empty my bladder before sex and I have a squirty orgasm, I can tell a difference in the fluid. I think some urine comes out as well – and if the fluid comes from the bladder, that makes sense. But I know the smell and look of stale urine – if I was peeing, I’d have to change my sheets more often, my mattress would reek, and my beautiful white sheets would be a dingy yellow.

If I had seen headlines or read articles dismissing squirting as urine, I might never have allowed myself to relax enough to climax like I do – or it might have taken me longer than it did. I would have been embarrassed and ashamed to admit that I’m a squirter – not wanting people to think I pee on myself. So what really pisses me off is the poor woman who’s just now learning about her body, just now discovering the joys of big orgasms, and if she’s seen the headlines, she’s ashamed, holding back, and not allowing herself the pleasure of her natural orgasm.

That infuriates me more than anything. To that woman, I say this: Don’t be shamed of your body. Don’t be ashamed of your pleasure or your orgasm. If you make big, gushy messes when you climax, keep towels nearby, and take pride in every, single orgasm. They are beautiful and so are you.

I’m not the only one who’s ticked off. My favorite response so far as been from Epiphora (pronounced e-PIF-er-uh) who also started the hashtag #notpee. If you’re a squirter and you know it’s not pee (or you support squirty, gushy women), feel free to share her post, my post, or your own on social media and make sure to use the handy-dandy hashtag.