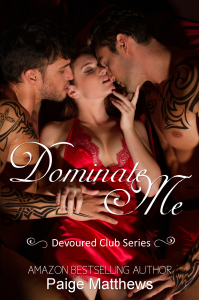 Devlin Fitzpatrick is a man of few words. Usually. An expert in surveillance and security, and a Dominant at Devoured, Devlin is known for his authoritative ways. After making the decision to observe rather than participate, and hiding from feelings and desires only few know about, Devlin throws himself into his work, and away from the practice of the lifestyle – that is, until he meets Ally. A chance encounter sets a new fire burning inside of Devlin – one that, up until then, has been absent. But, just as their relationship flares, a face from Devlin’s past returns, re-igniting long-subdued desires.

Ally O’Conner was not looking for a man – especially one like Devlin. Yet, the mysterious, gorgeous, and dominant stranger becomes the one person Ally didn’t know she was seeking. As Devlin opens Ally’s world up to hidden emotions and uncharted desires, Ally quickly finds herself falling, even though she knows Devlin is hiding something from her: desires or needs she is unsure of. When a stranger calls, looking for Devlin’s help, Ally begins to fear the worst as he begins to pull away.

Aiden MacCarrick has spent the last few years bouncing from place to place – drumming up work wherever he can. After a job gone wrong, Aiden finds himself on the wrong side of the bullet. With no other choice, Aiden reaches out to the one person he knows can help him.

As Devlin works to clear Aiden of a misunderstanding, and save his life in the process, the three of them are entwined in a foreign world of deep desires, unbidden wants and uncharted feelings. Can they find a happy resolution to their desperate situation, or will their emotions dominate them?

Once he was gone, Devlin’s hand grasped around the back of my head and pulled me close to him, his lips crushing against mine. His tongue opening my mouth to him as he mapped every inch of my mouth. The familiar smell of his skin, the feeling of his calloused fingers on the back of my neck had me pushing against his bulge. He broke the kiss and stood back, shaking his head. “God, it’s been awhile.”

I sunk to my knees into position. There was no doubt in my mind what I wanted, what I’ve missed for the last four years. I needed him like I need air. No matter what happened between us, no matter the reasons he was still here-and aroused as hell. The bulge in his pants was apparent when I gazed up.

“Get off your knees, Aiden.”

“Don’t fucking tell me what I need. That part of me is gone, left when I did. Now get your ass off your knees.” He began to walk around the living, toward the windows that over looked the city-even though the drapes were drawn shut, I knew that image.

“Devon, Devlin-whatever you go by now. I need to know why you left. Please?” I walked up behind him and placed my hand on his shoulder blade, rubbing it gently over his shoulder. I felt his immediate tensing, but continued to move my hands over the muscles of his back, etching them into my mind again. He used to enjoy this; Caroline on her knees sucking him off, me behind him rubbing my hands over his body until we switched positions and I took him into my mouth. The thought caused my dick to stir.

“I’m not discussing that right now. What we need to do, what I need to do is figure out a way to get you safe, that poor girl safe and to watch Ashworth burn in hell for his sins.” He stayed rigid, but didn’t move. I ran my hands around his body until they were rubbing his chest and abdomen, tracing every defined line on his torso. My body was up against his back, my cock against his ass. There was no way he could mistake my arousal.

“Don’t start something that can’t be finished.” He said as he finally stepped out of my reach.

“You started it with that kiss.”

“I lost my judgment for a moment. It will not happen again.”

“We have a history Devon.”

“Where’d he go? You still look like the same person to me.”

“But I’m not. Now get some rest. Kieran and I will be down in the morning.” He took another look at me and headed toward the door, pausing as he opened it, but not saying another word, slipping out again with the same look in his eyes as he had four years ago. 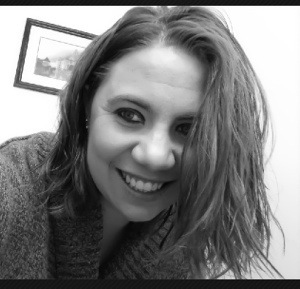 I grew up in a small, idyllic affluent town in the Western part of Connecticut, USA. The town definitely did not match my personality. My high school years were filled with the proverbial teenage fun, although not too much by me. I stayed close to home and pursued my B.A. in English Comparative Literature from a local college and then continued on for my M.A in English Professional Writing. I have always had a love for reading and literature and only furthered that during my studies. During my M.A. studies I decided it was time to challenge myself and work in a field that I have long admired and dreamt of: being a writer.