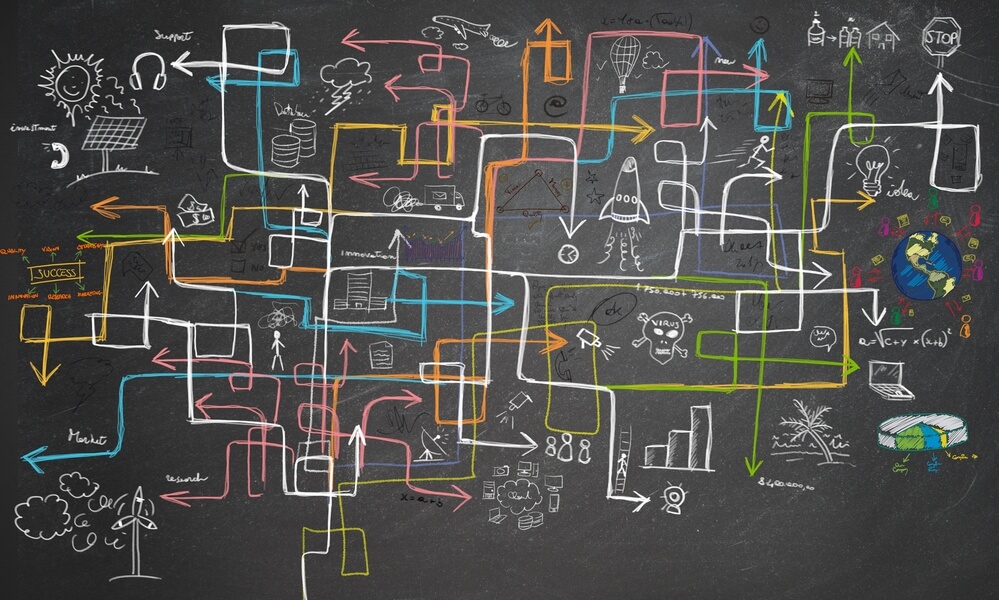 I crave simplicity and efficiency. It’s why I create systems and processes in my work life. Routines, to-do lists, calendars, planning sessions — all of it is (in part) an effort to simplify things. For the most part it works.

External efficiency tricks me into thinking I’m a fairly simple woman. My needs are few, and my focus is clear.

Except that’s not at all true. In my head, I complicate everything.

Let’s start with this space.

It means that I didn’t have the time, energy, or words. Nothing major. Nothing life-altering.

Of course, once my head gets involved, that’s where the complications begin.

Would I lose a bit of my identity by not being “sex blogger” Kayla Lords for a while? Am I forsaking my roots and a part of my audience? Who am I if I don’t blog and talk about my life in this space?

Those questions brought up the same feelings I get when I wonder if I should back off Twitter for a while. There are people in that space I adore, but I almost never connect with them anymore. My feed is filled with noise — other people’s anger, other people’s worries, other people’s complaints, other people’s thoughts. It’s so noisy I can’t always tell what I’m thinking.

But if I withdraw, will I be forgotten? One of my biggest fears is being forgotten, left behind, no longer wanted. So I stay, even though a part of me wonders who else I am when I’m not “sex blogger” Kayla.

So I do nothing and continue on with the status quo. When it’s time to redirect my focus, I’ll know. These things tend to hit me like a truck — with the obvious choice I would have seen weeks or months earlier if I’d only looked. But I can wait.

The moral of the story? One day of not maintaining my blogging schedule, and I’ve complicated everything.

It doesn’t end there. I have complicated feelings about my own relationship.

No one panic — John Brownstone and I are fine. More than fine. I spent the weekend letting my overly complicated mind spiral me into murky places, and he (as always) brought me back to the light.

We’re poly…open…ethically non-monogamous? Fuck, I don’t know what the acceptable term is anymore. (This is me, showing my age, not able to keep up with the way language is changing.)

He forms relationships with other people, and I am okay with it. Me? Well, I talk about the fantasy of having another partner. Mostly because I’m such an overly complicated case of poor self esteem and serious trust issues that few dare to enter here — and I don’t blame them. So I’m poly in theory while John Brownstone is poly in practice.

Until this weekend when I had to face my own internalized shit.

Will he like her better than me? Why can’t I provide for all his needs? What if he finally figures out he doesn’t HAVE to be stuck with a crazy woman? (Me, I’m the crazy woman.)

What was, for him, a fun weekend with his kink community and a friend who’s something more (I don’t think anything is defined and I can’t/won’t go into detail because that person has not consented to have their story shared) was a landmine of every insecurity I only thought I’d gotten over years ago.

My logical side knows and believes that it’s better for us that we’re open. He would stray or be very unhappy if he had to contain all his love. I’m genuinely happy for him when he has a good time. I adore the person he was with this weekend and love their energy together.

But tell that to my insecurities which decided to complicate everything.

It was in my moment of despair that I had a single useful revelation. While John Brownstone and I always talk about everything (yes, including this), I didn’t need to dump this on him while he was having his grand adventure. It would have been wrong to do so. I needed to deal with my shit alone for a bit, get a grip on myself, and let the feelings wash over me. Feel them. Process them. And tell myself, “Get it together.”

Yes, I needed extra reassurance when he got home. And yes, I told him all the panicky thoughts I’d had. But I also genuinely wanted his experience to be a positive one.

While I wish I could provide for every need, urge, and desire he has, I also know I can’t and I never will. That doesn’t make me inferior to anyone else. But of course feelings complicate logic all the time.

When I let my logical side take over, very little is as complicated as I make it out to be. (Frankly, the world is complicated enough as it is — I don’t need to help things along.) Blog or don’t. Believe he loves me or don’t. (He does, he definitely does.)