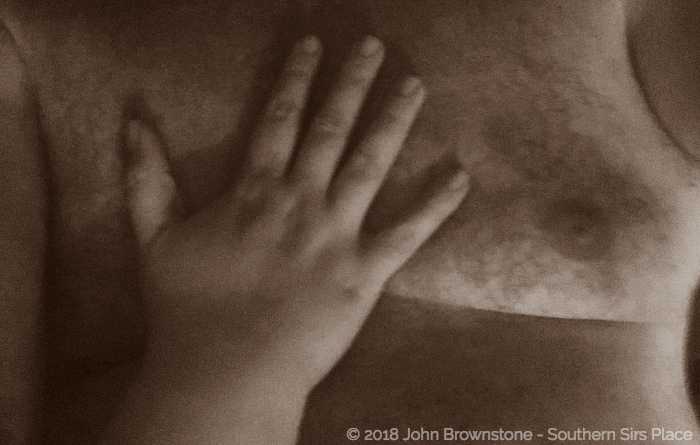 You know what turns me on? Good conversation.

But an ability to get down deep into the heart of a topic makes me wet. When John Brownstone tells me something I didn’t know, sharing a piece of his soul, I want to roll over and spread my legs.

Of course, a thick finger deep in my swollen cunt works, too. Absolutely, a tongue on my clit or hand in my hair sets my skin on fire.

But tell me your dreams, your fantasies, your hopes, your worries and I’ll rub myself against your body, desperate to get as close to your body as I am to your mind.

We make time nearly every night to talk before we go to sleep. Sometimes we stay still and quiet, basking in the moment together. Other times, we share hopes, dreams, and plans for the future. And sometimes, like the other night, we work though an argument.

Our arguments never make sense to me. We rarely fundamentally disagree, and I want to please him so much that I’m happy to compromise on most (but not all) things. (Note: that only works because he’s also willing to compromise. I don’t just roll over and accept everything he says or does.)

So when there’s an argument or a fuss, it’s usually because we’re not understanding the other’s point of view. We agree on principle but the delivery sucks.

It took two full days to have time to deal with it. I knew I was “right” in as much as you can be when you’re arguing about almost nothing. But I didn’t know why I was right, and I wasn’t sure how he felt.

“Are you ever going to tell me what that was about?”

Silence. When you’re with someone long enough, you learn to tell their silences apart. This was a thinking moment. I’ve also learned not to rush him through a thinking silence. He needs to collect his thoughts before he shares them.

It was a light bulb moment. I felt the truth when he said it and realized I understood and agreed. The reasons why were right there in front of us. They were things we’d been thinking and talking about for over a year.

This time, we went deeper into his feelings, how we could work on it, and what he needed from me as my partner and my Dominant.

It was a serious moment, and I treated it as such. But if I had been wearing panties, they would have been soaked. Every deep conversation makes me feel a little closer to him. I want to crawl inside his head and learn more, swimming in his thoughts and feelings until I’m coated in them. And I want to hump his leg, ride his cock, and be as physically close as possible while we share that mental connection.