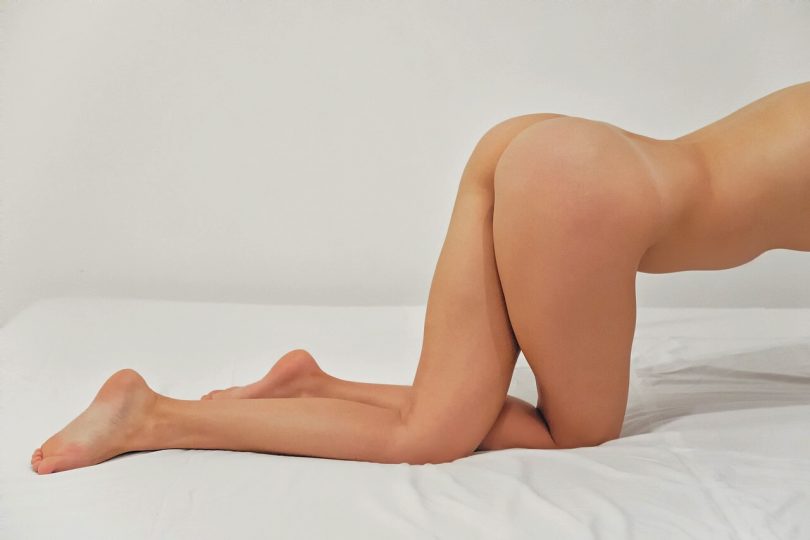 Tell me what you want. In detail.

His text message left no doubt about what he expected. After their conversation over breakfast, and her tearful confession that she’d been hiding her fantasies from him, of course he was going to make her do it. That was how they worked.

All day she’d thought about that message. Her fingers danced across the keyboard while she worked, and her thoughts whirred in time.

She closed her laptop an hour before he was due home. The way to do it had finally dawned on her.

Take a cue from your work. Show don’t tell.

She threw a tank top and panties on as the door opened. Running to greet him, she wrapped her arms around his neck and kissed his cheek. He pulled her close, pressing the length of her body against his.

“You’re looking proud of yourself. Have a good day?” She nodded as he leaned in and drank in her scent. “Mmm, and you smell good. I think I’ll have dessert first.”

Dinner. Fuck. So worried about their conversation, she’d worked right through and hadn’t even thought about it.

Thankfully, he sounded amused rather than annoyed. She stared at the floor, wishing it could swallow her up. What kind of submissive was she? She couldn’t share her sexual fantasies with him, and now she couldn’t even remember to cook dinner.

“Yes, kitten. We can order dinner tonight. But I meant what I said. Dessert first. I’ve been dying to have this conversation all day.”

She looked up, eyes wide. With a chuckle, he grabbed her hand and led her to the bedroom. He looked at the bed.

“It’s, um, my fantasy.” Her voice cracked. One eyebrow arched. “I thought it would be easier to show instead of tell you what I wanted.”

Her breath hitched, and her cunt clenched. The deepness of his voice belied a barely restrained control.

“Continue…” Did his breath catch? Was that desire?

Squirming and clenching her fists, her breath quickened. Why couldn’t he see what she wanted? Wasn’t it obvious?

“I want to be fucked from behind and have my orgasms forced until I collapse!” The words fell from her mouth in a rush. And she desperately wanted to swallow them back down.

What must he think of her? She loved the way he fucked her, craved it. How could she ask for something he couldn’t normally give her? Was she ungrateful? Spoiled?

Just as tears pricked her eyelids, she heard, “Strip and get on the bed. Ass up, head down. Now.”

She tore her tank top off, throwing it in one direction and pulled her panties down her legs, kicking them in another. Trying not to think too hard, she crawled on the bed.

With her cunt exposed, air kissed hot moisture she’d ignored earlier. She felt open and exposed. Which was the point.

He ran his thumb over her lips, pressing into her body. She sighed and pushed back against his hand.

The bed sank under his weight as he perched on the edge.

She shivered, goose bumps racing down her skin as the hard toy filled her mouth. He twisted and turned it, pushing it down her throat. No matter that it was an awkward angle with her face to the side. When he pulled it back, it was shiny and coated.

“Let’s get you warmed up first.”

A moment later she felt a soft buzzing against her clit. She mewled and whimpered.

“Hold this and don’t move it.”

“Wait. I forgot something.”

The sounds she made only propelled him onward, faster and faster, thrusting in and out harder and harder. Finding his rhythm, he took the wand from her, pushing it against her, holding her in place between the competing sensations.

The noises coming from her sounded inhuman to her own ears. She screamed and sobbed as pleasure rolled through her until she let loose a long wail and a gush of fluid, soaking the bed.

Sweat covered her body. Her breath came in ragged exhalations.

“What do you want now, kitten?”

She dragged air into her lungs, her entire body shaking. Pushing her hips back and out, she turned her head to look at him and said, “Continue.”