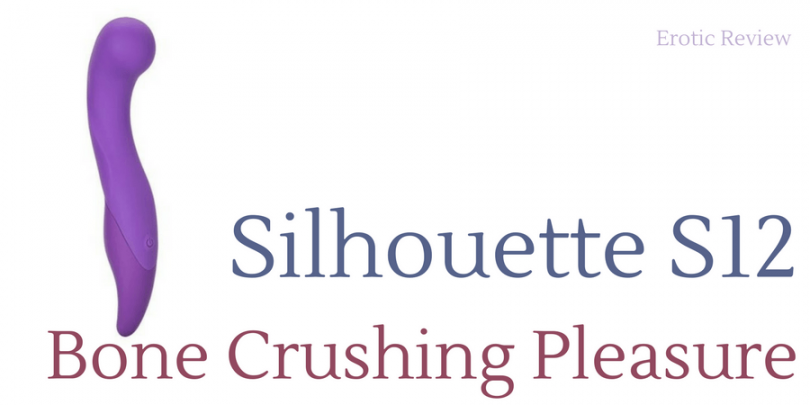 I’d been watching John Brownstone play with his Pocket Pulse and slurping on his hardening cock. It was good, but we were here for something else.

I said it as if I was leaving for the day instead of moving over six inches to my side of the bed and grabbing my own sex toy, the Silhouette S12 by CalExotic (received from LuvToyz.com in exchange for an honest review).

I turned it on and jumped. The noise of the two vibrators in tandem was obnoxiously loud.

Another toy with a bulbous head, likely meant for g-spot stimulation. I tried. I really did. But inserted, I felt nothing.

With the tip of the head on my clit, it was painful.

The noise of both toys was a distraction. I wasn’t feeling anything amazing yet. And I wondered if I would.

The fourth setting began the patterns, and it’s here I found pleasure. For the first time in my orgasm-having, vibrating-using life, the patterns moved me.

The pleasure built from the soles of my feet, burned a streak through my legs, and imploded in my cunt. No squishy, squirty orgasms that explode out and open my body. These were bone-crushing, spasm-inducing, curl-your-toes-and-your-spine orgasms.

Closing my thighs around the toy only made it worse/better. My legs shook, and I think I screamed, I’m not sure. My hand opened and closed in a desperate grab for…something.

Each climax rattled my teeth and my spine.

In the distant background I realized John Brownstone’s toy had shut off. It didn’t matter, because another orgasm slammed into me.

He grabbed my arm and leg and shifted my body onto my side, pulling my backside against his groin, pressing my head forward to force an arch in my back. I knew he wanted to fuck but I wasn’t ready to give up the Silhouette just yet so I kept it pressed to my vulva. 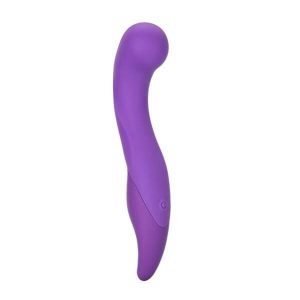 From the moment I saw the Silhouette S12, I wanted to love it. It’s purple, vibrates, and calls itself a body massager, of course I wanted to like it. When my early tries with it weren’t working, I got worried. Please don’t make me dislike a purple toy.

Here’s what I know:

If you’re curious and like clitoral stimulation, check it out: