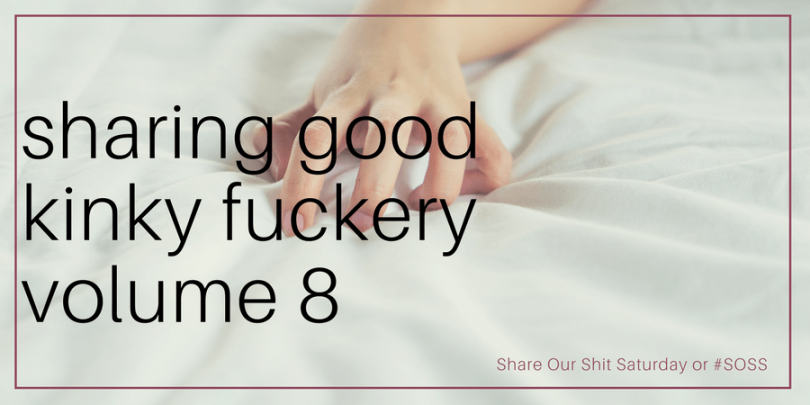 And I quickly realized how difficult this job has been for him! See, for me, I let him pick his top three faves, and then I don’t choose those posts for any other #SOSS post or newsletter (when I get around to sending those again). It eliminates some of the choices. Really, it’s easier. I promise.

How do I know? Because this week, when I did the top 3 picks, I wanted to pick EIGHT. Since I couldn’t (I’m no rule-breaker), I decided to feature them for Share Our Shit Saturday.

I like women who know what they want and go after it. Emma wanted Mr. Miller, and she got him. Even better, he got more than he bargained for in the best possible way. She’s definitely seducing Mr. Miller. I don’t think he knows what hit him but he’ll definitely be back for more.

Awakening the Wet Dream by Scandarella

As always, Scandarella gives us heat, humor, and sexy-as-fuck twists. I was laughing at the beginning and practically begging for more at the end. I know who the “obvious” awakening wet dream is, but there are a couple others who hit my buttons in the best possible way.

Save Water, Shower With a Friend by Oleander Plume

Molly has a habit of writing interludes between her and Michael (Dom, Husband, and – according to Molly – Tech Daddy) that make me laugh, nod my head, and say, “Yep, I recognize that.” I may be a sassy babygirl, but she’s definitely a feisty bitch, and I think we’re all the better for it.

Swinging has never been my thing, although the potential for multiple partners, threesomes, and shared experiences has grown on me over the past couple of years. The encounter Jerusalem aka Jaime describes makes me think that I could be seduced in this way and feel more comfortable trying something new like swinging. I love the gentleness, care, consideration, consent, and sexiness of this story so far (this is part one).