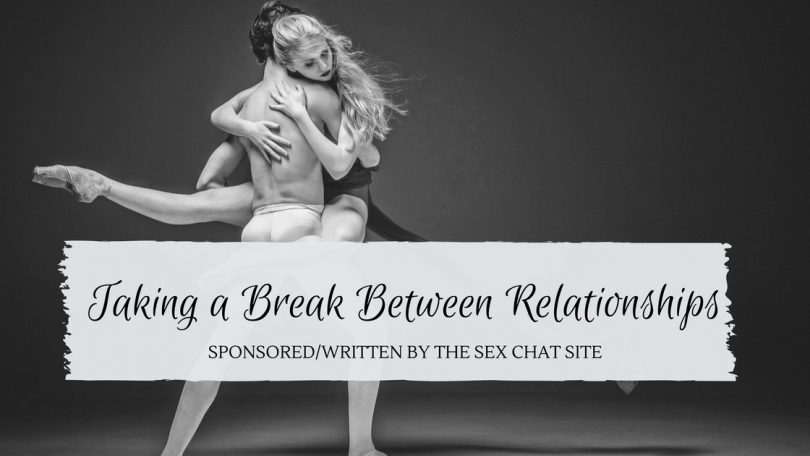 Society, in general, seems to insist that we have to be with someone. Not only do people, in general, have an animal and tribal instinct to do so, but the way our world is structured caters to couples and families. This is why some people feel a huge pressure to always be paired with someone. If not, they feel like something’s missing or wrong. But if you’re constantly going from one relationship to the other, and they never really work out, maybe it would be better to take a break and reassess the situation. The problem, though, is that sometimes we’re scared to be alone.

We’d all like to think that once we make a mistake, we learn from it and don’t do it again. Life doesn’t always work that way, and we often make the same mistake over and over again. The thing is you can’t exactly contemplate your mistakes if you just jump into something new the minute your current relationship fails.

Some people think, “There’s a problem in this relationship. I’ll get out and the problem will be solved.” But that assumes the problem was your partner, and that it won’t be the same with another one. What if the problem was you? Because if it is, it won’t matter who you go out with next, the issue will still be there. By not taking a break, you may be doomed to repeat the same mistakes again.

Fear of Being Single

Plenty of people are afraid to be alone. They convince themselves that if they remain alone, they’ll never find someone again.  They may also believe in the societal norm that we’re all supposed to have a partner. This can lead to a demonization of the single lifestyle: You’re never complete in the eyes of others until you’re coupled with someone. But this is a terrible reason to be in a relationship. It’s not about whether they’re right for you but rather making sure you’re not alone.

The truth is that you need to form an identity outside of a relationship. You need to find your own strengths and weaknesses. Don’t be afraid to be single, instead make the most of it. You won’t get many opportunities to sort yourself out and figure out what you want if you are constantly going from one partner to the next.

One of the greatest things brought on by the internet is the phenomenon of online dating. There are plenty of things you can do without going into a full blown serious relationship. Adult dating and using sites like www.thesexchatsite.com/dirty-chat are great examples of having a good time in between relationships.

Staying single for too long can potentially lead to insecurities if what you really want is a relationship. A good compromise between not dating officially and being alone is to have some companionship every now and then. It can be the best of both worlds: on one side you’re still alone so you can get your life sorted, and on the other side you’re flirting, chatting, and even having sex if you want to.

Remember, it’s up to you

The path to finding yourself involves doing the things you want to do and that you need to do. If you decide being single isn’t what you want, you can always look for love again. Make sure you take some sort of break in between relationships, though. At least to process the ordeal of splitting up and what went wrong. You don’t want to carry resentment from one relationship into the next  If your ex hurt you, give yourself space to heal and move on. If you can see where you went wrong in the relationship, spend time thinking about what happened and finding ways to have a healthier relationship in the future.