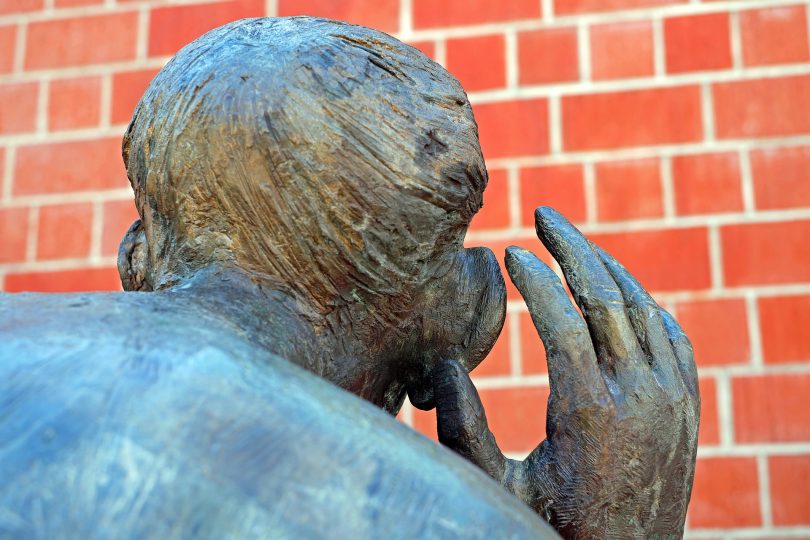 Please tell me I’m not the only one who ignores good advice, finally takes it, and then thinks, “Fuck, they were right!”

Happens all the time.

John Brownstone: I think you should stop working late at night. It’s interfering with your sleep.

Me, stops working after 8:00 at night, sleeps better. Damn it.

Friend: You don’t have to respond to emails as soon as you see them. People understand you’re busy, and you’re stressing yourself out.

Me, finally listens, let’s emails wait (still apologizes for “delay” in every response), no one hates me for it. Of course.

People I respect online: Get the fuck off Twitter and social media! Put your damn phone away! (In all fairness, this is their advice to the world, not me personally.)

Fuckity-fuck-fuck. I wanted to be the exception to the rule. I wanted to have my cake and eat it too. Shouldn’t I be some weird savant who can write hundreds of words a day, answer emails, run my business (that feels weird to write), AND chat on Twitter all day long? Without feeling perpetually behind?

Uhhhh, no. Because I’m not the exception. I’m just like everyone else. Which isn’t at all hard to admit but it seems to be hard to remember. Daft woman (as a darling friend called me recently, rightly so). I am easily distracted and it interferes with the important things that need to get done and everything else I want to do.

I think I allow myself to be distracted out of fear. I have big hairy goals that sound crazy when I say them out loud. As long as I have “no time,” I don’t have to face the work that comes with making those goals a reality.

We hear the advice all the time. Put your phone down. Get away from social media. Look up every once in a while! Twitter is a time suck. Social media is filled with pointless drama. Live life!

Usually, the reason we don’t walk away, close the browser, or ignore our phones is because of FOMO (fear of missing out). I used to have that – when I was still addicted to Facebook.  What if someone posted something I just had to read? Who was liking my latest random thought? What if I missed out on something?! The recent political insanity cured me of that addiction. I couldn’t get away from my personal Facebook profile fast enough.

That’s not really my issue on Twitter. I think Twitter is designed for you to miss stuff – especially if you follow a shit-ton of people. My real fear – and it took me a while to admit – was that I fear being forgotten. Sounds silly, I know. The people who genuinely like me won’t “forget” me, and it’s not like I’m closing down my account. We’re talking about not checking it during the day…that’s it.

Yep. That was my ridiculous reason – being forgotten.

I’m kind of over that now. Well, that’s easy to say on day two of a habit change. Maybe it will be hard later, but so far, ignoring social media for a few hours (clearly, a #firstworldproblem) is easier than I thought it would be. Monday was the most productive day I’ve had in weeks. Tuesday (today) is shaping up to be that way, too.

So what’s the point? Other than a subtle plea to, “Please don’t forget me!”? Well, I think I’m a believer in all that advice I’ve been reading/hearing/getting on being more productive. If you’re spending all your time on social media, what aren’t you getting done in the meantime?

Social media will still be there when you’re done for the day or after you’ve spent time with the people who matter. Getting the things done that you say you want to do becomes more doable when you decrease the distractions (she whispers to herself).

My other point is this – how many of us know we’re being given really good advice but ignore it because we don’t want to change, we’re afraid of missing out, or we think (like I did) that we’re exception to the rule? I can’t be alone in this.

Personally, I’d rather focus on things that benefit me, that help me move forward in a positive way, and allow me to reach my goals – instead of worrying about missing out on the fun (that’s not always that damn fun, let’s be honest) or, like the daft woman I am, being forgotten because I didn’t spend hours on social media. Also, I think I should start taking good advice when I receive it while remembering that not all advice is actually good.