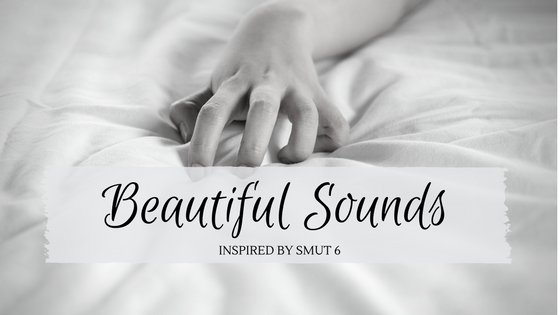 Oh God, Amber is so pretty. As he stared at her in what he opened was his cool, casual look, he almost let the door shut in her face.

“Dude, where the hell were you?” She giggled. It was the most beautiful sound he’d ever heard. “Anyway, thanks.”

She hummed along with the canned music as he leaned against the rail in another practiced casual move. He was wrong. Humming was the most beautiful sound.

They walked through the lobby together. Tom hung back just enough so they weren’t obviously together – he didn’t want to crowd her – but close enough he could hear the swish of her skirt against her legs. Okay, maybe that’s the best sound ever.

With a quick wave, he watched her Uber pull away before he walked back into the office building, ignoring the knowing smile of the guard in the lobby, and out through the parking garage exit to find his car.

Tom is such a nice guy. Kind of dorky. But I like dorky.

Amber hummed the song from the elevator as the car sped down the road. Wonder if I should ask him out? Does he even know I exist? Guys like that are usually lost in their own thoughts.

“Oh, yeah, sorry. Do you need directions?” She leaned forward, ready to pull up her GPS.

She cringed. Thank goodness this guy was honest. The driver yesterday had taken her around town a long time before she asked if he needed directions, only to realize later, he’d passed her place at least twice.

Her house was dark and quiet when she walked in. She turned on the hallway light but kept the rest of the lights off. From a cancelled meeting to another that lasted an hour longer than scheduled, she was beat.

Hehe, beat. I know what I’d like to beat. She stripped off her clothes as she entered her bedroom, leaving a trail in her wake. Does anyone even call it beating anymore?

Tom fell into his couch, sinking into the smelly but still comfortable-after-all-these-years cushions. It was older than his ten year old car and like the car, he couldn’t imagine ever having a woman anywhere near it.

“Dude, wake up,” he grunted at the flesh in his palm. “What do you want, an engraved fucking invitation?”

Normally just thinking about jacking off had him hard as a rock. Tonight? Not so much. What was it going to take?

Amber…he could still smell her perfume. In an instant, his shaft went rigid, bobbing and twitching at the hint of her.

He almost didn’t care which video he should watch. Almost.

Watching the skinny guy on the screen mount his girl in the grass, he slowly moved his hand back and forth. No one had to know that, in his mind, she looked like Amber.

Her fingers swirled and circled over her clit, already soaked from the first orgasm. Something about footjobs really did it for her. But this, fuuuuuuck, this one was hot.

Public sex. Nudity. She wanted to be used like that, on the ground, out in the open, where anyone could see.

That the dude looked a little like Tom wasn’t so bad either.

She thrust two fingers in her slit, rubbing against her g-spot. Her heels dug into the bed as her hips lifted. In her head, the two people became someone else. She was the dirty bitch getting fucked on her knees. Tom was man enough to give it to her over and over again.

Pinching her nipples, she flicked her clit. I want it to hurt so fucking good. Come on, damn it! Her nipple stretched in front of her as she squeezed and pulled. As her orgasm barreled down on her, she screamed and gushed, soaking the blanket under her.

What’s that sound? Someone was humming. It was familiar. Very familiar.

He heard a giggle. The most beautiful sound in the world.

“What are the odds I’d find you here right now?”

He jumped, not at all prepared for the beautiful woman standing in front of him, even though he’d fantasized about her all evening. Even though he’d know her hum anywhere.

“I could ask the same of you? What brings you to the park at sunset?”

She shrugged. Smirked. Was that a wink? “Maybe I hoped there’d be someone here who wanted to fuck me as much as I want to fuck him.”

Amber leaned in, her breath warm on his ear. “Are you gonna fuck me or not?”

He groaned. Her lips slid across his mouth. Before he could grab her waist, pull her against him, and ravage her mouth with his, she stepped back. He whimpered.

Turning around, she bent straight down to the ground, her skirt climbing over her thighs. Full, glistening lips peeked out at him. He wanted to bury his face between her legs and worship her pretty pink cunt. Instead, he watched in amazement as she gracefully fell to her knees on the ground, her ass swaying back and forth, daring him to watch, her skirt still hiked up, exposing her to anyone who cared to look.

“I asked you a question, Tom.” She giggled again. “Are you gonna fuck me or not?”