Hi Kayla! Thank you so much for having me on your blog today!

Here’s a snippet from my latest release, His Captive’s Heart. In this snippet, Marcus is helping Dimitri test products for the club and one of them is a gag. 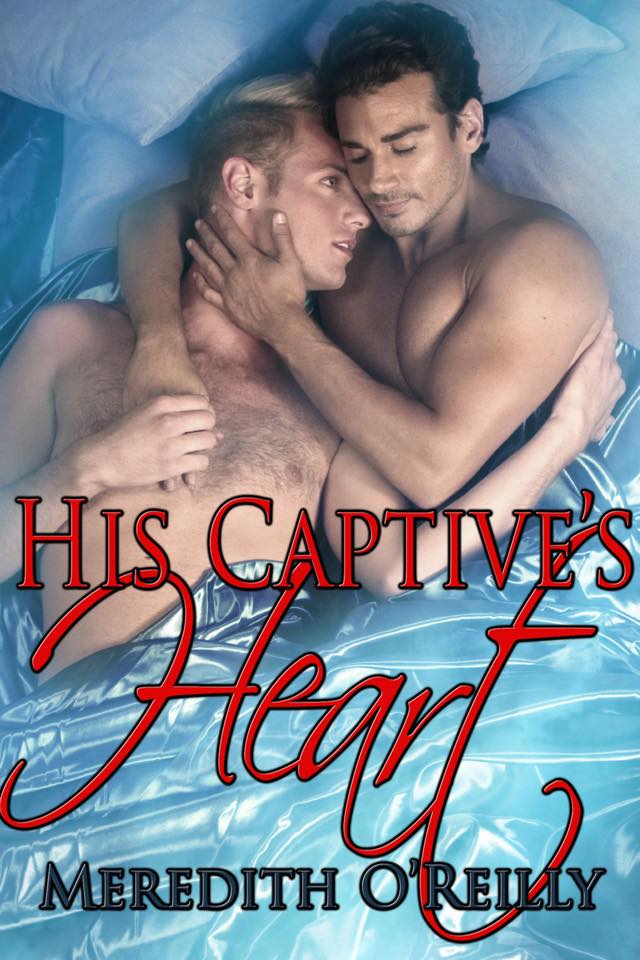 “Okay, then let’s try the gag that tastes like chocolate.” He unwrapped the gag from the plastic. It looked like a regular gag, but it was brown instead of black.

He held it up and said, “If you need to use a safeword, I want you to squeeze my hand twice. I’ll take it off right away.”

I nodded and he wrapped the gag around my face, tied it, and grabbed my left hand.

I licked the ball and shockingly, it did taste like chocolate. It didn’t taste fake either, but like actual chocolate.

I shook my head no while I continued to lick the ball. This is yummy.

“Let’s keep it in for a minute. If the taste stays, then I’ll order a few and ask some couples to try it to make sure that the chocolate flavor will last for an entire scene.”

I nodded my head again, closed my eyes, and leaned back a little, enjoying the taste of the chocolate. If I had to wear this gag again when Dimitri and I played, I really wouldn’t mind.

I suddenly felt him slip his hand beneath my briefs and grab my flaccid length. It hardened underneath his grip.

“Do you like that?” he asked, ever so slowly stroking my hard shaft.

“I can’t seem to keep my hands off you, especially when you look so delectable, sitting in my club with a gag in your mouth.” He stroked me for a few more minutes before he pulled his hand out of my briefs and took the gag from my mouth.

Twenty-nine-year-old lawyer Marcus Bradberry has fantasized for years about finding a firm-handed man who would not hesitate to provide both guidance and discipline while also bringing him the kind of fulfillment he’s only dreamed about. When he meets Dimitri Anderson, the owner of a local kink club, Marcus takes a chance and shares the wildest fantasy he’s ever had with him.

Though he confesses to Dimitri that nothing excites him more than the idea of a being overpowered, kidnapped, and mastered completely by a strong, handsome man, Marcus is nonetheless shocked when Dimitri takes it upon himself to bring this fantasy to life. When Dimitri surprises him after work on a Friday, Marcus soon finds himself blindfolded, handcuffed, and driven away to an unknown place.

It quickly becomes clear that Dimitri knows exactly what his captive sub needs and is more than ready to give it to him, but as the weekend progresses, Marcus realizes that trusting his new master is at times much harder than he expected. Will he surrender to his most secret desires or will his fears drive him away from his master’s loving arms?

Meredith O’Reilly cannot believe that she has four books published! It was a little over a year ago, that she had her first book published with Stormy Night Publications. She began writing age play stories, but has since branched out to new sub-genres of romance.

In her spare time, Meredith goes to school, watches a little too much Netflix, and experiments with learning how to cook new things in the kitchen. Mostly she tries to balance her life between school work and author work. That’s a task that is easier said than done, most times. 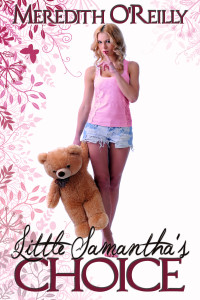 Little Samantha’s Choice, Meredith’s first book along with three other amazing books from Stormy Night Publications is on sale for 50% off! You don’t want to miss that deal!

Samantha Briggs always had a suspicion that her husband, Jackson was hiding something from her. When he’s away on a business trip, Samantha finds out her husband’s secret, he wants her to act as his little girl on the weekends. Deciding to give it a try, Samantha falls in love with being Jackson’s little girl. But when she slips up and embarrasses herself by behaving childishly during a stressful morning at work, she reconsiders their new relationship. Will she give up the lifestyle she’s grown to love so much, or can she come to accept that there is nothing wrong with choosing to be her daddy’s little girl?

Thanks for having me over again!