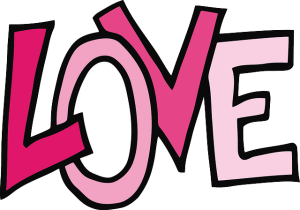 I haven’t been overwhelmed by my feelings for John Brownstone in a long time. Don’t get me wrong. I love him, fully and completely every single day. I appreciate everything he does for me, for the boys, and for our family. He’s an amazing man, Dominant, and Daddy. Even as new as we are in our relationship, it’s easy to forget the butterfly feelings, the sense of the Universe expanding around you, and the warm embrace of love. Funnily enough, the strangest things can remind us…

Okay, weird Kayla-fact – I’m irrationally fearful of roaches. (Typing the word gave me goosebumps, and I’m practically incapable of saying it out loud – I refer to them as “bugs” only.) It’s a weird phobia left over from a childhood of living, quite literally, in the middle of the woods. The kind of place where you clear the land, plant your house (in our case a tin can in the form of a singlewide mobile home that was old when we bought it in 1984), and never have to see your neighbors. Our street was never actually a street, simply a dirt road and wasn’t given an official name or a place on a map until the early 1990s. Yep, the woods.

The thing about the woods is all the nature. I never would have considered myself a girly-girl when I was younger, but I have never liked too much nature near me. I like pretty flowers, fresh vegetables, and even beautiful, majestic trees. Hell, butterflies, dragonflies, and birds can make me smile. But that’s the extent of my love for nature. Because, you see, when you live in the woods, it gets in where it’s not wanted. Often in the form of bugs and creepy-crawlies, especially after big storms. Hence the childhood issue with roaches, specifically (since I’m from Florida) palmetto bugs. Not sure what those are? Google it (I refuse to look it up, look at it, link it, or otherwise have to face them. /shiver) Have a crack in a wall? They’re coming in. Did a big rainstorm come through? They’re coming in. They’re huge, can and will fly, and look like the only thing that’s ever going to survive a nuclear attack. By the way, since this is Florida, they exist everywhere, not just the woods. (There go the goosebumps again.)

And I hate them. Irrationally hate them. Scream and cry when I see them. Shiver and look around in fear even after I know they’re dead and gone. Use an entire can of bug spray to kill one. (Die, motherfucker!)

What has this got to do with love? Well…everything.

Daddy and I rented our current apartment, even after reading the bad reviews of rodents and yep, bug infestations. (That’s the last time either of us ignore bad reviews.) We wanted to be together so bad we convinced ourselves it couldn’t be that bad. A year later, we have rodents crawling in the ceiling above the kitchen and “bugs” coming out at least once a month, despite all of the times the apartment’s pest control guy comes by to spray.

Each time, I either drown it in bug spray or freak out until Daddy can deal with it. (For the record, I had to swallow my fears when I was single because it’s wrong to ask your small children to kill big bugs while you cry and pee in your pants – I didn’t scream back then, but I did cry about it.) In the past several weeks of the move, everything has gotten worse. The rodents have multiplied – we’ve gone through the complete life cycle several times with those things. Birth, scrabbling and squeaking, death, and the odor left after death all the way back to birth again. The bugs have become more active. Before, I saw one or two a month. Now, just days before we move out, I’ve seen six since the beginning of the month.

We have traps out (disgusting but necessary). We keep everything as clean as possible so as not to encourage their appearance. We do our part, but this infested hell-hole of an apartment is riddled with them.

So back to love (now that I’ve made everyone a little sick to their stomach). The other morning, I came downstairs, bleary-eyed from too little sleep and being woken by a certain someone’s urge to fuck (Rawr!). What greeted me as I turned on the Keurig? Yep. A bug. I swallowed the scream, but the trembling and tears were immediate. I grabbed the spray and let ‘er rip, so to speak. The thing fell into the sink and I backed away slowly, holding the can as a shield. (Ya know, in case it mutated, grabbed a gun, and came back with a vengeance.) Every time it happens, I struggle between the need to wake Daddy up and ask him to deal with it and the desire to let him sleep and just stay out of the kitchen until he comes downstairs. Letting him sleep wins, but I’m usually a wreck by the time he gets up.

It was the sixth one in three weeks. I felt unclean. I wondered, even with the traps, if we’d bring any to our new home. Y’all, our condo was owned by a borderline hoarder who lived there almost 30 years and there have been ZERO signs of these things during the remodel, even after we had to open a section of the wall. There is no way in hell I want to bring an unwanted guest with me when I move. I lost it. I sobbed into Daddy’s chest, feeling stupid and yet terrified of my own kitchen. I was willing to burn the place to the ground and eat out for the rest of my life.

Daddy said that wasn’t an option.

What did he do instead? The sweetest thing anyone has ever done for me…no…really.

My morning tasks as a submissive are pretty simple. I get his lunch together, make his breakfast, and fill his travel mug with coffee. That’s part of our D/s, and I never, ever have a problem with it. Until this particular morning when I was jumping at every noise, constantly staring where some disgusting bug might appear, and basically just being a stressed out wreck.

Daddy never said a word. He simply stood in the kitchen, playing on his phone. It took me about half a second to figure out what he was doing – giving me moral support and being available to check dark corners and kill anything that might be alive. He pulled out things from the cabinet for me. He double-checked a dark corner for me. He just stayed close.

He knows my fear is completely irrational. He knows that I’ll survive if one of them gets near me. If he was like everyone else I’ve ever known, he could just tell me to get over it. (He’s gently reminded me that they aren’t going to hurt me many times.) But instead he was there, a solid presence when I needed him most. I never asked. He never said. It just was.

And that’s when that warm glow of love, the kind that leaves you breathless and gives you butterflies, sort of swallowed me up. That’s when I felt what we have between us, after the kink, after the playfulness. We’re there for each other, through good and bad, even if the support is for something that seems completely ridiculous to the other.

Gawd, I love that man.