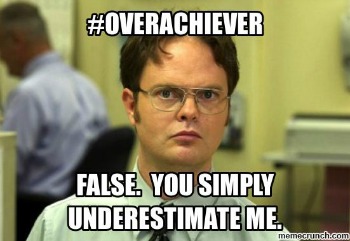 No one is immune to pressure. Well, no one with a fully-functioning brain and mind capable of caring, worrying, and thinking.

My entire life I’ve applied a great deal of pressure to myself.

Straight A’s from elementary through high school? Almost. (One damn B in 9th grade…ugh!)

Top of my class or as close as possible in college. Yep.

“Best” employee in the building? Most productive? Dependable, seemingly indispensable, what will we do without her? Yep, that’s me.

I’ve always held myself to extremely high expectations at all times. From an early age, I had very clear thoughts about who and what I should be. Nothing less than my best was allowed. Slacking caused guilt. Relaxing meant falling behind. Being number two was the same as losing.

To say I was raised this way makes it sound like I had parents who forced me to study Tchaikovsky, learn Chinese, and play the violin all before I was old enough to wipe my butt. That wasn’t my reality. Instead, I learned to read by the age of three. For “fun” in the summer, I practiced my handwriting (I hated it, but my dad insisted – to this day, though, I beam when someone compliments my handwriting. Sad but true). I went into kindergarten knowing I would one day go to college.

In high school, I took all the honor classes, joined all the clubs – was usually an officer, played in the high school (band geeks rock – and everything you’ve heard about us is true – we’re total sluts!), and worked. I survived on four hours of sleep a night and did my best to make it look “easy.”

Admitting exhaustion meant I’d have to give up something, and I refused to do that. I liked everything I did – or at the very least, I enjoyed what the outcome was supposed to be – great record, good college, and my parent’s pride – and appearing to be the best.

College wasn’t much different except for the clubs. I was over it by freshman year, so I stopped joining stuff. Thank Gawd. But for a couple of years, I took a full course load and worked three (yes, three) jobs.

I would proudly strut around telling anyone who would listen that I worked best under pressure. And it did seem that way. My best writing (if grades are any indication) came from the papers that were written 2am the morning they were due.

The streak continued into my adult life. I decided not to go on to graduate school for several reasons, but a lot of it had to do with this idea of “slowing down.” I didn’t want to work and go to school, too. I just wanted to be married and have a job. Silly me, I really thought I’d slow down. Instead, I worked 12-14 hour days, six days a week. I didn’t know at the time that I was trying not to go home because I disliked my (now ex) husband.

So here we are, all those years later. And I was actually shocked to discover, in the last few months, that pressure and stress affect me physically. Yes, I know it has that affect on most people, but I’d convinced myself that I worked well under pressure, that I was somehow immune to the affects of stress. 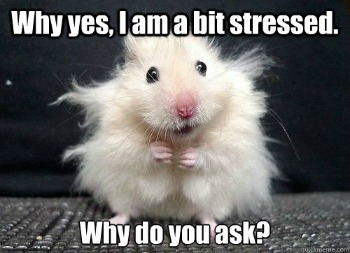 I didn’t realize that chronic headaches (nearly every day for years) weren’t really normal – and that most of them were migraines. I powered through because the expectations I set for myself (and that others came to have of me) were so high there was no slowing down to deal with pain. Work 10 hours, go home, clean, cook, deal with babies who became toddlers and big boys. Pay the bills, buy the groceries, mow the lawn, figure out how to make an extra buck or make $5 last a family of four until payday. That was my life, and it felt normal.

Then I slowed down.

I met my Daddy, a man who understood this was supposed to be a team thing.

I stopped spending every waking moment in an office, always working, always striving for more (even though I hated being there).

And I learned that pressure and stress kick my fucking ass at every opportunity.

I have had to come to grips with crippling headaches because I’m like a volcano that’s about to blow.

Because even though life has slowed down, I haven’t really changed.

I should be doing more as a writer (says the woman with nine book ideas on a to-do list). I should market myself more, better, like “other” people do. Jeebus, I need to stop comparing myself to anyone else.

I need to get more vanilla clients. I need more kink clients.

I need to clean this.

I need to fix that.

I need to call them.

I need to research that.

It seems every moment of my day is filled with an expectation – not just of Daddy’s or the boys’, but plenty of my own as well.

We need more in savings. The boys need shoes. Gosh, a date night would be nice. Must. Write. More. Must. Make. More. Money. 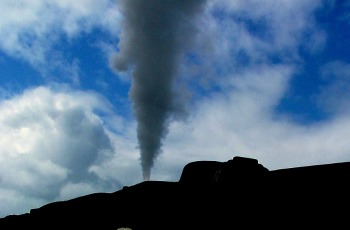 I’m wiped out by a massive headache, nausea, exhaustion. I can’t function. I have no more left to give. I gave at the office, thanks.

I am frustrated by every little thing. The sheets don’t fit right on the bed, therefore I must tearily curse my way through making the bed. I need to make two phone calls – calls that will give me information I want – but it’s too much, it takes too much energy. Dinner? Yeah, right.

Then the pressure starts in a different vein.

What’s wrong with me? Why can’t I handle it anymore? Why am I letting this get to me? I just need to suck it up and ignore this. There’s shit that has to be done.

After the questions comes deflation. I’m a sad, deflated balloon. The pain hasn’t left but the will to move past it has. Those are cereal-for-dinner nights. Those are fast-food-sounds-good-to-me nights. Those are please-don’t-ask-me-for-a-fucking-thing nights.

This isn’t D/s or vanilla, this is life. And I know I’m not alone.

Conventional wisdom says I should cut myself some slack. I should learn to say no (to myself?? Yeah right). I need to let the guilt go.

Kinky wisdom would say I need to give it to Daddy, trust in him, let him take care of me.

Both are absolutely correct. Its advice I would give to someone myself. Until I eye the next goal, the next task, the next achievement, the next thing that I feel is mine to conquer and accomplish.

That’s when it starts again. 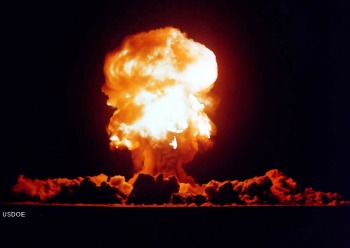 No moral to the story this week. Just feeling the excitement of working towards new things, the fear that comes with new things, and the stress and pressure that I put on myself to achieve every single goal I have as best I can. And of course, the headache and exhaustion that come with all of it.

For the record, though, I take great pride in all that I do, am trying to do, and the things I want to do. I just wish I could make it happen without the explosion.