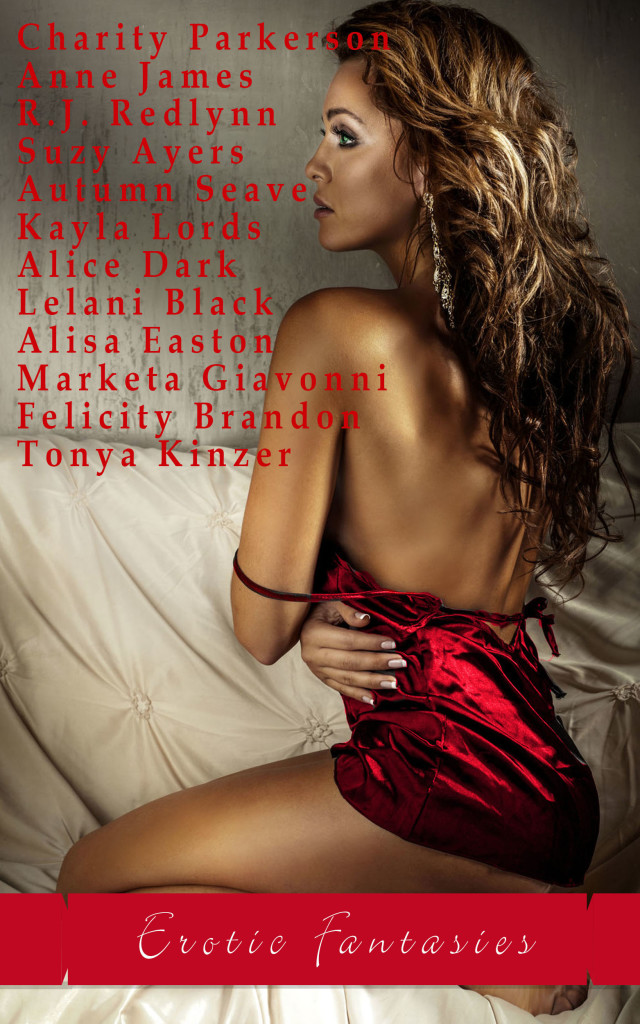 Tonya Kinzer is running a giveaway from her blog, and you can enter too. Click this link: a Rafflecopter giveaway.

I contributed a new Sir and Babygirl story for this anthology. Need a reason to get your copy? Oh, no worries, I’ve got an excerpt:

Prior to his visit, Ethan talked to his brother to get the scoop on what to expect. He knew Babygirl and Sir were dating and that she would be staying while he was in town. His brother had referred to her as his “babygirl” so often, Ethan thought of her as Babygirl, too. Ethan had no idea that their relationship was one of power and control, dominance and submission. As open as Sir was with his family, some things were private. Sir wouldn’t hide anything from Ethan, but he didn’t advertise his kinks, either. Ethan didn’t know that his big brother was known as “Sir.”

After driving to his brother’s house, Ethan sat in his car, listening to the last chords of his favorite song. As he looked up at the house, he saw movement in the living room window. He watched in horrified fascination as his big brother grabbed a woman (That must be Babygirl, Katie, whatever) by her hair, forcing her to her knees.

Ethan gulped. A thin layer of sweat covered his body. What was his brother doing? He watched in amazement as Babygirl looked up at the man towering over her and opened her mouth. Ethan couldn’t imagine what was going to happen next, but he never found out. He jumped as his elbow accidentally hit the steering wheel, honking the horn.

Disappointed, Ethan saw the woman hurriedly rise to her feet and walk out of his line of sight. His big brother looked out the window and smiled at him. Ethan couldn’t help thinking that his brother looked, well, feral, like a wild animal. There was something about his eyes and his smile that Ethan couldn’t quite put a name to.

Scrambling to get out of the car, he grabbed his duffel bag and made his way up the steps to the front door. Before he could knock or ring the bell, the door swung open.

“Hey there, baby brother! Get your ass in here!”

“Hi, Johnathan! I think I’m a little early.” Ethan couldn’t get the sight of Babygirl out of his mind.

“Not at all! Right on time.” Johnathan smiled at Ethan, happy to see him. “Babygirl! Come on out and meet Ethan.”

Somewhere at the back of the house, a door opened. Both men turned towards the noise. Ethan’s eyes widened. She was gorgeous. Not supermodel gorgeous, but more real. He took his time appraising her – dark eyes, thick brown hair, full lips, fuller breasts, wide hips. Ethan appreciated a woman with curves and had never liked the waif look. She was a ripe peach just begging to have a bite taken out of her.

“Dude, you done?” His brother’s voice held amusement and annoyance. Babygirl blushed a deep crimson. “Yes, she’s gorgeous, but staring is rude. Cut that shit out.”

Ethan stammered and apologized to them both. What the hell was wrong with him? I must just be tired. Begging off for the night, he told them both he needed some sleep.

His brother showed him to the guest room and wished him good night.Walking down the hall, Sir smiled to himself and shook his head.

“Tomorrow is a new day, and I will not embarrass myself again,” Ethan murmured to himself. Lying in bed, he drifted off with the image of Babygirl on her knees.