Happy 4th of July if you’re in the US. Um…yeah, no hard feelings to all my UK friends and readers. /giggle…(damn it, there I go again, giggling!)… 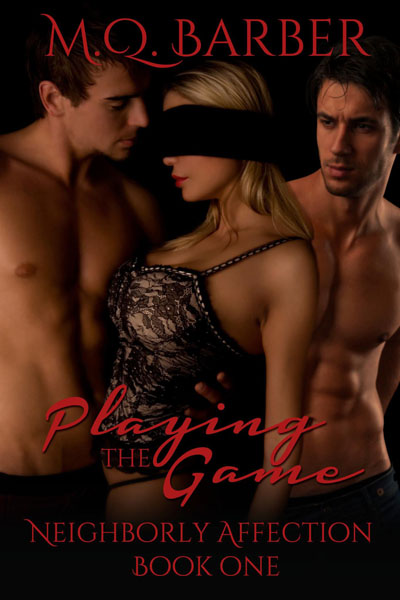 Blurb: Mechanical engineer Alice still drools over her sexy neighbors a year after she’s moved in. She can’t decide whether they’re roommates or partners, but either way, they spark a wanton desire in her that has her imagination–and vibrator–working overtime.

Henry, director of everything around him, studies human nature and applies philosophies to his paintings as well as his relationships. Quirky, polite to a fault, and formal, he follows his own code of honor even when it means denying himself.

Flirtatious and playful, Jay needs stability, guidance, and to please others. His antics counterbalance Henry’s stuffy ways while he brings a level of vulnerability and fun to everything the trio does.

Even better, here’s an excerpt!! Check this out!

His insistence conspired with the music and the blindfold to paint a picture on the padded blackness. One in which she lay in the park, surrounded by the hushed whispers of other attendees as the orchestra played and the air cooled with approaching night.

His left arm slipped beneath her, and his chest braced her back with warmth. His legs nestled in behind her own. The music concluded as his right hand grazed her hip.

“Mendelssohn next.” His mouth hovered at her ear, his every breath a vibration. “The Violin Concerto. A quick opening, stimulating, plaintive, passionate.”

The music began. His fingers danced along her side, and his lips fell upon her neck below her ear, moving in a slow counterpoint to the speed of the violin. His thorough, unhurried appreciation claimed her full attention.

But the press of his fingers against her inner thigh forced a sound from her mouth, a mixture of pleasure and alarm. The hem of her dress had risen without her notice. The tightening in her body illuminated exactly how arousing she found his voice and his touch.

He paused in his worship of her neckline.

“You’ll need to be much quieter than that, dearest, unless you wish an audience. I confess…” His fingers teased higher with tiny circles. “I myself find nothing troubling in the thought. Your beauty in ecstasy may rival the concert itself. Certainly a show worth witnessing.”

He stroked over her panties, his fingers outlining her lips.

Her mind chased the taunting familiarity of his touch as he varied the speed.

The violin. His fingers matched its rhythm. She wished she knew the piece, which stroke would come next. Her hips rocked steadily, a metronome for his variation.

His fingers slipped under the edge of her panties. She freed her sighing moan, the relief as he pushed into her with no resistance. Pushed until his palm lay flat against her sex, his fingers moving within her, his thumb circling her clitoris.

“You want to come here, Alice? In the middle of the park, with people all around us? With my hand between your legs? Is that what you want?” His voice, warm and knowing, told her she did.

He obliged her. His mouth returned to her neck, her throat, her collarbone, tasting and teasing. His fingers slicked over her clitoris, dancing in and out.

The blackness in her vision grew bright as tension squeezed her eyes shut, made her body rigid with need. When she came for him, her climax unraveled long and shuddering, her panting breaths becoming soft cries on every exhale. She shook as the music drifted into silence.

Holy hell, that’s hot! So where can you buy this one??

And how can you follow the amazing M.Q. Barber?

I have my copy of this one, and I’ll review it soon. If you like what you’ve read so far, go get it for yourself!!!