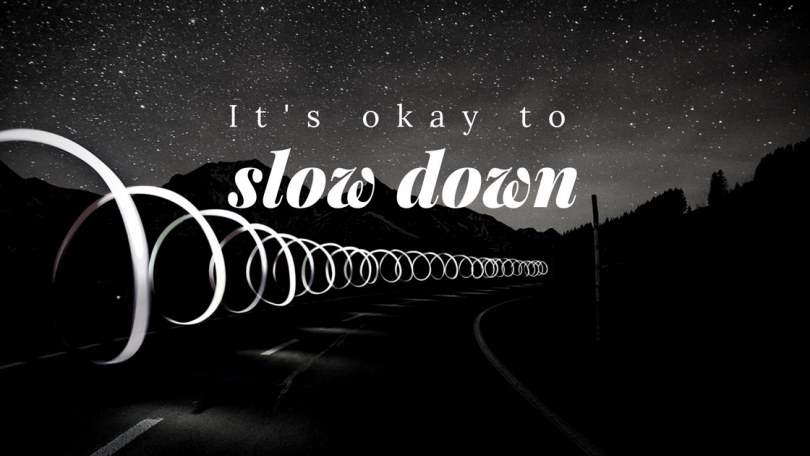 Does anxiety count as anxiety if you can get yourself to a better place without having the meltdown first? Is a depressive low still depression if you can function? These are questions I’ve always asked myself and were the reason that for years I didn’t seek any help when my mind spun out of control. When I found myself curled up in bed, crying for no reason I could clearly explain or so numb I could barely move, I “got over it” too fast to believe it was serious.

I always told myself to “get over myself” and “buck up” and the million other things I heard in my head, about not being whiny or ridiculous or so damn selfish. Other people have worse problems. It’s not that bad. What do I have to complain about?

Those voices still live in my head, but I’m able to ignore them a little better now. I know, on an intellectual level, that they aren’t good, kind voices. They’re the mean girl voices (that sound like my father, which I refuse to think too closely about) that want me to believe the worst about myself.

So when I hit a low that still lets me function or anxiety that doesn’t suck all the oxygen out of my lungs, I slow down instead of stop. I get quiet instead of going numb – or freaking out. Proving I can never win against my own brain, though, I still berate myself even for my quietness.

Did you answer that person’s question?

You’re not responding to comments or emails fast enough.

Why did you let that annoy you?

Why aren’t you working on this? That? The other thing?

God-fucking-damn, sometimes I wish I could shut that damn voice up. Nothing is ever good enough, unless I’m going full-tilt, balls to the wall, no thinking just action until I collapse.

The nice thing, if there is a nice thing, is that when my brain does this, a certain calm voice centers me. Part of me wishes it was my own voice, but it isn’t. I’ll take John Brownstone and his calm, soothing ways any day, though. When I’m not too far gone, while I’m still functioning, I can let his Dominance overpower me, center me, give me someone and something to follow for a while. Maybe it’s part of my own unique crazy, but when things are only a little bad, letting him lead calms the storm while it’s still just a drizzle.

That calm gives me time to find my center, think through the swirling thoughts, and sometimes just rest a little. I know that the more worn down I am and the worse I sleep at night, the harder it gets to stay in a good mental space. Now that we’ve added the new stress of only one steady(ish) income – mine, while re-adjusting our life, relationships, and D/s all at the same time, I know my anxiety lives just below the surface, waiting to bubble forth.

I don’t have fucking time to be paralyzed by my own fears and worries. There’s too much to do. Too many people to talk to. Too many things to try. Too much. (Too much of the world to conquer, she only half jokes.) I don’t want to stop, but, if I have to, I can slow down.

Sometimes I do it on my own. Sometimes he makes me. Sometimes I don’t have a choice. I’m learning that first option is usually best…even if it means I have to ignore the mean-girl whispers in my head.