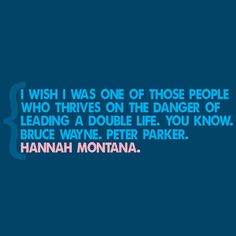 I consider myself scrupulously honest. I don’t tell lies – I simply stay silent. I’m not good with the small niceties of polite conversation unless I really mean them. Basically, I’m not going to tell you your hair looks great, that dress makes your boobs look good, or I like your nail polish unless I really think so. I’m good at keeping my thoughts to myself. Read a few posts, and you may find that hard to believe, lol.

When I write, it’s what I really feel and believe in that moment. Yes, things change as do hearts and minds but from the moment the words go from my brain to my fingertips to the screen, it’s the God’s honest truth.

I detest liars, cheats, and thieves – most especially when they’re affecting me or anyone I care about.

And yet, my life is filled with lies of omission.

You don’t know my real name. Does it matter that “Kayla Lords” is a bastardization of my real name and that I feel most myself when I’m working and writing under that name? I don’t know.

My closest family and friends have no clue about half (okay, one quarter, maybe one third) of my professional life. My mother keeps telling me I should write books. (Cue ironic laughter here.) My family wonders how we manage to make ends meet just on the little they know about. I have to assume they must think I get paid a lot to write. (Cue hysterical laughter here.)

Hell, my friends in the local kink community know me as Kayla. Only a small few know the vanilla side of my public life or my real name.

Now, to be clear, I know why I have a pseudonym. I know exactly why I guard the two halves of my life from the other. But sometimes living a double life becomes overwhelming.

I want to share my writing with my vanilla world. But I don’t want them crawling through the rest of my kinky life.

I want friends who know both sides of me. But I haven’t figured out how to make that work yet. It’s a little bit like looking for a kinky date in a vanilla world. When exactly is the right time to tell someone you put your boobs and every kinky proclivity on the internet for anyone who cares to look?

Y’all might find this hard to believe, but I’m actually an intensely private person. Some of the women I would consider my absolute best friends on the planet have no clue about much of my life. That sounds crazy, I know, but friendship (the true, good, long-lasting kind) have more to do with compatible vibes, energy, and personalities than shared interests – at least to me.

Am I walking around morose or freaking out as I battle this feeling of duality? No, not really. But I do wonder if I’m as honest as I think and say I am. Wouldn’t a truly honest person come clean to you, her kinky fuckery readers, about the rest of my writing? Especially since I’m intensely proud of it and some of it comes from things I’ve learned as a sex blogger? Wouldn’t a really honest person say, “Hey Mom, stop worrying about me. I write smut and kinky shit for a living, and people are actually starting to pay me for it!”?

This side that you get to see is an honest part of me. The side I show the vanilla world is equally honest.

Would you believe the kinky side is fearless compared to my vanilla life? In my vanilla world, I’m a hippie, tree-hugging liberal who believes in philosophies that send most conservatives into apoplectic spasms – complete with mouth-frothing, eye-rolling, and foot stamping – and my social media feeds are filled with conservative friends. And yet, I share very little of that side. In the kink world, I’ll tell you I’m pro-sex, pro-sex worker, pro-kinky-weird-shit as long as you’ve got consent – and I’ll go toe to toe with any asshole who tells me I’m wrong. Not so much on the vanilla side of life. Weird but true. (For the record, though, I don’t pretend to believe differently than I do.)

I don’t have any answers. I’m gonna keep on, keepin’ on because I can’t figure out the safest way to join the two halves of my life. At this point, if I out myself, I out other people, especially a certain Daddy/John Brownstone. That doesn’t seem fair to me, either.

And frankly, I like my anonymity. If I knew people from my vanilla world were reading this, would I continue to be my own kind of fearless? I don’t know.

But I swear there are times when I wish I could share a vanilla-world link with y’all, and say, “Look at what I did! Isn’t this cool?” I wish I could show my vanilla world a link from Kinkly or Fetish or Submissive Guide and let them know kink might seem weird, but it’s good and positive and healthy.

I wish I could be one whole person instead of one woman with two lives.