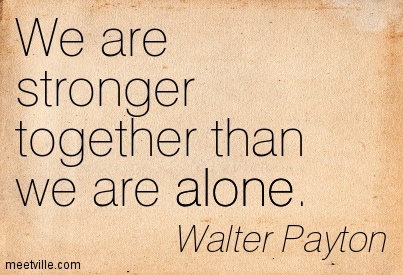 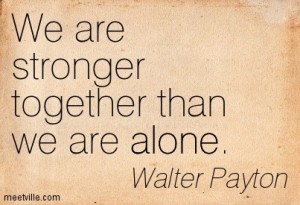 John Brownstone and I have lived together, sharing a home and a life for 14 months, 13 of which were spent living with the knowledge that his little sister had stage 4 colon cancer – uncurable, a death sentence.

I think about that fact sometimes, and I’m blown away. Nearly the entire time we’ve lived together as a couple has been spent with the specter of grief and loss hanging over our heads.

On August 2, the specter became real. And a new normal is slowly making itself known.

I promise you I haven’t spent the past year or so obsessing that sadness infiltrated our lives. I wasn’t thinking in terms of fair or unfair. I didn’t even really think in terms of stress and fear. Sure, it was a part of our life. I say “our” but only because we’re two sides of the same coin. This was his sister, his loss, his stress, his fear. I was along for the ride. The reality affected me but it can’t compare to what it did to him.

He barely slept for months until he was introduced to Ambien.

He had awful nightmares, crying out in his sleep. I held him at night like I do my own little boys. Some nights, I barely slept because I wanted to keep the bad dreams at bay. My only weapon was the warmth of my body pressed against his.

He questioned his own Dominance. In a world where very little is controllable, it makes sense. I reminded him he was always my Daddy and always my Dominant – even when he didn’t feel like it. Sometimes by simply submitting to him and “making” him lead.

I hesitate to use the word “make” when referencing any Dominant. I didn’t manipulate him. I simply asked him to decide. He didn’t take the lead, I gave it to him. Sometimes it worked. Sometimes he exploded in frustration and stress, unwilling to have one more single piece of responsibility land on his shoulders. Consequently, I learned when was a good time to ask for his guidance and when I needed to take the reins myself.

We snatched moments of kinky fuckery when and where we could. Opportunities abounded in the beginning only to slowly grind to a halt in the last few months of his sister’s life. Yes, there were times I missed it, we both did. But we were together. We had our rituals. We took pleasure as it came to us and sometimes we moved heaven and earth to grab our kinky fun with both hands. 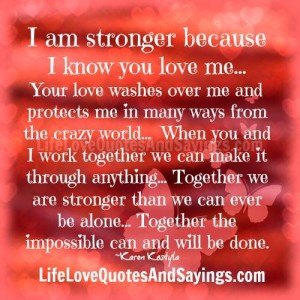 I don’t share all of this for some sort of pat on the back although some people might give me one. Anytime I’m praised for helping him or his sister I feel strange. I didn’t do anything special. I did what people should do in those situations. Don’t thank me for it. Hold other people to higher standards instead. (Yes, even I know that’s a losing strategy with many people…unfortunately.)

I share all of this to help you understand a few things, some hard-won lessons from the past year or so.

You are still Dominant or submissive even when you’re not “doing” anything. Even without elaborate scenes, in-your-face control and/or submission, and kinky fuckery, you cam be (and still are) a Dominant or submissive. Simply going through the rituals and protocols we’d set up in the beginning helped us reconnect as a D/s couple, even when the rest of the world was falling apart around our ears. Kneeling before bed, requesting permission for orgasms, letting him open doors for me, simply calling him “Daddy.” All of those little details that became part of the daily routine in the early days were more important than they’d ever been before.

Tough, real talk is better than pie-in-the-sky fantasies. Three of my family members died of terminal illness when I was in my 20s, two from stage 4 cancer. I could see the road ahead for his sister as soon as the diagnosis was given. I told Daddy everything I knew. I warned him. I insisted that he educate himself. And he did, and he stayed realistic throughout the entire year. Of course we both wanted a miracle, but it’s much better to plan for the worst and hope for the best than to stick your head in the sand – no matter how painful the reality may be. My words of “wisdom” didn’t give him any comfort, and for that, I hated it, but I’d rather him move forward with his eyes wide open than his head buried in the sand.

He is not his family. And thank fucking gawd for that. While he was heeding my tough talk and relying on my past experiences, his family decided to ignore the problem. In the end, their denial made for a ridiculously dramatic and emotionally painful living hell for everyone who’d cared for his sister. Before his sister took her last breath, I had lost all respect and use for his family. And I loved him even more because instead of caving to their crazy delusions, he stood up and did his best to do what was right for his sister. He was strong in the face of weakness. He was true and sure in the face of crippling guilt (theirs not his). I’ve never been prouder of him. And I’ve never had a better example of how we don’t have to follow our family’s example. We are our own people with our own choices to make.

We all make mistakes, even with the best intentions, but honesty will set you free. At the very end, Daddy and I had our own little rough moment. A sleepless night, hurt feelings, and issues to deal with. But we spoke honestly and frankly, sugarcoating nothing, and we’re fine. On the other hand, I still have to apologize a lot because I don’t know how to give platitudes. I don’t know how to say the nice things we’re supposed to say in grief. I sometimes doubt I’m much comfort to him in those moments.

Take comfort where you can. Maybe I’m not saying, “God only takes the best” or whatever the words are for the grief-stricken. But I am a soft place for him to land, and sometimes a kinky one. The day of his sister’s memorial service, I wiggled, sashayed, and batted my eyelashes until I got the biggest and best spanking I’d had in a while. That little bit of play helped him relax more than any back rub, hot shower, or comfort food could ever do. (That I had a red ass was just a bonus.)

You have to be each other’s safe harbor. During the last week of his sister’s life, Daddy spent every waking moment (and a night or two) in the hospital, desperate to be close to his sister and continue watching over her. I missed him but I knew he needed this time. He wouldn’t rest well at home. But we also had to fight against the delusions that persisted in his family. I constantly (and painfully) reminded him that wanting something bad enough doesn’t make it so, simply refusing to believe the doctors and nurses wasn’t going to bring his sister back. He knew that, but his family (the family that had buried their heads in the sand for 13 months) refused to believe this was the end.

Why did I have to be an island of sanity in a sea of crazy people, a safe harbor for my strong Daddy? Have you ever known something with every fiber of your being and then been told over and over again by 3, 7, 10 people you were wrong? Were they so sure they were right that you started to doubt yourself? Yeah, it’s happened to me, too. I couldn’t be by his side, but I could be the voice of reason, reminding him that he wasn’t crazy, he wasn’t wrong, and an absentee family could not possibly know more than the ICU staff. (Lord, y’all, the stories I could tell from that one week of hell. It made me want to write a horror novel just so I could kill some people off…) 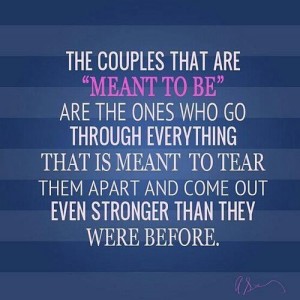 The past year has been a mixed bag for us. One moment, he’s stern Daddy spanking a naughty girl’s ass and then forcing an orgasm or two. The next moment, I stand firm with eyes blazing, reminding him that he did everything right for his sister and he should have no regrets. And then in another moment, I offer him my family (with our kind of crazy) who respect him and yes, even love him, the way his own family hasn’t been able to in all of this mess. Every moment has been spent reacting to whatever the world throws at us. I think we’ve handled things pretty well, but not without our own scars and bruises.

This isn’t about kink or D/s or BDSM. This is about people in a relationship, loving one another. I wish it could be all kink, romance, spankings, and sweet nothings. But sometimes it’s arguing over when the credit card bill got paid because neither of you slept more than two hours the night before. It’s looking into the eyes of someone you love and telling them to cherish even the most annoying moments of their sister’s cancer because there will come a day when they would kill to have those moments back. It’s standing up and declaring that those crazy fuckers can kiss your ass, they are not allowed to treat the one you love as if the past 13 months didn’t happen. (For the record, I didn’t say the last bit to anyone other than Daddy…but I wanted to.)

The last chapter of a 13 month saga has closed, bit by bit over the past few weeks. Grief still feels fresh and the wound is still open, but no longer gaping. Now, the next chapter begins. Now, we figure out our new normal. If we survived the last year together, we can survive anything.