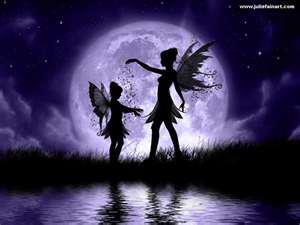 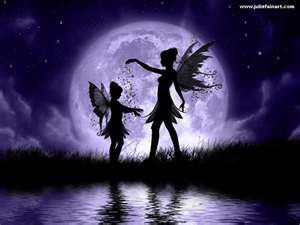 You ever get a feeling you’re being watched? That you’re not alone? Yeah, me too.

Try getting it when you’re walking through a forest, almost dark as night even in broad daylight. Leaves cover the ground. Branches hover over your head. A light darts past. You move your head to get a better look, and it’s gone. Maybe you blink a few times. Surely you saw something, a figment of your over-active imagination in the middle of a slightly spooky forest.

But I know the truth. That feeling, those lights – they’re real. So very real. Flutterflies and fairies live deep in the forests, the few that still exist anymore. No matter where you go or what continent, you can find them. But only if they want to be found.

They’re pure light and dust and only assume a shape if they decide someone’s worthy of the truth. No two people see the exact same thing, though. I figure it helps them hide better. Random people claiming to see glowing butterflies, small people with wings, or even gnomes will be ignored if they have nothing in common but if everyone tells the same story, someone will take notice – eventually.

So how do I know so much about them? For a time, I lived among them. I became a forest-dweller who drank directly from bubbling springs and ate berries and seeds from the forest floor. And I had the most unbelievable adventures of my life. Now, I walk in every forest in every place I visit, hoping for another glimpse…and the opportunity to redeem myself among the flutterflies and fairies.

But that is another story for another day. Would you like to know what I see when the fairies reveal themselves to me?

To children, they appear to be children themselves. Which is probably the most accurate portrayal. It’s only when you look in their eyes that you see the wisdom of their millenia in the world.

To the old and sick, they come in the form of wise ones and healing women.

I like to believe we see what we need to see, that they reflect back what we most want for ourselves.

You probably think you know what I saw, don’t you? It’s an honest mistake. And, for the first time in many, many years, I will share what I know. For a time, I was touched by magic, and I would do anything to feel its caress just once more. Once you know what I know, you’ll understand…

The first time I saw them, I was thirteen, still a child but with raging hormones and an ever-changing body. My first fairy was a child, too – a boy. Golden skin, amber hair, sparkling emerald eyes. He hid his wings at first. My breath caught in my throat when I saw him. I had never witnessed such beauty. He wore only a cloth around his pelvis, more for my sense of propriety than for his own, I later learned. His body was long and lean, the start of what would one day become a towering muscular man. In my teenage heart, I worshiped him completely.

He only appeared for a moment or two, just enough time for me to see him, take in his ethereal beauty, and love him. Then he vanished.

I became obsessed after that. It was only understandable. No real boy was ever going to compare, and I knew it. I’m sure I knew no man could ever compare to a fairy child. Every spare moment was spent in the woods, chasing the lights that danced at the corners of my eyes, blinking over and over again.

Five long years passed before I saw more fairies, before everything changed forever. Summertime in a forest is a magical place. The heat is dampened by the density of leaves and branches overhead. Flowers are in bloom. Dragonflies and butterflies zip in and out, this way and that. I was in love with the forest that year, on the brink of being an adult, packing up for college, dreading the years I would spend away from my magical place with its strange secrets.

I fell asleep by a stream. I’d walked for hours, searching and blinking. They wait for a vulnerable moment, you see. Nothing is more vulnerable than the seconds between sleeping and waking, when you still feel your dreams but your body becomes heavy as you float back down to the earth.

There they were. Two men, standing tall, a few paces away from me. Instinctively I knew if I ran after them, they would disappear forever. Instead, I waited and observed.

Naked and proud in their nudity. Long, lean limbs. Powerful hands. Broad shoulders tapering into narrowed hips. Their cocks. Holy hell, how could I describe such perfection? Even at such a tender age, I knew they were magnificent. Long, thick, jutting forward demanding to be seen. My hands twitched with a deep desire to touch and stroke their bodies. I knew, even in my virginal state, the skin would be silky against my fingertips even as I felt the iron deep within.

An innocent – at the time – I had no defense against their raw sexuality. I was transfixed by their nakedness and beauty. I wanted to touch and be touched. These are fairies. Even if my desire hadn’t been realized through otherworldly means, the open, naked hunger on my face would have given me away to them.

When they approached me, I shrank back. They were larger than life, and I realized I was small, nothing compared to them.

With a single thought one or the other, my clothes vanished. I was as naked as they were – but never as beautiful. I tried to shield my body from their gaze. That was the first time they touched me – to move my hands from my breasts. They would see all of me, every last inch, every crevice and nook, down to my soul.

Their curiosity held no eroticism. I wondered if they’d ever seen a naked woman. I found out later, they’d never met a human before. Just as we have our myths and lies about the fairies, so too do they have their own misconceptions about the humans who share their world.

With a gentle touch, I was bare before them and unable (or unwilling) to move. If I’d been in my right mind, if they hadn’t been so sensual and sexy, maybe I could have walked away with my innocence and my sanity in hand.

But I didn’t and I wasn’t, and those two men with their jutting cocks and perfect beauty seduced me into a world of flutterflies and fairies, a world I’m desperately trying to reach again…

Welcome to Wicked Wednesday! This week’s prompt was “I don’t want realism, I want magic.” Well me too, damn it. So I created a little magic all my own. I feel a story there, but don’t know how or what…or especially when to do something with it. How’s this for an intro? Does it make you want to know more??