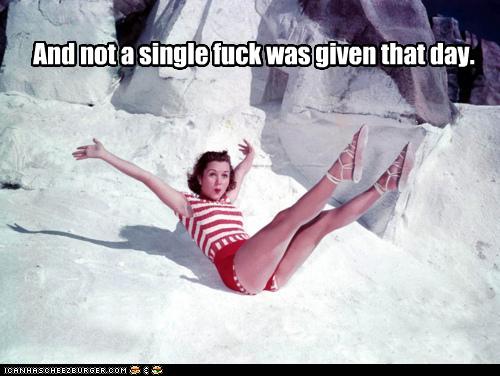 On Monday, I was planning my first Thanksgiving – the first turkey I would ever cook, the first lunch/dinner I would ever host. I was stressed but not overwhelmed. It was the right thing to do. We could have run away to a more southern locale and visited my aunt and uncle, without having to take on the responsibility of cooking. We could have, but it would have meant Daddy’s sister and nephew would be alone for the day. I don’t think a cancer patient who’s undergoing chemo should have to try to figure out how she’s going to handle Thanksgiving, just sayin’.

Daddy and I discussed it. If she was willing to come over, we would be happy to host. If not, I’d cook and we’d take to her house. Either way, she’d have Thanksgiving. I asked for a list of family favorites so I would know how to put together a menu. That was the first time I felt even slightly overwhelmed.

While going over the list with Daddy, I noticed it was practically a full menu. I wanted to be able to include my own family favorites, but I didn’t want to cook too much, either. Going down the list, green beans were added.

“Can I make green bean casserole instead of just plain green beans?”

“Well, you know how I feel about green beans.” He really doesn’t like them.

“I know, so it should be fine if I make green bean casserole, right?”

I might have gotten a big agitated. “Well, if I’m cooking the entire meal, the last thing I’m going to do is snap green beans, too.”

“I don’t use canned green beans, Daddy. I use the frozen kind – they don’t get as mushy. Really, it will be fine. Can I please have at least one thing that reminds me of home?” There may or may not have been wailing.

We settled ourselves. It wasn’t an argument. Just two stressed people trying to come to terms. (Did I mention that he was in middle of taking his sister to and from chemo while we were having this discussion?)

It Was More Than Thanksgiving

In the middle of planning my first Thanksgiving feast, I was still working. Daddy had this week off for vacation, and we both agreed (I suggested and he ok’ed) that I should try to get in as much work as possible while he could watch the boys. My work isn’t physically difficult, but writing for hours on end can be mentally draining. To top it off, I picked up a new client, as well, who wanted me to start as soon as possible. For the money they’re paying, it was worth it.

Every day I told myself that I’d spend the afternoon or the evening watching TV or just vegging out on the couch. It never happened.

I planned the Thanksgiving feast.

We bought our new Christmas tree and things we need to decorate for Christmas.

Daddy’s computer died and he spent countless hours attempting to fix it…and lots of money buying the parts he needed. To say he was stressed would be a major understatement.

We had a lot going on, and we were stretching ourselves a bit thin.

“We Each Have Our Part to Play”

Daddy knows me and the kitchen. More than once, I have politely asked him to stay the hell out of my kitchen. He knows.

Instead, he kept the boys occupied, cleaned the living room, and made sure the table and chairs were ready for our guests.

I cooked and cooked…and cooked. And washed the dishes. Lots and lots of dishes.

I sat down for a few minutes and rested while dishes were baking. I hated watching him work while I sat still. “We each have our part to play, Babygirl. You’re doing plenty. This is my part.” I’m not sure I’ve ever loved him more.

By the time we sat down to eat, I needed a nap.

Everyone ate and complimented the chef. I may or may not have blushed a bit. It’s never as good when you do the cooking, but I knew it was fine. The turkey cooked all the way through and the stuffing came out ok. And nearly everyone loved the green bean casserole. Only one person didn’t finish his portion. (Ahem, I’m looking at you, Daddy. /giggles)

After we ate, Daddy, the boys, and his family made their way into the living room to relax. I cleaned the kitchen, put away the leftovers, and did even more dishes. None of it bothered me. It was nice to see the kitchen put back together and everything put away.

We all sat around and talked. Finally, dessert and coffee. I was up and running – coffee brewing, pie cutting. Anything to be a good hostess.

It was late before everyone was gone, and we were able to truly relax. Both Daddy and I nodded off while reading before we finally admitted defeat and went to bed.

We Needed More Than a Good Night’s Sleep

The next morning, I woke up very late, 9:30 or so. I felt guilty for sleeping so long. Daddy was already up, and I still had plenty to do. Laundry, cleaning, work. I crawled out of bed and moved slowly. I took a look at the kitchen sink. A few dishes left over from dessert – I couldn’t make myself do them.

At the same time, we discovered more computer parts had come in. We each had our project for the day. Laundry and cleaning for me. Computer repair for him.

By the time I came home from the laundromat, I was shaking I was so tired. I didn’t understand why. I’d slept for 10 hours the night before. In the grand scheme of things, I didn’t have that much to do.

Daddy was dealing with his own stress. The computer wasn’t doing what he needed it to do. Even as I’m writing this, the problem is still a mystery and may require more parts to be purchased. The unexpected expense is stressing us both out.

He was snapping and I was teary. I went into complete meltdown mode. It was a few hours before he could disengage enough for us to talk, and I wept. Wept.

“I have nothing more to give. Nothing. It took everything I had to wash the dishes today. I can’t do anything else. I need a break, but there is no break. There’s always something more to do, and I just can’t.” I was definitely wailing.

He let me cry (weep). He stroked my hair. He was solid and warm, and just his presence was a comfort.

“This is a first. Normally you melt down before the stress, not after.”

Not a Single Fuck Was Given

After I dried my tears, blew my nose, and sort of put myself back together, I still didn’t have the energy to do anything, but the all-consuming guilt was gone.

It was his turn to melt down (in his Domly way, of course). The computer issue was still a mystery, he may have to buy new parts. He just wanted it to work, damn it. I reassured him that I’d pick up as many writing jobs as possible. We’d put the money back in savings. I didn’t want him to stress, and I’d do my part to ease it – if I could.

After a few minutes of both of us gnashing our teeth and thinking too much about things we can’t control, I asked him, “What do you want to do about tonight?” There was still dinner to deal with, things to do.

He decided, money be damned, we were going out to eat. No one was cooking or washing dishes. We were getting out of the house, damn it.

Now that I was out of my head, I could feel the stress and aggravation coming off of him in waves. It was my turn to offer comfort.

I’m a babygirl, y’all. I will do anything to make him smile (and growl). In the privacy of our bedroom, while he was trying to get ready to go out for the evening, I was on my knees, attempting to lick his cock. I bit his butt, nipped at his thighs. I wiggled my butt in as enticing a manner as I could.

Finally, a reaction. He swatted my ass, pulled my hair, and growled.

I think he felt a bit better, too. We went to dinner, walked the mall, found a few things we couldn’t live without (the 5yo desperately needed new pants – damn growth spurt), and peeked at Santa Claus for a minute.

By the time we came home, we were both in better spirits.

I looked over at him and said, “I think I know how to sum up this day.”

He gave me a quizzical look.

“And on this day, not a single fuck was given.”

The lesson I learned, and I think applies to anyone who takes care of anything or anyone (Dominant, submissive, vanilla, whatever) is this: we can give too much. We can give until we’re empty. We have to try never to let ourselves get to the point of being completely empty. For me, I have to let go of the guilt of not doing what it is I think I’m supposed to do. I have to take time for me and I have to let myself relax and recharge. I have no doubt that I’m not the only one who should remember that…am I?