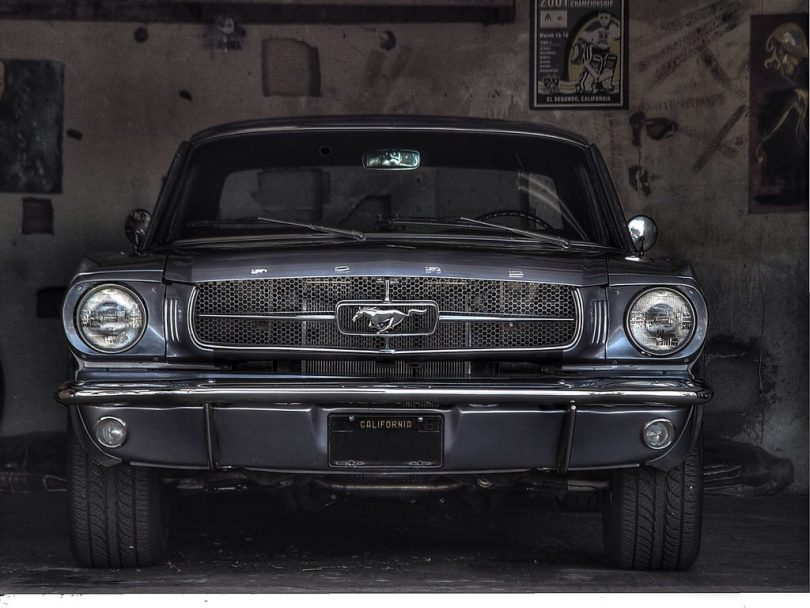 It took forever, you know. He let me sit there, dried up and alone for a long damn time. I thought he’d forgotten about me.

Then she left. Stormed out in the middle of the day. I heard the screaming from all the way out here. Something about how he never loved her, how he neglected her.

A few days later, he came to see me. Well, sort of. He banged around in the dark, grumbling, cursing, smelling of alcohol. I remembered the smell from my younger days when he and I used to go out all the time. Fuck, those were the days. Women, booze, and late nights. I’ve missed that shit.

I missed the smell of wet and wild women, women who moaned from the backseat, “Give it to me, baby!” with their heels slammed into my seats. Their fingertips pressed against the fabric of the ceiling. God, those were the mother-fuckin’ days.

Now, she was gone, and he was drinking. I figured I’d continue wasting away out here, becoming nothing but an old rust-bucket. Until one day, he let the light in. I heard the creaking of the garage door opening.

“I’ve still got you, huh, brother?” Was he talking to me? Hell yeah!

“Let’s see if we can get you up and running.” He worked on me every day when he got home from work, late into the night. I don’t think he slept much. New parts under the hood, new interior. I was starting to feel like my old self again.

He started taking me out for rides again. Finally! I could rev my motor and let ‘er rip over winding roads and straightaways.

“Ok, old boy. We’re not so young anymore, and I don’t want a ticket. We gotta take it easy.” He tapped the top of my dash. I knew he was right. Damn it.

But some things never change.

He took his sweet time, but one day he dropped me off at a different garage. What the fuck was my first thought, then I realized what he did.

The guys at the garage were real pros, ya know? They handled me just fine. I think they were jealous of him. Who wouldn’t be? I’m fucking awesome.

“Yeah, heard he let this guy rust away after the marriage. She didn’t like this car. Don’t know why. From what I heard, she fucked him in it when they met.” That was the shop owner. Been friends with my guy for years. From what I can tell, he faded away like I did when she arrived. Fucking bitch.

“Now she’s gone, and he’s fixed his car? Good move.” I liked that guy, whoever he was.

The shop owner was right. They fucked like bunnies on my back seat the first time they met. More times after that, too. She made the best noises, screaming and crying, calling him Daddy. My leather was always wet as hell with her. Smelled like sex for days after that one.

When he came to pick me up, I was ready to go. I wanted to feel the road under my tires, damn it!

“Oh sweet! He looks better than ever. We’re going out tonight, old boy.”

Good. Let’s see how quickly the next one jumps in for a ride or two. Pretty sure between us, we can make all the girlies wet as hell, especially with my new paint job.

Best Wicked Wednesday ever! The challenge – write a story from the point of view of a car that’s just gotten a new paint job.