This week I’m shamelessly promoting a book I’ve read and loved! The Riding School is Book One in the Pony Tales Series by Christina Mandara. Just a few pages in and I knew I wanted to read the next one. It’s kinky, but not my kind of kink. Even so, it aroused me and made me want more – that’s the mark of a good book!

Here’s my original review on Amazon. 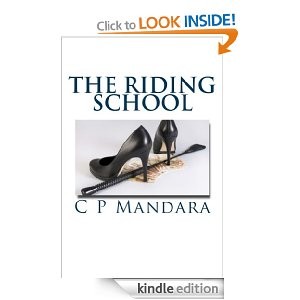 The trouble is, how do you escape when you’re tied up, gagged and constantly sexually aroused?

Which Master or Mistress do you turn to for rescue? And what do you do if you suspect you might actually be enjoying yourself?

Book One features Jenny’s abrupt induction into the realm of Pony Girls, where she finds herself being stripped naked, medically examined and intimately measured for her new uniform – as a human horse.