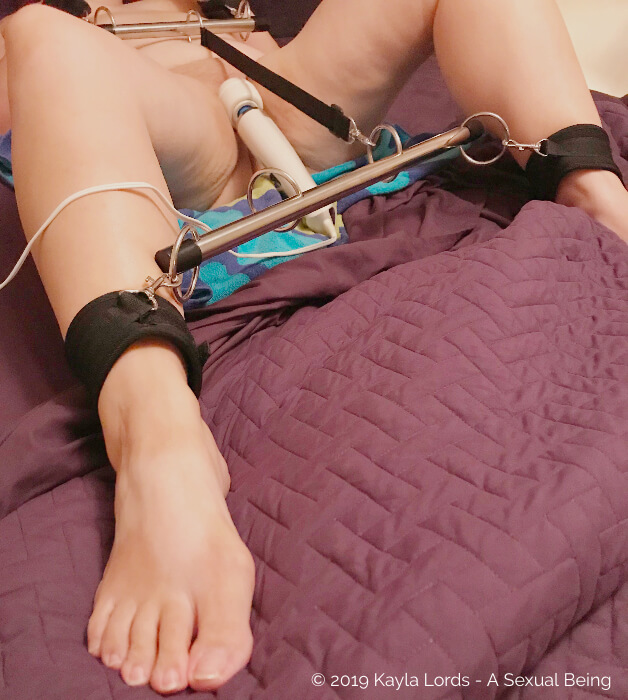 “Tangled Up in You” by Staind

I don’t remember the exact night we took this picture (there’s an entire set, actually). I can’t even remember what prompted the play. But what I found that I love about spreader bars is the same thing I love about all bondage I’ve tried so far. The resistance to everything I think I want.

I want to pull and tug and strain…and find that there’s nowhere left to go. Every movement is restricted by what the gear and John Brownstone allow. Within specific limits, I can move all I want. In fact, it’s not only encouraged but egged on as the intensity ratchets up ever higher. But eventually, a force greater than myself stops me. No further movement available, nowhere left to go.

In the meantime, I’m tangled up in toys and gear and cords. My actions are both hindered and forced by the tools at his disposal.

And then there’s the tangle of pleasure and pain, overwhelming emotions, and mental barriers. I run up against the sides, bouncing off one, looking for relief, knowing there’s no where else to go.

That’s what I love about bondage.