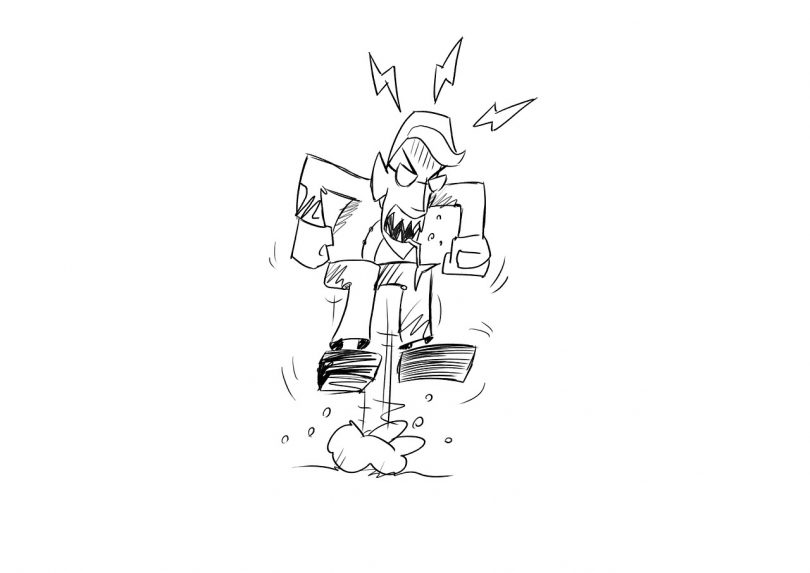 The weekend was almost too long. Twists, turns, frustration, disappointment. John Brownstone and I wondered if it would ever end.

We grumped, har-umphed, and someone (who shall remain nameless because she’s the editor around here) sulked and cried a little, too.

Friday was a long day of questioning our parenting skills with a therapist while learning the oldest might have mild depression. It was a day of apologizing to school faculty for the poor choices of an almost teenager. Plans were derailed with work and worry and wondering, “Have we fucked up?”

(No is the official answer.)

John Brownstone worked late Friday night, and I fell asleep in the recliner, phone dangling from my fingers. In bed by midnight, we both clung stubbornly to our nightly reading and phone-checking routine, exhaustion be damned. Neither of us fell asleep so much as passed out.

The next morning, I woke up with a jolt as he snored lightly by my side. I picked up my phone and began scrolling. Funny things, questions asked, comments made.

My nose was deep into news headlines (because that’s how all Saturday mornings should begin, right? *eyeroll*) when I felt him move next to me. Assuming he was still asleep, I continued scrolling.

A warm hand snaked over my shoulder and down my arm. Goosebumps followed in his wake. He kissed my back.

Gawd damn his morning voice is deep and sexy. I mumbled a good morning, not sure what to expect.

When his foot hooked around my leg, pulling me out of my curl, I dropped the phone. His fingers reached between my legs. Lately, I’ve resisted his rough touches, shying away, whimpering.

I leaned into his hand, nearly growling with need. Make it rough. Make it fucking hurt. I can take it, goddamnit.

Need and desire built into a swift crescendo, ready to crash down. I tried to beg and plead. Before I could stutter the first “please,” he said, “Come for me. Now.”

His voice gave away his urgency and need. We matched each other, need for need, urgent and wild. I cried out, hiding my face in the pillow as he pushed me through my climax. Fluid splashed my thighs.

Pulling me back against his body, he reached down for his cock. Was that one orgasm enough to make me wet? Would we need lube (again, as usual)?

He rubbed his glans against my slit. My cunt squelched and dripped, coating us both. Sliding his cock in deep, he grabbed my arm and held my body still.

Did he thrust five times or a dozen? For five minutes or half an hour? I have no idea but he came with a roar that he only barely remembered to choke back.

For a few minutes, our recent frustrations were forgotten. We gleefully imagined that the rest of the weekend was smooth sailing. We were wrong, but for a brief time, we didn’t care.

Welcome to Masturbation Monday! Let’s see, my kid punched someone at school and still doesn’t think he was wrong. Our washing machine broke down (with clothes in it) and instead of a Christmas thing we had planned, we bought a new one. (Thankfully most of the rest of our Christmas was already done and thankfully we’re even in a position to buy a washing machine.) I cried in a Staples (an office supply store) before and after John Brownstone bought me a new office chair. And we fucked. So yeah, a normal life of frustration for two normal people. Hopefully your frustrations haven’t been too overwhelming lately, either.

Looking for something uplifting and smutty? You know where to go!