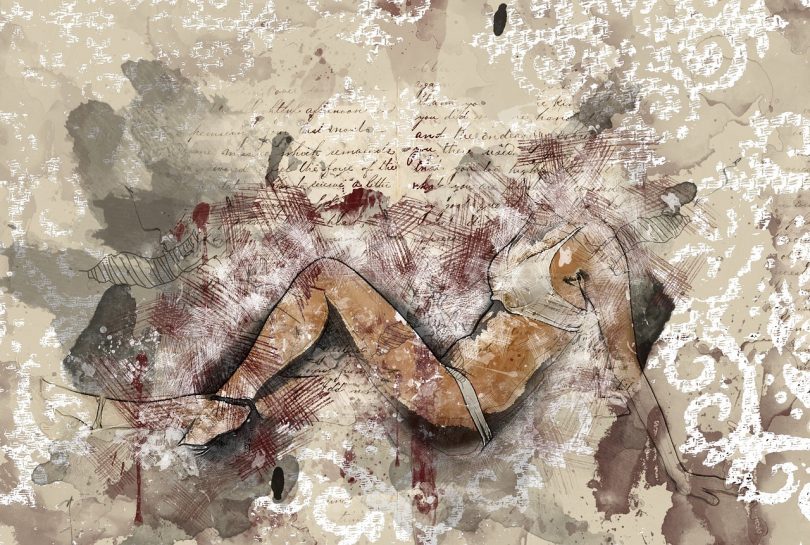 “Save those panties, girl. I’ve got plans for them.”

A lacy thong that my finger tore right through, never to be worn again…or so I thought…

“What panties do you want me to wear tonight, Daddy?”

He hands me the familiar panties, and I know what he has planned. And by “know” I mean I have a vague idea, and it will involve ruining this innocent fabric.

It gets hazy from here. I remember bending over the bed. His voice is gruff; his touch controlled but still rough.

Crystal clear in my mind, though, is the sound of each thread separating from the next. That RRRRRRRRIPPPPPP sound echoes in my memories.

Later, I squeal or sass or do something vaguely babygirl-esque. In response, those ripped panties are pulled from my body and stuffed into my mouth.

My body responds. Molten lava desire. A quieting of the mind. Waiting for whatever comes next…

From what little I recall – the memories are more visceral than anything – it’s pretty hot. Steaming, really. I know I enjoyed it, but we haven’t done it since. Why is that?

I have a few theories on why that is…

Neither John Brownstone nor myself are willing to damage perfectly good clothing for the sake of kinky fuckery. But if the clothing would be thrown away, we might keep it for later. That happens so infrequently. I tend to donate clothing to charity before it wears out – or wear it until it practically disintegrates.

For me, ripped clothing feels a bit like role play. Under normal circumstances, he would never rip my clothes off my body. If it’s going to happen, we’ve established a specific moment when it will occur, and we each have a part to play in the moment. He’s using a tone and words he doesn’t usually say. I’m expected to respond in kind. It’s an extremely basic role play, maybe the kind others wouldn’t recognize as such, but it still has the power to make me go cold.

Ripped clothing feels like it should be a spontaneous act but to a certain extent, it can’t be…at least not for us. In the moment, if I wasn’t expecting it (but still consented) I might find it hot. My mind wouldn’t have time to rationalize the experience and remind me that it isn’t “real.” Although, yes, the act of ripping panties from my body was definitely very real.

My brain can almost never get lost in a moment that feels vaguely artificial. Words I’d never usually say. Pretending to be someone I’m not. Role play – in the way I know it – simply doesn’t work for me. Since ripped clothing of any kind would require pre-planning (at least a little), I’m not sure I could ever be really surprised to find myself helpless as he rends fabric from my willing body.

I don’t dislike the concept of ripped clothes. Assuming they’re ruined already and about to be thrown, I’d say go for it. Rip it off. Make me feel small and helpless. Have your way with me. Yes, please!

But until my brain can get out of the way of the moment, I’m not sure it’s a kink I’m ever going to ask for…no matter how sexy the fantasy feels.