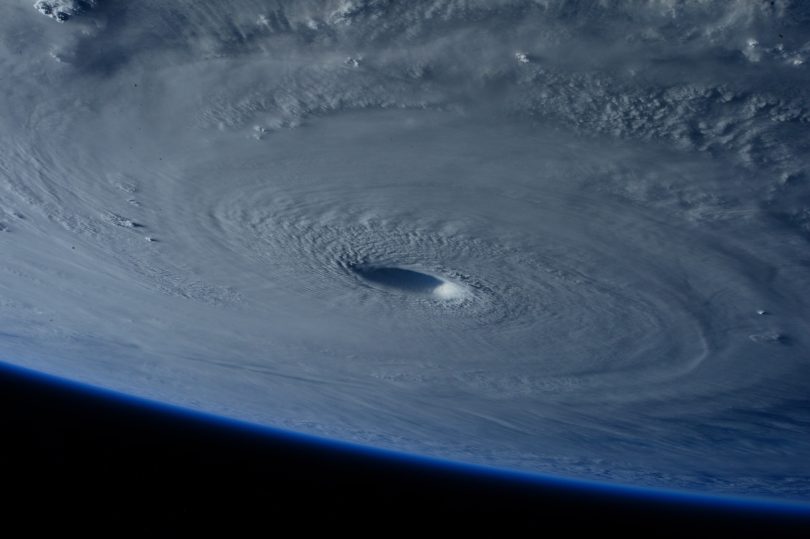 To understand my history with hurricanes so that this part makes a little bit more sense, read Part 1 (<===click here!).

The news focused on Hurricane Irma when it was barely off the coast of Africa. I rolled my eyes, annoyed with the media. Not because the storm wasn’t important, especially so soon after Harvey. It is and was extremely important. But a storm that far out can and will do almost anything. The media created panic far too early. Watching it march across the Atlantic told us nothing, except that it was coming…eventually.

The track changed every several hours. I told myself to wait until the storm was 48 to 72 hours away from landfall in Florida before believing the forecasts. But, like everyone else, I got caught up in the news. When we thought it would go up the east coast, I breathed a sigh of relief and offered to house friends who live on that side of the state. Then the track changed. It would come up the middle of the state. Not great, but storms weaken once they hit land. We’d be fine especially since we were on the “good” side.

Every day, the track changed. And every day, any plans we’d made had to be adjusted. But we were prepared. John Brownstone and I discussed where we could go – my aunt in Ocala? My mom in Mississippi? Stay put and hunker down? We even had a plan for what to bring – all computer equipment, wedding stuff, and whatever else would fit.

But even as I participated in the planning, I didn’t believe we’d leave. I’d never evacuated before. But storms are unpredictable and we live in an area that hadn’t taken a big hit since 1921. I didn’t know which areas would flood, which wouldn’t, how the trees might hold up. The unknowns outweighed what I understood to be true about hurricanes. I told myself I would leave if necessary.

It came barreling across the Caribbean as a Category 5 and twice the size of Hurricane Andrew, scaring everyone. But certain things are true about hurricanes regardless of size. Over warm water, they strengthen. On land, they break apart (eventually). The northeast side is always bad. Storm surge is never good. The power will definitely go out. They can and will change direction on a dime.

I’d lived through all of that. I understood where we lived in relation to flood prone areas. I was convinced we would be fine, even if it would be tough in the aftermath.

Because as the news covered Irma for days and days, watching it’s every move with a breathlessness that bordered on obscene, the entire state panicked. Supplies sold out in my area days before the storm. Gas was quickly in short supply and well before south Florida was ordered to evacuate. The roads were crowded even as the storm track changed every few hours. No one knew what was happening but everyone wanted to get out of the way.

As with every other storm, I was ready to ride it out. John Brownstone was too, until he wasn’t. It took several hours to convince me, and finally, the local news said the exact right thing. We could get nine to ten hours of sustained hurricane winds. Even I didn’t know what might happen in a situation like that.

Our original evacuation plan involved taking both vehicles, which meant we could bring more stuff. By the time I was convinced we should leave, my nerves were shot. There was no way I would be able to drive. And, while we may have the privilege to be able to leave, even we couldn’t afford to gas up two vehicles all the way there and back. I wasn’t convinced we would FIND gas on the road.

Packing up to leave affected me more than I thought it would. For everything I said had to go, I had to leave something else behind. What would be left when we got back? Would we be able to come back anytime soon? I don’t consider myself a materialistic person or even attached to stuff, but I guess I am – at least a little.

I clung to my brand new “Babygirl” shirt – which still needed to be washed – and cried, telling him I couldn’t leave it behind. He said I didn’t have to, grabbing his Daddy Dom shirt, too. But I left behind pictures, books, postcards from so many podcast listeners, my stuffed animals, and (of course) nearly everything we owned. I tell myself these things are just things, all replaceable. But it’s amazing what your mind focuses on when you have to leave stuff behind. The smallest things become very important.

When I could think again, after a while spent in the car, heading out of the state, I realized I was less upset about the stuff I left – although, I’ll be legitimately sad if something happens to it.  Instead, the emotions came from a place I’ve never been, doing something I’ve never done.

I’ve never evacuated for a storm. Sitting it out, being there to start putting the pieces back together immediately, that’s what I know. This desire to get out of the way of the storm was foreign to me. I still don’t recognize the feeling, and I don’t like it. My father taught me to stay as long as possible. You might not be able to get back home, even if everything is okay, once you leave. You protect your home.

Being at home, even as a natural disaster swirls overhead, gave me a sense of control. No, I couldn’t affect the storm or the damage (of course not) but I knew what happened. I wouldn’t have to depend on others to tell me. I could feel in control even if reality dictated otherwise.

Sure, I hated leaving some of our stuff, but that pales in comparison to my hatred of leaving in general. My body and mind rebelled at the idea. After so many years in hurricane territory, I understood the risks and dangers. For those (including my mother) who say, “But what about your children?!” it never occurred to me I couldn’t protect them.

Leaving felt like giving up and giving in. It went against 30-plus years of what I’d known to be true about hurricanes and how to survive them. That it was a good idea mattered less than that I’d never done it before. Did it make me a quitter? A runner? Someone who couldn’t “handle” it? And who was I to leave when our neighbors all stayed?

I don’t expect my thinking to make sense to anyone else. It makes little sense to me. Frankly, the further away from the storm we drove, the better I felt. Sitting in a cool air-conditioned kitchen in Mississippi as I write this, I’m glad I’m not in Florida. We’ve had pictures sent to us. We know our home is fine even though we don’t have power (as of Monday). The schools are closed and will remain that way for at least a couple more days. I may stay here until the weekend even if we get power back.

I can’t tell you if I’ll evacuate for the next storm. It all depends on the track, the intensity, and a million other factors – having the cash to buy gas and food being one of them. But just as I know I can survive riding out hurricanes, I can also survive leaving – even if I did feel like a stranger in a strange land as we headed down the highway.

Welcome to Wicked Wednesday! Clearly, there’s no smut coming from me this week. The prompt for this week was about foreigners. Hopefully “foreign feelings” count. If you’re looking for the heat, you know where to go.