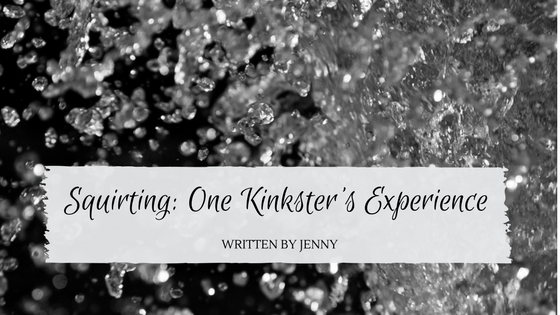 As Kayla mentioned, we met at Eroticon. After a few sessions, where we nodded approvingly at each other’s questions, we sat together at lunch. We were joined by a couple other sassy ladies we found along the way for some delicious nibbles and even more delicious discussions.

Being topped by someone who loves mess is incredibly freeing when you’re a squirter. Luke loved mess. We met at a party when I was twenty two. I’m sure he thought I could be a suitable submissive when I suggested he come dance with me. I was gently scratching his forearm.

After a few months of flirting (you know, the sort where I look up at him wide-eyed innocent look and he gently puts his hand across my throat to hear my breathing hitch) we arranged our first scene together.

I remember my first time as a jumble of sensations. The reflection in the bathroom mirror of us fucking against the door; the cold tile on my breasts as I stood in the shower. I had asked him to press me against the wall and piss all over me. He was more than happy to oblige.

He asked me to do the same, but I’d never done that before and no matter how hard I tried, or how many glasses of water he ordered me to drink it wasn’t to be that first time. He relented, promising that one day he would see me degrade myself by pissing in front of him. The thought disgusted and excited me.

We had finished our first scene, showered and I was dressed ready to leave. In the hallway I gave him another wide-eyed look. He shoved his hand into my knickers to discover I was still soaking wet. I let him push me back into the spare bedroom and onto the bed. He told me to touch myself so he could watch me while he fucked me with his fingers.

He was aggressive. He didn’t kiss me. It wasn’t tender or gentle. He was punishing me. I felt a building sensation. It was like an orgasm but deeper and I felt the urge to piss. I thought about asking him to stop but I was so close.

He made me come harder than I had ever done with another person; I fell back onto the bed completely exhausted. Then I heard Sir say:

“You just squirted on my arm.”

He sounded completely disgusted and held out his right forearm. I looked at him, breathless.

On my train home we texted with the enthusiasm of two nerds discussing the latest Marvel film release. Every single detail was relived and flirted over. We kept lingering on the moment that I left traces on his arm and the way he had licked his skin afterwards.

I had never thought of myself as someone who could squirt, but after our first scene and the conversation that followed we would certainly be trying for a second go.

Our next scene was a month later. My flat this time. I was tied to the bed and he was finger-fucking me with spiteful determination.

Again I felt like I was going to piss all over his fingers. This would usually stop me but he would have loved it if I did. I stopped worrying what was going to happen and I enjoyed what was happening. I relaxed a little – as much as one can when she’s tied to a bed and being pounded by a horny, angry man. I felt that building sensation take over me, tipping me over the edge. Then I squirted. I squirted on his fingers and his forearm and he kept fucking me. The sheets were soaked and I kept doing it. Once I began we both knew exactly what was needed to make it happen and he kept doing it to me. He wouldn’t stop. It was messy and so goddamn hot.

A few minutes later he untied me from the bed and dragged me into the bathroom for more.

I believe that if I hadn’t played with someone like Luke, who was so into mess, I wouldn’t have allowed myself to squirt. I had experienced something similar with a boyfriend some years ago, the same building sensation as he gave it to me hard with his fingers. I misinterpreted it then as the urge to pee and years later I was still misinterpreting the feeling with Luke. I never let myself go past that sensation with my ex boyfriend, I was concerned that ‘the wrong thing’ would happen.

If I had pissed all over Luke’s fingers he wouldn’t have cared; he would have loved it. Now I know what that feeling is I can let myself squirt without worrying the ‘wrong thing’ will happen, no matter who I am with. 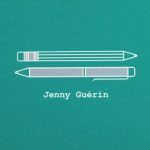