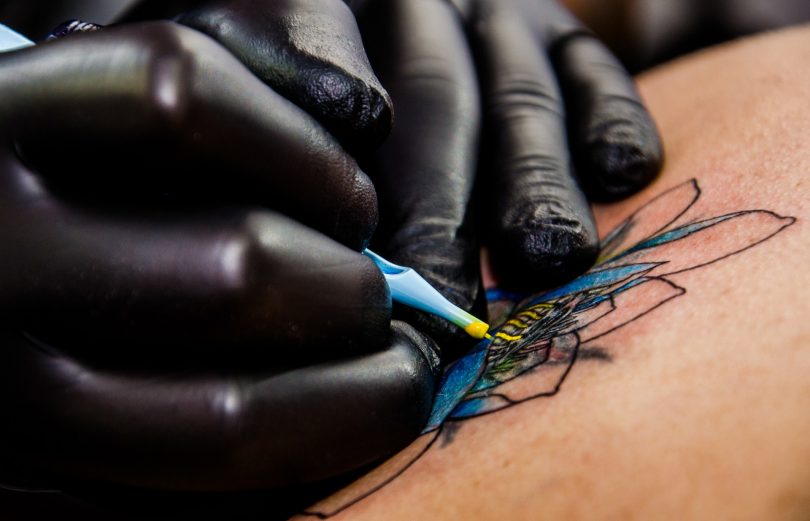 “Marks are memories made real on the skin…”

The first time I heard this saying among my kinky friends, I knew it was true. Sure, not all of us who like to get our kink on with impact play enjoy or want marks. But a lot of us do. We revel in our bruises, poking them later for the pain that triggers pleasure. We take pictures, pull down our clothes for people we barely know, anything to show off our marks. We’re disappointed when they fade.

For a time, I bruised easily. Maybe it was because I was new to impact play. Maybe it was my diet. Hit me just right, especially with a cane, and I’d sport the loveliest memory for at least a week. John Brownstone had a habit (sometimes he still does) of biting my breast until I screamed. I bore his mark for days, loving every second of it.

In impact play, kinky marks are temporary. They last for a short time, and then our body heals and we wait for the next moment, the next mark…the next memory. When we were in a long distance relationship, the bruises I might be left with gave me a connection to him long after he flew away. I’d place a hand on the spot, rubbing and pressing my mark, wincing in pain even as my cunt responded with pure desire.

And yet…in those early days, the idea of a tattoo – a permanent mark – scared me. I knew kinksters did it. Sometimes as a “collar” and sometimes as a mark of ownership. I understood the premise of it, but wasn’t sure I could ever consider something like that. Not that John Brownstone was offering. We were both too new out of our divorces to imagine ink permanently etched to our skin as a sign of devotion.

My Memories as Tattoos 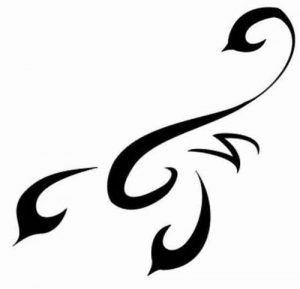 Not that I’m opposed to tattoos. I have a few, actually. For me to get a tattoo it has to mean something.

There’s the teenage impetuous mistake on the crease between my pelvis and hip – two cherries attached at the stem with cream coming out of them. Not done by professionals, I did it for the rebellion of the thing and because I was on a bed, surrounded by semi-dangerous boys with my pants unbuttoned. Even then a desire for others to have power and control ran through my veins. Now I recognize the potential danger I was in and the stupidity of the moment. But 17 year old me would do it again in a heartbeat.

The 21-year old BFFs tattoo is actually a set – a small butterfly and what I hope is the Chinese symbol for friend (that’s what we were sold anyway). The woman who has the matching set is no longer a friend (if she ever really was). She was a toxic influence on my life for 15 years before I was finally strong enough to cut her off, tell her to go away, that I needed a friend who cared about me as much as I cared about her. But the tattoo remains.

My third (and currently final) tattoo is a bit of an optical illusion. From one angle, it’s a scorpion – because I’m the walking, talking definition of a classic Scorpio and proud of it. From the other, a graceful swan. When I had it done, I’d just turned 32. My divorce had been finalized two months before, and the kids and I moved out of a home that carried nothing but negative memories for me. I felt free and alive. I wanted to mark the occasion, and for my birthday I’d received money I wasn’t “allowed” to spend on bills. The tattoo was perfect. I still love it to this day. Even if I forget it exists. I did’t even realize the optical illusion aspect until after I’d gotten it done and a friend pointed it out.

As John Brownstone and I barrel towards our wedding day – it felt like it would never get here, and now it feels like there’s not enough time to get ready – my mind goes back to marks and tattoos. We’ve discussed collars and collarings only briefly. I think it will happen but our agreement is that’s his job to plan. Mine was the wedding.

I don’t love the idea of a collar around my neck. The necklace I wear right now suits me just fine. We’ve toyed with the idea of a bracelet, an anklet, maybe another necklace. It sounds okay but nothing clicks. No suggestion makes me think, “Yes! That’s the one.”

But my mind keeps going back to tattoos and marks on the skin. He can’t possibly bruise me as often as we’d both like. Not only do I not bruise the same as I used to, it likely wouldn’t be healthy. Nor do either of us have that kind of time to devote to kinky fuckery. The recoil I used to feel about tattoos as part of marriage or D/s no longer exists. In fact, the idea is growing on me. The more I think about it, the more I like it.

People talk about regretting tattoos years later. Maybe another person would regret my first and possibly second tattoos. I don’t. Even though my life has changed since those moments, these colorful marks on my skin are part of me now. They’re memories made permanent on my skin. Why shouldn’t I put a permanent reminder of the person who’s given me the best memories of my life on my skin to carry with me always?

Welcome to Wicked Wednesday! This week’s prompt was about tattoos. Nothing sexy comes to mind, although I enjoy reading sexy stories where the main protagonist has a few tattoos. If you like that, too, I’m sure you’ll find some of that this week.