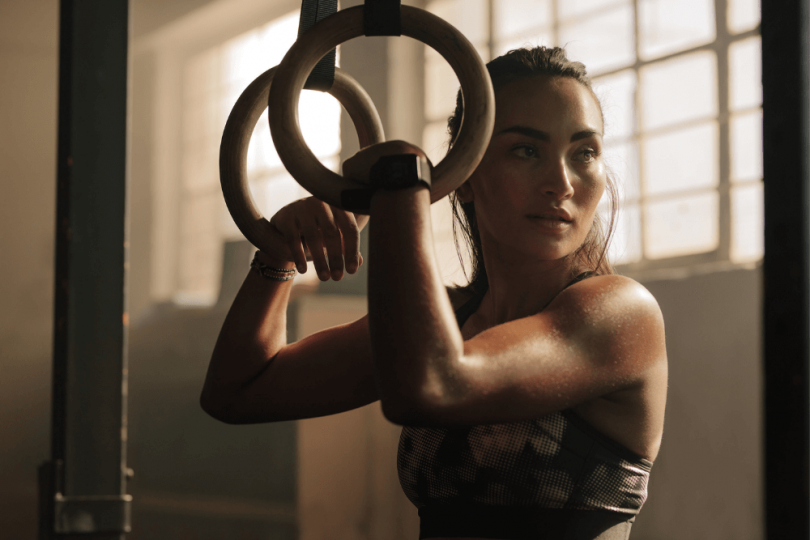 I just need to write this down. Commemorate it. Memorialize it somehow.

So here I am. Cracking open a journal I bought years ago as part of my ambitious hopes as a writer. Will I write here again? Maybe. I don’t know. If I ever have another encounter like this in the future? No promises.

Oh gawd, am I really procrastinating in my own journal?

She was on the stair stepper machine in front of me at the gym. Tight leggings. The compression style I hate on me because they’re too confining but that looks good on almost any ass. She had on a razorback sports bra so her muscular shoulders were on full display. Her ponytail swayed back and forth with the effort of each step. Her ass was cupped perfectly by the stretchy material. There was jiggle to each step. My mouth watered.

I tried to watch the TV on the wall beyond the cardio machines. I really did. But my eyes were drawn to her butt, those thighs, even her fucking calves, covered in turquoise spandexy material. I even liked her damn shoes — practical and supportive but still a cute color. I thought this would be a momentary visual pleasure, as long as I didn’t ogle her. That would just be gross. I should, at least, be better than the gym-bros who openly stared at anyone wearing a sports bra.

When she hopped off the machine and walked away, that should have been it. She would move on, I would continue a slow and steady gallumphing pace on the treadmill. It would be a pleasant moment for me, but one she’d never know about. I’d remain anonymous and definitely not creepy.

But when she turned around, she caught me staring. In my defense, her ass is mesmerizing, and I was torn between wanting an ass like that and wondering what hers would feel like in my hand. Look, I got distracted and forgot to look away and be polite (and again not creepy). It should have been a harmless moment of appreciation that never impacted her at all.

We made eye contact. It lasted for-fucking-ever. I couldn’t look away and she just…didn’t. Instead of frowning or looking disgusted with me — AS SHE SHOULD — she…smiled. Smirked. WINKED.

I almost fell off the treadmill. Yes, even at 2 miles an hour, you can stumble on a treadmill…when you forget to move your feet.

She walked away and her hips swayed. I’d just watched her climb stairs for twenty minutes, and I promise you the sway hadn’t been there. Was it for my benefit?! Impossible.

I know my face was red and hot. Thankfully, I could blame it on my workout…if you’re the type to nearly fall off a treadmill, any movement is probably an effort and worthy of a red, sweaty face.

But I stayed where I was. The last thing I wanted to do was accidentally bump into her or make her think I was following her. Except…she stayed very much in my line of sight. I assumed that was accidental, and once she was further away, I felt less guilty about enjoying the view, although I tried to be less conspicuous. I really did.

Watching her lift weights was awe-inspiring. So much power in those arms, legs, and fuck me, that ass. I enjoyed watching her sneer at dudes who attempted to spot her without asking first.

I couldn’t hear what she said but her body language was clear: Back up and fuck off. Which made me laugh. Out loud.

When her head whipped around in my direction, I was caught again.

I looked away, refused to make eye contact again. She was already dealing with these creeps. She certainly didn’t need a dumpy, middle-aged lady to ogle her in the gym, too. Time to go. Maybe cancel my gym membership forever. Never come back. Move to another state. Change my identity. Anything to lessen the humiliation.

I got off the treadmill, thankfully without breaking my neck, and rushed to the locker room. I wanted to leave immediately, but I had to take a shower first — I had a lunch date with Kenzie, my BFF, who would hopefully console me or tell me it wasn’t as mortifying as it seemed. Knowing Kenzie, they’d tell me it was exactly as bad as I feared but that it was also funny as fuck. At least I hoped so.

I looked down at the ground, determined not to stare, even though, fucking hell, I wanted to. This was not the place to do that. It would be completely inappropriate. A violation!

Her voice was husky, gravelly. Commanding. I stopped in my tracks but still didn’t look at her.

“Would it help if I told you to look at me?”

“I know you were staring at me earlier and I know you liked what you saw. And all I’m saying is that yes you have my permission. Take a good, long look.”

My eyes nearly popped out of my head. What the fuck was happening? Was this a setup or a real offer?

She sighed heavily, and then I heard, “Okay, fine, we’ll do it your way. Look at me. Now.”

It was the force behind the “now” that did it. I know I’m submissive, and I know I respond to a certain type of confidence and dominance. And fucking hell, I wanted to look but I definitely needed her to give the okay first. So I did. And there she was. Sitting on the bench. Knees spread. Arms bracing her on the bench so her breasts jutted forward. She had dark, tight nipples. Her skin looked smooth and soft. Kissable. Lickable. What would she taste like?

I nearly dropped to the ground. Talk about shock and awe.

“What is happening right now?” The words came out in a squeak, reminding me of how awkward I really am.

She smirked again. “I saw you watching me while I was on the stair machine.” In my stunned silence, she continued. “I guess you didn’t notice the wall of mirrors in front of us under the television sets? I watched you watching me, but you were too intent on my ass to notice. You’re not exactly subtle.” Then she chuckled. A dark chuckle that made me want to fall on the floor in front of her. And beg for…? Fuck me, I don’t know but if she commanded it, I’d beg for anything.

All I know is there I was, wrapped in my own towel, damp, feeling as exposed as I’ve ever been, in front of a gorgeous woman who didn’t even know my name but already controlled me. And all I wanted was for it to continue and for us to not get caught. We were in the gym locker room for fuck’s sake!

“Got your fill, little girl?”

I internally preened at that “little girl” bit. And no I hadn’t, but I really needed to get dressed and feel less out of control. So I nodded, knowing this was a once-in-a-lifetime moment, and DESPERATE to dissect every detail of this strange encounter over lunch.

“Hmmm, I don’t believe you. Plus, I think there’s an imbalance here because you’ve seen me, but I haven’t had the privilege of taking you in…yet”

I audibly gulped. Taking me? Yet? Was she going to ask me to drop my towel? Go into a stall with her? Would I do it? Yes, of course, I fucking would! And I think we both knew it.

“Too bad I don’t have time today.” She sounded almost disappointed but this had to be a game she was playing. It had to be.

I don’t know why I didn’t walk away, go get dressed, and ignore this sexy but clearly dangerous woman. Probably because she hadn’t told me I was dismissed.

“But I can make time. Tomorrow? Same time? But this time, I’ll watch you…from the cardio section to the weights to this bench right here.”

I shivered. From fear? From anticipation?

My mouth gaped like a fish out of water.

“Give me an answer or I’ll assume you’re not interested.”

Fuck me, there it was again. That commanding tone, one that made me want to give her anything she wanted, including permission to stare at my naked, lumpy, bumpy body, even though I still didn’t know her name.

I nearly came right there in front of her. The throb in my cunt was immediate and insistent. Could she smell the desire?

“Oh, I do. And later, we can go somewhere else, have a real conversation, see what happens from there.”

I nodded wordlessly, already anticipating tomorrow.  A little sad that she was now pulling clothes on.

As I finally walked towards my locker, she said, “Oh, before you get dressed, will you be a sweetheart and unlock the door to the locker room? We should probably let people back in now.”

Holy shit, she knew exactly what she was going. She fucking planned this! This is the kinkiest thing that’s ever happened to me. I didn’t even tell Kenzie what happened at lunch. I’ll tell them later, after tomorrow’s “date.”

Dear diary, you’re the only place I’ve confessed this. And let me confess one more detail…I still don’t know her damn name. 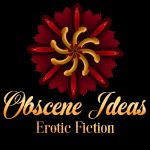