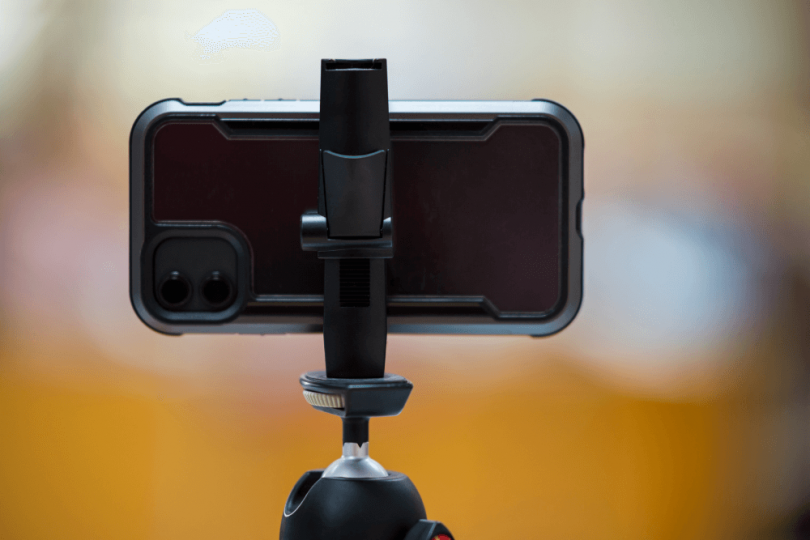 I set up the phone in a tripod atop my dresser, pointed at the bed. I wished for better lighting but the yellow hue of my lamp would have to do. He’d asked for something very specific, but he didn’t stipulate production quality. Once he saw this he might in the future. Maybe the shadows and drabness would be part of the appeal. Who knew with him?

Most likely, he didn’t care what I recorded or how it looked, only that I did it because he’d told me to do it for him. A test of my submission.

But because I didn’t know for sure, the details mattered.

I checked the view. Yep, there I was…in all my naked glory. I pretended not to care about the extra pounds a camera always adds. As many times as he’d insisted on leaving the lights on or having sex in an empty field on a sunny day, there was no pretending my ass and tits weren’t exactly as they appeared on camera.

Fucking hell. Let’s do this.

Staring at a point just beyond the phone, I kneeled on the bed, sitting upright, legs spread, hands wandering. His instructions had been very, very clear and were now imprinted on my brain.

“Start at your hair and work your way down. Touch your neck, clavicle, breasts. Pinch your nipples. Cup your tits. Squeeze them for me. One, then the other, then both. Run your hands down your stomach and over your waist. Let them glide over the tops of your thighs to your knees. Slowly bring them to your cunt.”

From there, the instructions were more detailed.

“Stroke your outer labia, front to back. Slowly. Gently. Don’t rush this part. And don’t grab your clit right off. Too fast, and I’ll just make you do it again — and not in the privacy of your bedroom with a camera.”

With a kink party coming up in the next few weeks, I knew how that threat would play out. The thought was mildly exciting but mostly terrifying. If given the choice, this was the easier option. Better to be patient and do exactly as he wanted.

“Stop. Lick two fingers. Now stroke your slit, slowly, sweetly. Once you feel that deep throb within, dip one finger in and out, until you’re wet enough for two. Finger-fuck yourself for me. Ride your hand. I want to hear you.”

I knew not to fake it. And I knew to keep going until the sounds he heard wasn’t just coming from my mouth. He was fascinated by how wet I could get when we played, especially once I was nervous or embarrassed. When he was with me, it only required his touch and a few reminders that I was a greedy little slut who wouldn’t mind if my co-workers saw me like this. (I would very much mind, but the idea got me so fucking hot that I flooded his hand every time.) He’d finger-fuck me faster just to hear the squelching, knowing that sound mortified me.

The next instruction was one he knew would end everything. But I had to work for it. Get my body hot, wet, and ready — without him there, but for his viewing pleasure later.

“Now you may touch your clit. Use your thumb while you ride your fingers.”

I forgot the camera. I forgot why I was doing this. I’d barely grazed the edge of my clitoral hood when I exploded. I threw my head back, tits thrusting forward, as I sank even further down onto my hand. Later, watching the video on the oversized TV in his living room during the screening he’d organized for the party, I’d learn that I shoved a third finger in my pussy. That I made unholy sounds of pleasure while fluids gushed from the center of my body. I would repeat the scene on the hands of more than one person at the party that night, too.

But at the moment, when I came back to myself, I only had one instruction left to follow.

“Don’t watch. Don’t edit. Just send it to me untouched.”

The last frame of the video is a wild-eyed breathless, wanton woman on trembling thighs with swaying breasts, smirking directly into the camera.