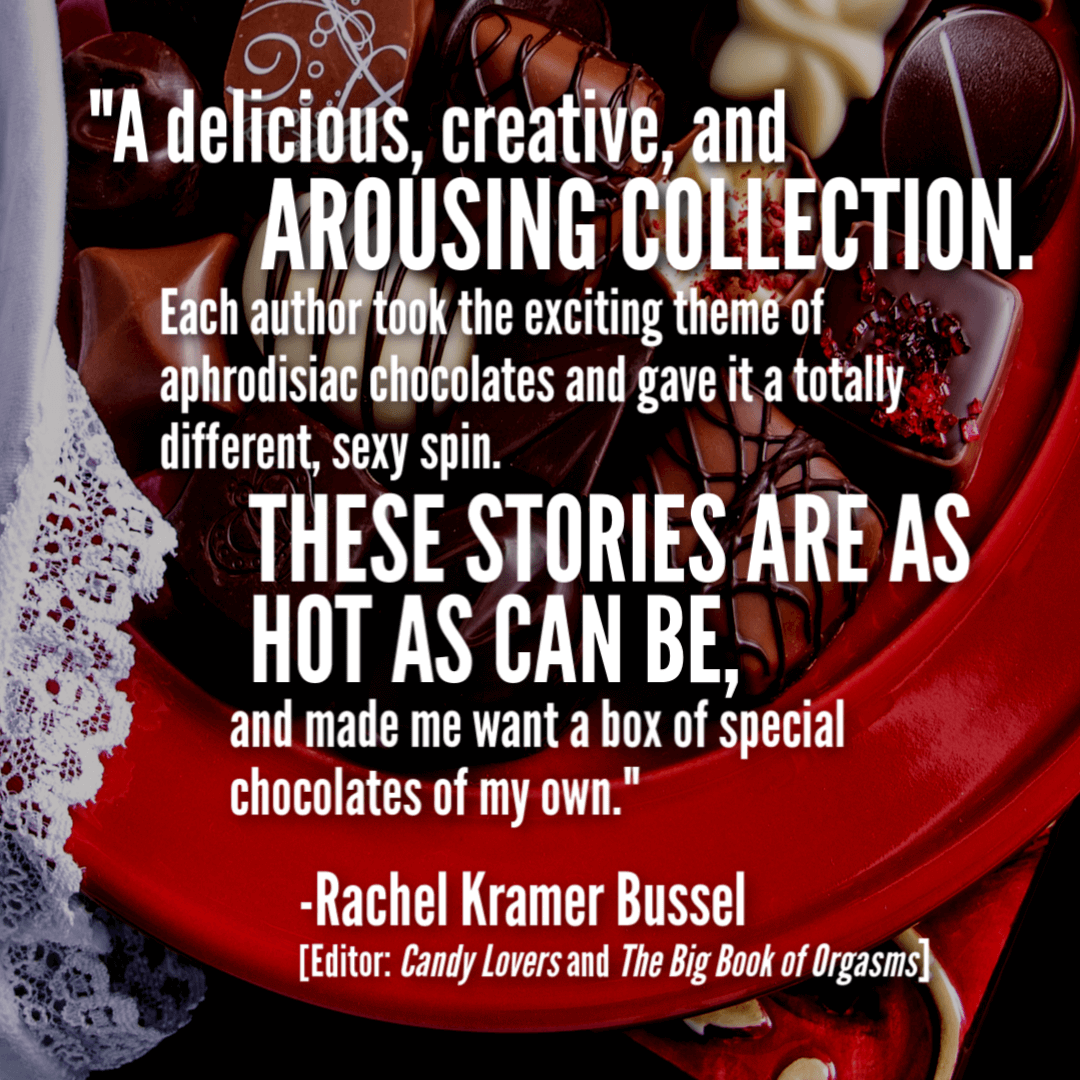 No matter what turns you on, gets you off, and makes you a happy erotica reader, you’re sure to find it in the latest release from Oleander Plume, Dr. J, and Mischa Eliot (the original Sisters in Smut) and all the amazing writers who submitted their stories including Angora Shade, Jayne Renault, Sally Bend, F. Leonora Solomon, Ria Restrepo, Kristi Hancock, Wednesday Noir, Rachel Woe, Delilah Night, and M.J. Spencer.

About Chemical [se]X 2: Just One More

Something for every taste.

Are you ready for just one more?

Want a peek under the covers before you decide? Check out this excerpt from the wonderful and talented Oleander Plume!

The Friend Zone by Oleander Plume

Together, we tore off the wrapping paper and lifted the lid. Together, we inhaled the aroma. Together, we stared at the 12 domes of dark and milk chocolate dusted with edible gold.

“You go first,” I said, never taking my eyes off the truffles.

“Scared they will work?”

“I don’t believe they will,” Vince said, maybe too quickly.

“Fuck it.” He set the box back on the table and picked out a piece. “Here goes.” My heart froze in my chest as he took a bite.

Chewing, Vince held up an index finger. Time stood still. I was on the edge of my seat, palms damp, trying to avoid the biggest question.

What would we do if they did work?

“Chew faster, damn you!” I shouted into my hand.

I saw his neck bulge as he swallowed.

Vince beamed. “Fucking delicious.” He licked his lips. “I feel normal, by the way.”

While he popped the other half into his mouth, I stuffed an entire truffle into mine and furiously chewed. The candy wasn’t delicious.

Rich and chocolaty, with the perfect amount of crunch. I grabbed three more pieces with one hand and was about to shove them into my mouth, paper and all, when Vince said, “Wait, Marnie. I feel funny.”

My eyes darted to the empty foot of space between us then up to Vince’s face, then down again, but before my gaze made it back to friend zone, I noticed a bulge in Vince’s gym shorts.

A bulge I’d noticed before, but never wanted to touch, until now.

I looked back up at his face. For the first time, he looked like a man, not the eleven-year-old boy I’d been best friends with since seventh grade. When had he grown so muscular?

We sat there, frozen, until Vince said, “Marnie,” in a voice so tinged with emotion, it broke the spell. My hand crept across the friend zone and hovered over his crotch.

“You can do anything to me. Anything.”

Rubbing my hand over his bulge, his expression changed from shy to brazen.

“That feels so good.” He lifted his hips and pushed against my hand, eyes heavy lidded, wet lips parted as he caught a breath. “But…”

“Will we still be friends?”

Buy your copy on Amazon • Check it out on Goodreads 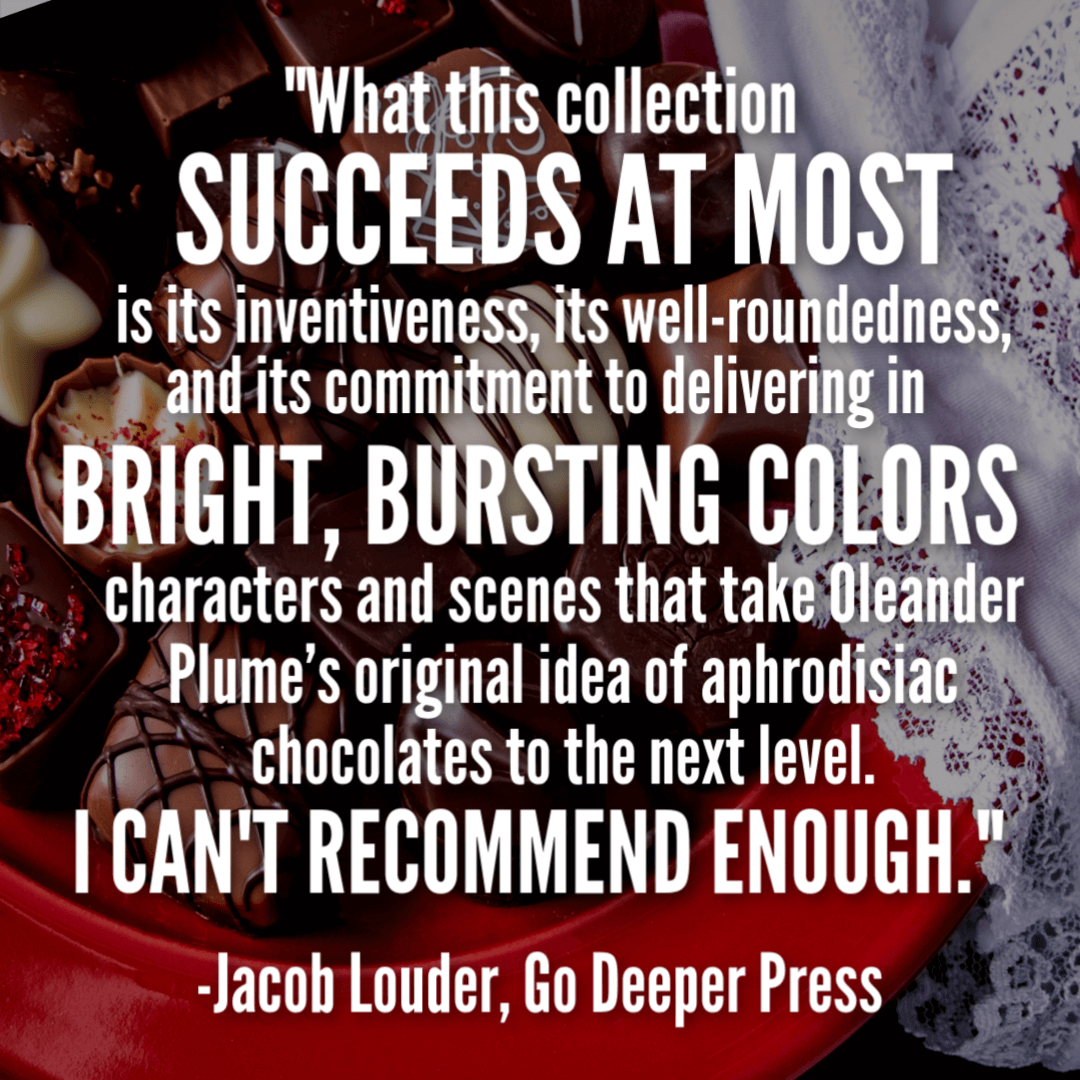 Meet the Authors of Chemical [se]X 2: Just One More

After you get your copy of this smutty, smutty goodness, you’re definitely going to want more. Go meet and follow these amazing creators and show them all kinds of love!