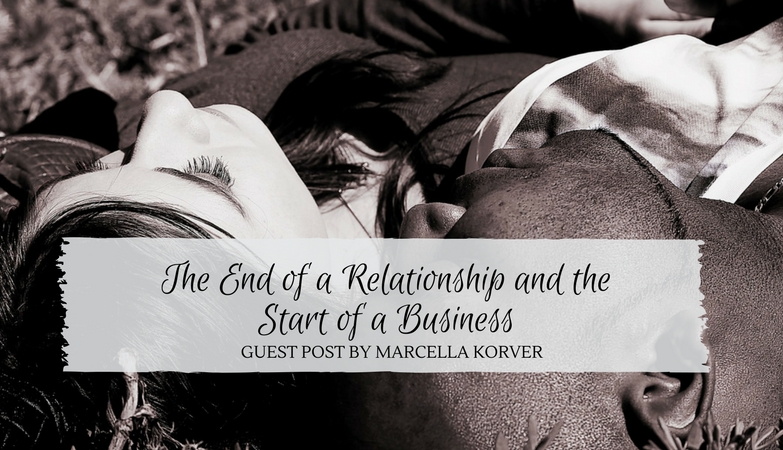 When Marcella Korver reached out to me by email to share her Kickstarter project, I was intrigued. Anything that helps people communicate about their sexy or kinky selves gets my attention. But I rarely promote products I don’t know anything about or haven’t tried. I had to turn her down for just a blanket, “Hey go look at this thing!” to all of you. But I was intrigued by the story she told of how she came up with the idea for her project. So I asked her to share that story with you instead. If, by the end, you want to know more, there are links to her Kickstarter project.

What I really hope you take away from Marcella’s story is that the end of one thing can be (and often is) the beginning of something else.

Only one year ago, enjoying the island life in the Caribbean, a German guy stole my heart. The time we had was amazing –  think palm trees, gorgeous house with a pool, and only two minutes from the beach. Unfortunately, after a few months, we had to fly back to Europe. It was the beginning of a few weeks of a long distance relationship. In reality, it was the beginning of the end for him and me, but also the beginning of a new project.

On our way to the airport, on the bus, he showed me an app whereby you could give yes and no answers on sex related items. Interesting and exciting! Because you had to pay to see your partner’s answers, we never continued with the app. But the idea behind it didn’t leave my mind.

Being separated from each other, having this app in the back of my mind, I wanted to do something romantic and fun for when we would reunite. I turned the idea of the app into an idea of physical cards. No app or laptop but candlelight and romance, the perfect setting for much deeper, intimate conversations.

One week before our next trip, I got bad news. He told me our lives together wouldn’t work out as my life is all about traveling, and his life is back in Germany. I was devastated.

For a few weeks I didn’t think of the cards I’d made, until I had a conversation with a good friend. He was in love with the cards from the start. He said he would buy something like this if it was on the market. And he wasn’t the only one. I started doing more research, improving the cards, the questions, and the look and feel. I also had it tested with 20 couples and sex and relationship experts. Now, a few months later I turned the personal project into a product (Cards of Revelation) which is on pre-order on Kickstarter. 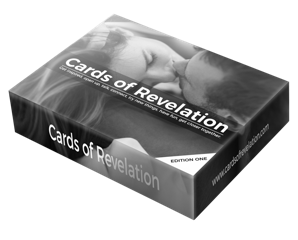 About Marcella and Cards of Revelation 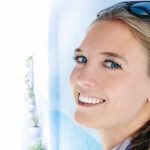 Now Marcella is the Founder of Active Workation after her three-year sabbatical traveling and kitesurfing around the world. And recently launched her first Kickstarter campaign for her second business, Cards of Revelation.

Cards of Revelation: Ever dared to ask your partner if they would like to go to a swinger party or if they are willing to use bed restraints? The Cards of Revelation is a set of 69 individual card which all suggest different topics to open up about with your partner. From less traditional positions, toys, open questions and a whole set of new ideas to try in the bedroom. It is the best way to get inspired, open up and find out what your partner likes in the bedroom.