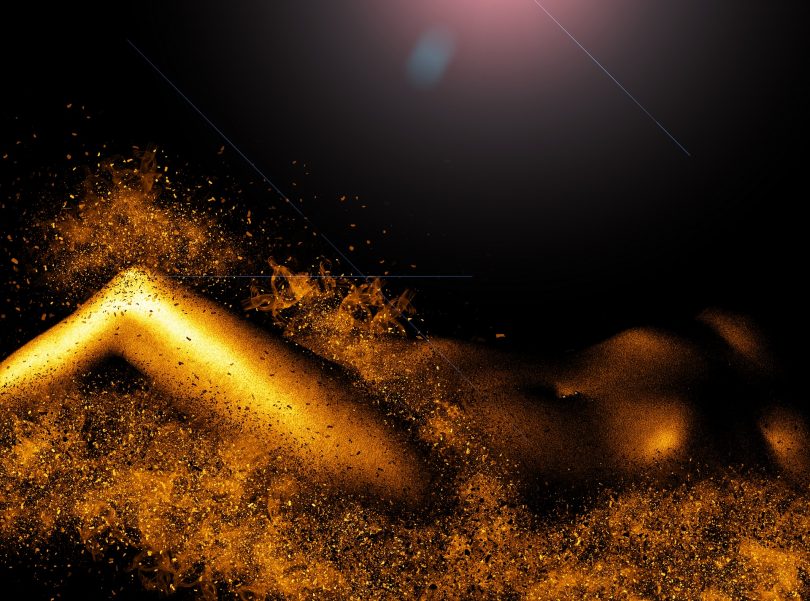 Maybe I should just rub one out.

After so many years with a partner who touches my clit more than I do, and a box full of vibrators to do the job, it felt almost quaint to put my hand between my legs and play with my body.

I’d missed the soft petals buried in my body that shift and move with my fingers. It had been so long since I sank my fingers into my body just because.

As I explored myself again, an old game came to mind. Stroke your clit and let the orgasm build. And don’t stop. No matter what.

That game needs a name.

My clit grew fat and heavy, pushing against my fingers. The tingles of pleasure I used to love began at the bottom of my feet and crept up my legs, like electrified molasses. Every muscle tightened. I reached out blindly and grabbed his arm. If he was watching me, I didn’t know or care.

I dug my heels into the bed, bracing myself for…what? Impact? I don’t know, but something was coming. Something good. Something explosive. Still, I swirled, circled, rubbed, stroked.

At times my body would spasm, my cunt clenching on itself. I kept going. Hissing between gritted teeth, eyes squeezed shut. This feels so good. It hurts so much. When will it end? Never stop.

The pressure and pleasure built, stoking an internal fire with each pass of my finger, until I reached a tipping point. Force the muscles to clench and let myself come or keep going.

“Aaaaaiiiieeeeeeeee!” I shrieked, not caring or knowing if I was heard, my body throwing itself to the side, burying my face against John Brownstone, my hand still moving between my thighs. The orgasm ripped the breath from my body, sending lightning streaking through each limb. I spasmed over and over again, shuddering against his firm warmth, feeling small, protected, and satisfied.

“Breathe, babygirl. Just breathe.” This too felt familiar, from the early days when I masturbated for him over the phone. “Did you have a good time?”

I chuckled, face still buried against him. “I’d say so. I think I should rub one out more often.”